Richard Pound is the senior active member of the International Olympic Committee and was the founding president of the World Anti-Doping Agency. He chaired the WADA Independent Commission that reported on corruption in Russian athletics in November 2015.

Recent publication of allegations that doping (the use of prohibited performance-enhancing substances and methods) in Russia is state-sponsored and affects the entire sports system in that country has, not surprisingly, raised major concerns in the sport community.

The World Anti-Doping Agency (WADA) has already released a comprehensive and devastating report in November 2015 on doping in Russian track and field, which, among other consequences, has led to the suspension of its national federation. Unless that suspension is lifted, Russian track and field athletes will not be entitled to compete in the upcoming Olympic Games in Rio de Janeiro. The expanded accusations, if determined to be true, could conceivably affect Russian participation in all sports.

The matter is obviously time-sensitive. Less than three months remain before the Rio Games. WADA has already made initial contact with the whistle-blower, who left Russia very shortly after the initial WADA report was released, and will proceed with immediate investigative follow-up. The allegations are extensive and serious. The whistle-blower, Grigory Rodchenkov, is the former director of the accredited laboratory in Moscow, someone in a position to know everything that was going on in and around the laboratory.

Step one, therefore, will be to interview Dr. Rodchenkov and to examine what other evidence he may possess. This will require both scientific and forensic legal expertise. Scientists will need to assess the claims he has made and to participate in any retesting of samples provided during the Sochi Olympic Winter Games in 2014. Forensic expertise will be required to determine whether it was possible to have opened and switched samples, kept in supposedly foolproof containers, followed by resealing the containers in a manner that would escape detection. Legal expertise will also be required to determine, for example, the source and probative value of a spreadsheet allegedly containing a list of athletes who were to be "protected" from any adverse analytical findings.

The WADA initial report had already identified the presence of FSB (the Russian state security agency, formerly the KGB) in the Sochi laboratory during the Games and on a regular basis at the Moscow laboratory. One might well wonder what possible interest the state security agency could have in the urine or blood of Olympic athletes. Dr. Rodchenkov's allegations go far beyond mere presence of the FSB in the Sochi laboratory and point to actual involvement in tampering with test samples.

Key to the entire matter will be the independent nature of the WADA investigation. It will not be influenced by views expressed in the media, by the public at large, nor even by athletes. In the Western countries, there have already been repeated calls for the banning of Russia, despite the lack of any specific evidence of concerted doping. The only exception was the WADA report in 2015, which, under its terms of reference, was limited to a single sport. While it may be tempting to extrapolate to all other sports, even-handedness requires more substantial proof. It is the role of WADA to determine whether such proof exists.

On the assumption – and I stress that at this stage it is only an assumption – that WADA is satisfied that Dr. Rodchenkov's allegations are true, the real challenges begin. WADA will report accordingly to the International Olympic Committee (IOC) and to any international sport federation whose athletes may have been involved. WADA has no power to order suspensions or penalties. It can only identify non-compliance with the anti-doping rules. Medals may have to be withdrawn and awarded to athletes who had been cheated out of the results they deserved. Canada's Beckie Scott is a perfect example. The two Russian cross-country skiers who finished ahead of her in Salt Lake City in 2002 were later disqualified for doping.

The current elephant in the room is, on the same assumption, what the IOC will decide regarding Russian participation in Rio. This will be a major credibility issue for the IOC and, indeed, for the Olympic Movement as a whole. Will the philosophy of fair play, honesty and the protection of clean (non-doping) athletes prevail? Or will those principles be sacrificed on some "political" altar? Do the rules of sport apply to major countries, or only to smaller countries? Does integrity matter?

The exposure of corruption and criminal conduct in two of the most important Olympic sports, soccer and athletics, frames the context in which the IOC will have to determine what course it follows. We are at a tipping point for international sport, whose future may well be in doubt.

Crises like the doping scandal or Zika put Olympic world in turmoil
May 13, 2016 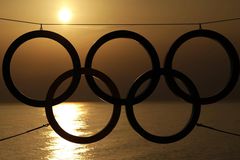 Russia has doping problem and is ‘sorry,’ says sports minister
May 15, 2016 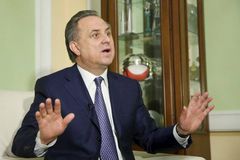