As the debate about Tamil boat people plays out, Canadians might ask themselves, "In whose interest?" Who has muddied the debate with suggestions that the boats are filled with criminals and terrorists, and why? Again, why all the fuss over an insignificant number of people, when Canada does not have a boat-people problem of the magnitude of Australia's? Government of Sri Lanka warnings that Tamil boat people are a threat to Canada's interests are calculated to provoke the kind of public response seen in recent weeks.

Canadians are right to be concerned about the security of their borders. Globalized terrorism is a threat to Canadians, as it is to Australians. And national identities are a precious commodity. In an unsteady world, and with a rising backlash in Europe directed at Muslim immigration, both Canadian and Australian governments are obliged to soothe these concerns, with measured immigration and refugee intakes. Both countries need strong border protection policies that deter human smuggling and provide a sense of security to their citizens. Somehow a balance must be struck with our international obligations. That is all the more reason why Canadians must resist letting the debate become confused by wild claims.

Sri Lankan government officials and self-proclaimed experts played the understandable worries of Australians like a fiddle as boats neared their shores. Australians were told that these were economic migrants, taking advantage of their country's generosity and slack intake laws - in fact, among the toughest in the world. Sri Lankan diplomatic representatives asserted that those on board had terrorist links. Finally, the plainly unfounded claim was made that fully half were terrorists and criminals. Actually, nobody knew who was on board, why they were there or who was behind these voyages.

Let's be clear: The Tamil Tigers were a menace, and there is reason for sensible precaution. In the 1990s, they set the pace for globalizing terrorist networks. In countries such as Canada, they provided seed money for legitimate businesses, and then skimmed the profits. They packaged arms deals, and maximized their purchases by selling onward to other insurgent and terrorist groups in places like the Horn of Africa. They cleverly exploited that least governed of places, the ocean, purchasing a fleet of a dozen merchant ships with which they collected and delivered those arms. The profits were used to buy more weapons, communications equipment and industrial machinery for their own nascent village-based arms industry. They manufactured rudimentary submarines and attack boats, and converted Czech-made leisure planes into an air force of sorts.

During three decades of insurgency, Tiger operatives using suicidal tactics killed thousands of Sri Lankan civilians, and wreaked havoc on the country's vital tourism industry. In 2001 they blew up Air Lanka's entire fleet as it sat on the tarmac in Colombo. The Tigers blew up banks, buses and barracks. They assassinated dozens of key leaders and military officers, killed one president and maimed another, and attacked any Tamil leader who tried to offer alternative moderate paths for Tamil grievances. Millions of ordinary Sri Lankans lived in fear that they might be caught up in the violence. But what of the experts' suggestion that the Tamil Tigers were linked to al-Qaeda?

As Michael Ignatieff says of the troublesome "terrorist" word, the equally fuzzy "link" word ought to be banned from the fraught boat-people debate. It is a word better suited to tabloids and gossip columns. True, in the late 1970s, a handful of Tamils trained with Palestinian factions in Lebanon. But "links" to al-Qaeda look rather shaky if one considers that every other terrorist group was there at the same time. The IRA was there, and Gerry Adams is not "linked" to al-Qaeda.

Apart from all that, should Canadians consider the Tamil Tigers a threat to their own security today? The answer is no. Aside from the 1991 assassination of Indian prime minister Rajiv Gandhi, their violence was shrewdly confined to Sri Lanka. The Tamil Tigers were a textbook insurgent group that resorted to terrorist tactics. Like the Kurds, Palestinians, Irish Catholics, the Karen of Burma or the Uighurs of China, the Tamils harboured a grievance born of both perceived and actual injustices. The Tigers mobilized those grievances into a broad-based revolution against the Sri Lankan state.

The basis of their gripes is a no-brainer. In 1956, the Sinhalese-dominated government made Sinhala the official language. Tamil passports, degrees, legal judgments and land titles were issued in a language they could not understand. In 1972, the government further marginalized Hindu Tamils by making Buddhism the state religion. That same year, the government introduced legislation that discriminated against Tamil entry to university. In 1983, an orchestrated pogrom killed between 2,000 and 3,000 Tamils, and burned tens of thousands of others out of their homes and businesses. Over the following year, the Tigers grew from a rag-tag team of 50 men into an army of thousands.

For years, few people across the world took much notice of the remote war that followed the pogrom in Sri Lanka. In October, 2001, the United States, concerned about the murky and poorly understood cross-pollination among terrorist organizations, finally began to crack down on Tamil Tiger fundraising activities on U.S. soil. They had not bothered much before, and did not consider them a threat to American interests. But with the global war on terror afoot, it seemed a bit rich to ignore the terrorist problem of one country, while asking them to take the U.S. war seriously.

In May, 2009, through a confluence of good management, foreign assistance and a series of Tiger strategic errors, the insurgents were crushed by the dogged brawn of the army of Sri Lanka. Their leader, Velupillai Prabhakaran, was killed, and the population they had controlled for almost two decades rounded up. Tiger territory was subsumed once more into the Sri Lankan state. A few months later, a dazed Kumaran Pathmanathan, the kingpin of the Tigers' global finance operation, was caught. The government and its military leaders boasted that the highly centralized organization was finished. Nobody seriously believes that the Tamil Tigers are a threat any more.

By late 2009, 50 boats had been intercepted by Australian customs. In that bumper year, around 3,500 refugees made the perilous journey, and arrived safely. Even at that rate, the Australian prime minister conceded that it would take 20 years to fill Australia's largest sports stadium with boat people. Of the Tamils who made it, spurious claims of terrorism, criminality and association with al-Qaeda were levelled, similar to allegations made in Canada.

Guided by its international legal obligations, Australia does not grant refugee status if it believes that a person has committed serious crimes. The vast majority were recognized by Australia as refugees, based on UN Refugee Agency guidelines and the UN Refugee Convention. A handful of arrivals were rejected by the Australian Security Intelligence Organization, the equivalent of Canada's CSIS. To date, nobody knows why. It later emerged that ASIO hadn't bothered to interview those who were rejected, so it seems likely (and odd, under the circumstances) that they largely relied on information provided by the Sri Lankan government. Of course, the defining feature of a refugee is that they have a well-founded reason to fear persecution back home.

Persecuted by whom? By the same people who are trying to dupe Canadians into turning the boats back. Sri Lanka is now one of the most highly militarized societies in Asia - quite a claim to fame if one considers China, Burma and Pakistan. It also features on lists of societies that kill their journalists and humanitarian workers. It manages public dissent and supplements law enforcement with death squads. The UN is currently reviewing 5,749 cases of Sri Lanka's "disappeared." The UN has also called for a meaningful inquiry into allegations that thousands of civilians perished in the final months of the war. The government says that it did not spill a drop of civilian blood.

Will things improve? We don't know yet. Fifteen months after the war's end, and with an electoral victory under his belt, there is no serious effort from President Mahinda Rajapaksa to remedy Tamil grievances with a political solution. Although the nastiest of the bloodletting has slowed, Sri Lanka remains a land of low-level repression where men in white vans snatch people curbside. Louise Arbour, now president of the International Crisis Group, says that a fig-leaf government inquiry into accusations that it did spill quite a lot of civilian blood is "bound to fail" because of the government's long history "of denial and impunity."

Recently vanquished, and with hundreds of thousands accused of "links" with the Tamil Tiger cause, many Tamils have a well-founded fear of persecution. It is precisely these types of people who reached Australia by boat, whose claims were ultimately vindicated and who are now settling in, grateful for sanctuary. As for whether the families who arrived in Canada this month were products of a smuggling racket or have jumped a queue, the Canadian interest is to keep an open mind, and to resist a vital debate being hijacked by foreign agendas.

Gordon Weiss is a former senior UN official in Sri Lanka and author of the forthcoming The Cage: The Fight for Sri Lanka and the Last Days of the Tamil Tigers . 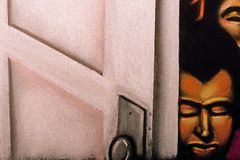 Opinion
No apologies for vigilance
August 13, 2010
Opinion
Down and to the right for Australia
August 20, 2010 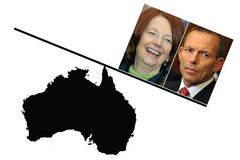