Central to an economic success story for the Conservative government are four pillars; jobs, taxation, trade, pipelines. Other than taxes, where they have cuts to boast about, the pillars are starting to look wobbly.

Trade? News out of Germany is that it may reject the free trade deal between Canada and the European Union. That would be a disaster. The agreement was touted by the Harper government as being almost as significant as Brian Mulroney's free trade pact with the United States. Observers, myself included, heartily applauded. But possible hurdles, played down in the rush to claim glory, are now becoming apparent. Germany is opposed to clauses in the pact that allow foreign companies the right to bring about dispute settlement proceedings against a host government. A return to the negotiating table seems likely.

Pipelines? There's been little but bad news. Prospects for the construction of the Northern Gateway pipeline have tumbled since the Supreme Court decision last month which effectively gives aboriginal groups more powers of control over lands slated for development projects. The Conservatives have been foursquare behind Gateway, as well as Keystone XL whose fate is also in great doubt.

Jobs? There's got to be a lot of consternation in the Tory camp over the economy's continued slide on job creation: Since the 2011 election, Canada has one of the worst records in the G7. Figures in June revealed that Canada created only 72,000 net new positions over the past year. Unemployment is now a percentage point higher than in the U.S. The outlook, according to Bank of Canada Governor Steven Poloz, is not brightening. "Right now, we do not have a sustainable growth picture for Canada," he said last month.

Ralph Goodale, the Liberal MP and a former finance minister, describes the Tory economic performance as "grindingly mediocre." Boasts of doing better than other countries are "neither true or relevant," he says. "In fact, some 140 countries in the world are projected to grow faster this year than Canada."

The Tories want to use their economic record as their main argument for re-election. Given their recent bad run of fortune, it will be more difficult.

Fortune is the operative word here. It is always amusing to see how the federal government is held responsible for the economy's condition when in fact it is only one player among many. Ottawa, of course, has no control over global trends, over pivotal decisions made in our provinces, in foreign capitals, in currency markets.

The Conservatives naturally tried to take the credit in earlier years when our economy was looking better, in comparative terms, than other major players, who were hitting rock bottom. The Conservatives took bows for an economic stimulus plan that opposition parties forced on them and which governments everywhere were undertaking to combat the steep decline.

The Harper government arguably got undeserved credit then. Given how much is out of its control on trade, pipelines, jobs, etc., it will likely get undeserved criticism now.

In this game, you are a victim or a beneficiary of circumstance. On foreign policy, Stephen Harper and John Baird are showing well at this time because Vladimir Putin in Russia and Hamas in the Middle East took reckless measures that made Messrs. Harper and Baird look like prophets.

On another domestic matter, the Senate scandal, much will depend again on something beyond the Tories' control: whether the Mike Duffy trial gets pushed back until after the election or whether it is heard before it.

The public, judging from the polls, does not seem overly preoccupied with any one particular issue. But if the Conservatives hope to make up the one-quarter of their support lost since the last election, the economy is looking less like the trump card. 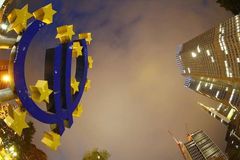 Failure not an option; Harper may need to compromise to get European trade deal
July 28, 2014
Opinion
Our duty is to stand firm in the face of Russian aggression
July 25, 2014 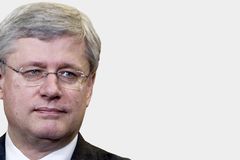