When Sergio Marchionne abruptly withdrew Chrysler's request for $700-million from the Ontario and federal governments last month – complaining that his subsidy demand had become a "political football" in the province – it seemed to many that he didst protest too much.

Corporate demands for government assistance have always drawn intense public scrutiny, with the pros and cons widely discussed in legislatures and the news media. Mr. Marchionne's sudden spurning of the hand he sought to feed Chrysler, just four years after both governments bailed out his company, took policy-makers aback. Was he was counting on them to panic and cave?

Only Mr. Marchionne knows. What's clear is that he didn't have a good answer when Ottawa and Queen's Park pressed him on how much of Chrysler's proposed $3.6-billion investment in its "Canadian operations" would actually be spent in Canada. Perhaps that's because the cost of auto plant upgrades is increasingly spent on engineers and software specialists, few of whom work in Canada, and on the sophisticated imported robotics that modern assembly plants now use.

It used to be that governments could justify auto industry handouts on the basis of the steady stream of tax revenues they would pocket from all those workers hired to assemble cars. But labour is a shrinking input in today's cars. The real value added is higher up the food chain – in design and engineering – and in the expensive robots that do most of the assembly grunt work.

This is one reason why labour's share of national income is falling everywhere. For decades, there was little fluctuation in the proportion of income accruing each to labour and capital. But since the 1990s, capital's share has been constantly rising. That's good for the owners of capital – in Chrysler's case, the shareholders of Italian-based Fiat – but not so great for workers.

It makes little sense for governments here to assist Chrysler if domestic workers benefit less and less, while the foreign owners of capital earn more and more of the income. This should make us especially wary whenever governments tout job creation as the reason for subsidizing manufacturers.

The robot revolution is just beginning. Automation is set to displace millions of factory workers. Even if Ontario's manufacturing sector produces more in coming years, its share of overall employment will fall and its share of wages will fall further.

Robots are just one of the "disruptive innovations" that are forcing policy-makers to reassess how they think about economic growth. There is a growing recognition that governments need to come up with new policies to ensure the gains from innovation are more fairly distributed between private owners of capital and society as a whole. Otherwise, unpleasant political consequences could follow.

This was one of the themes of Human After All, a conference last week sponsored by the New York-based Institute for New Economic Thinking and Waterloo's Centre for International Governance Innovation. With so many innovation enthusiasts gathered in one Toronto room, you'd think there would have been unanimity on its merits. But they seemed even more conflicted about the future than the rest of us.

"You have real dramatic changes in how business is done at the most basic level," former Research in Motion (now BlackBerry) CEO Jim Balsillie said of the changing shares of capital and labour in national income. "It's going to shift politics strongly to the left, maybe too strongly, if we don't start to get good representation in the system so that everyone has a really good stake in the system."

Capital comes in various forms, including physical (factories), financial (stocks and bonds) and intellectual property (the patents behind the software in robots). Patents are becoming perhaps the most critical form of capital of all as technology drives wealth creation.

How do the governments that helped create this wealth – few innovations occur without direct or indirect government assistance – capture more of it for the benefit of all citizens?

French economist Thomas Piketty advocates a global tax on capital, which would be worth discussing were it not hopelessly unrealistic. Mariana Mazzucato, author of The Entrepreneurial State, suggests governments might need to retain an ownership stake in the intellectual property their policies help create. As she reminded last week's conference, "every single technology on [the iPhone] was funded by government."

We are a long way from figuring out how to ensure that private returns on capital produce adequate returns for society. But the old paradigm – subsidizing auto jobs – is clearly passé.

Opinion
Outsmart Heartbleed? I can’t even remember my password
April 12, 2014 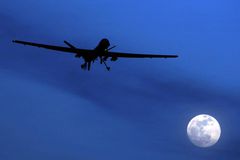