I live blocks from Taksim Square and Gezi Park in Istanbul. I never imagined that Gezi Park would bring what academics call Turkey's "democratic deficits" to worldwide attention. But I never doubted that something would.

My proximity to Taksim ensures that even when I'd rather ignore my journalistic instincts and get an early night's sleep, I have no choice but to follow the story wherever it leads – because it leads to my apartment. When police attack, the crowds run up my street trailed by cops and tear gas. Like everyone in my neighbourhood, I'm now able to tell exactly what lachrymatory agent they're using.

The tear gas, however, is the symptom. The "democratic deficits" are the disease. The conventional wisdom is that Prime Minister Recep Tayyip Erdogan does not understand the full meaning of "democracy," believing that having won several elections, he is now a monarch. Partly correct. But the problems are deeper still, and even Mr. Erdogan's megalomania is just a symptom of this disease.

Consider this: In what kind of democracy does the prime minister decide where to build a shopping mall, particularly when the courts have already halted the project? To grasp the explosion over Gezi Park, you need to understand the details of Turkey's "democratic deficits." The most economical way to explain them is how Cem Toker, the secretary of Turkey's very-minority Liberal Democratic Party, put it to me: "Democracy doesn't exist in any shape or form here, so there are no problems with democracy in Turkey – kinda like no car, no engine problems." He is exaggerating only slightly. Yes, Turkey holds regular elections. But the rest of the institutions we associate with "democracy" are so weak that everyone living here knew this car was going to crash.

Aengus Collins, a thoughtful observer of Turkey, suggests a deeper way to consider this. He uses Larry Diamond and Leonardo Morlino's markers of "high quality" democracy: rule of law, participation, competition, vertical accountability, horizontal accountability, freedom, equality and responsiveness. These phrases may sound academic, but to people who daily experience their absence, the path from these terms to tear gas is a straight line.

Behind these protests are bitter grievances. Among the most bitter is the dysfunctional Turkish legal system – in particular, the government's use of it against opponents. Mr. Erdogan has introduced constitutional referendums enabling him to pack the courts with his supporters, and used the courts to shut down hostile media on technical grounds or through punitive taxation. The courts have imprisoned dissenters. Potentially dangerous challengers have fled the country to evade arrest.

As for "participation," this too has been gravely undermined, particularly for the generation that grew up in the wake of the 1980 coup. In Turkey's very recent past, forms of organization, assembly and protest that healthy participatory democracies require have not only been discouraged, but met with consequences so terrible that parents teach their children that they cannot win, so don't even try. Anyone who thinks this has changed since Mr. Erdogan came to power is gravely mistaken: Consider the case (one among thousands) of students Ferhat Tüzer and Berna Yılmaz, arrested for holding up a banner that read, "We want free education and we will get it." They were sentenced to 81/2 years.

"Competition" may be the most challenging problem of all. Turkey's 10-per-cent election threshold ensures that a party with 9.9 per cent of the popular vote receives no representation in the National Assembly. The d'Hondt method, which favours large parties, is used to distribute the seats among the remainder. Finally, Turkey uses a closed-list system: Voters choose a party rather than an individual candidate. This keeps power in the hands of party elites; individual voters can't choose – or hold to account – the person who represents them.

As for freedom, the imprisonment and harassment of journalists is so ubiquitous that they scarcely need the state to censor them any more; they do it themselves. When these protests began, Turkish stations broadcast anything but news about them: They showed documentaries about penguins.

"Vertical accountability" describes the way elected leaders are held accountable for decisions by voters; "horizontal accountability" describes the way they are held accountable by legal and constitutional authorities. Again, don't look for either here. Without press freedom, voters have scant information by which to judge their elected officials. This has led to such deep distrust of journalists that as a friend put to me, "We don't mind when they put them in jail. We'd mind if they locked up the streetwalkers, though. At least they perform a useful service."

The penultimate refuge of horizontal accountability, flawed though it was, disappeared in a 2010 referendum that changed the composition of the nation's highest courts, giving Mr. Erdogan the power to handpick loyal jurists. The very last limit on his power was the military. Its senior figures are now in prison, convicted on the basis of evidence that would have been thrown out of anything but a handpicked court. While no proper democracy is mediated by military coup, the electorate had become conditioned to the idea that in extremis, the military would protect them from their mistakes. This promoted the growth of an immature electorate unaccustomed to thinking rigorously about voting and its consequences.

It should now be clear why there's no way to bring Turkey's corruption under control. Politicians have no motivation to do so. On paper, Turkey's Law on Political Parties requires political parties to maintain records of all income and expenditure, but it doesn't require them to publish records. So no one has any idea where the money is coming from or going – although everyone knows it is coming from places it shouldn't and going to people it oughtn't.

Turkey was no democratic paradise before the rise of the Justice and Development Party (known as the AKP). But the AKP has cynically reduced the idea of democracy to the proposition that democracy is elections and nothing more. Unsurprisingly, many are unsatisfied, particularly because rising incomes have permitted them, for the first time, to consider problems less urgent than merely putting food on the table.

Unfortunately, it's too late. So thoroughly has Mr. Erdogan consolidated his power that the most likely outcome of these protests will be yet another unwanted construction project – the building of new prisons. Waves of arrests are taking place now, even as the world assures itself that the protests are "dying down." Yes, they are dying down, but in a more literal way than you might realize.

Claire Berlinski is a freelance writer who lives in Istanbul. She is the author of There is No Alternative: Why Margaret Thatcher Matters.

Why Turkey's protesters are angry: "No way to run a democracy"
Subscriber content
June 14, 2013 Turkey’s protesters are nothing like what the PM has described
June 8, 2013 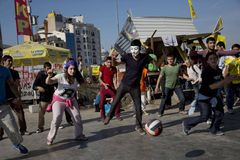 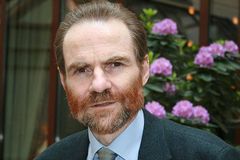