That the Harper government will attempt to squeeze every ounce of political benefit from being seen as tough on "terror" lends urgency to the search for an answer to the question posed by the ancients.

"Quis custodiet ipsos custodes?" – Who will guard the guardians? – the Roman poet Juvenal wrote about men enforcing morality on women although they were themselves corrupt. But the phrase has evolved to ask how to check unbridled political power.

It is a question for the ages, especially for democratic societies where rights, including privacy, are central to human dignity.

Another right is what Canada's Charter of Rights and Freedoms describes as "security of the person." After all, personal and community safety is the reason that we give the state a legal monopoly on violence. With that monopoly, we expect the state to secure our safety, and therefore contribute to our freedom.

Finding a balance between the rights of privacy and the need for safety is often a judgment call. That's why in some areas of the law, we insist that those who have a monopoly on force exercise aspects of their power (wiretapping and warrants, for example) with the approval of a judge – a "guardian" if you like.

Now, along comes Prime Minister Stephen Harper's terror-fighting government, already known for being "tough on crime" through a series of criminal-code changes, most of which are demonstrably useless (as with mandatory minimum sentences, which are now being abandoned in the United States) or mostly for show.

If this government were not known for counterproductive, punitive approaches to crime – the latest being the refusal to reconsider solitary confinement and a new measure to delay parole eligibility for certain murder sentences – the population might not worry much about proposed new measures to combat domestic "terror." They could trust those with power, at least to some extent.

Instead, we see a government that cannot resist milking a genuine problem, in this case Islamic jihadis, for political gain.

When the anti-terror bill was introduced in the House of Commons last Friday, where was the Prime Minister? Certainly not in Parliament, but rather in Richmond Hill, Ont., at one of those now-familiar Conservative Party rallies featuring a gigantic flag, party supporters, a scripted address and almost no questions for the Prime Minister. The link between the bill and partisanship could not have been more evident.

So it goes with the television spots, paid for by you, the "hard-working taxpayers," to advertise the Canadian military. In the context of terrorism and Canadian forces in Iraq, these ads have now replaced the ones about the government's Economic Action Plan. As the national economy goes south and the military/terror story rises, the advertisements are changing, and not by accident.

In explaining the terror bill, Mr. Harper drew a link between the Islamic State and the two lone-wolf attackers who killed Canadian soldiers in Ottawa and Saint-Jean-sur-Richelieu, Que., last October.

There was no such link, of course, but in this troubled world, with so many jihadi groups with different agendas and names, it is hard for all but experts to define them. It is much easier to lump everything together under the name "terror," or even worse, to say we are "at war" with "terror."

Canada already has a series of laws that security and police representatives can and do use against terrorist threats. If additional powers are needed, it falls to the government to explain precisely which ones and why, and for parliamentarians to ask the best questions they can without being accused of being "soft on terror," or some such silly slogan.

And if additional powers are indeed necessary, such that the Canadian Security Intelligence Service becomes significantly more powerful (its budget has been cut by the Harper government), then the oversight and monitoring of its activities should commensurately be upgraded.

Such an upgrade would not create a new level of "bureaucracy," as the Conservative talking points allege. There already is a CSIS oversight committee, although some of the people appointed to it by the Harper government, including the infamous Dr. Arthur Porter, have not inspired universal confidence.

Whether this oversight committee should be strengthened, or whether there ought to be other means to "guard the guardians" in the security world, are necessary and legitimate questions for Parliament, rather than political rhetoric at party rallies. 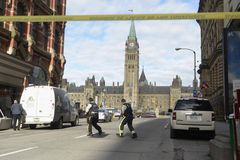 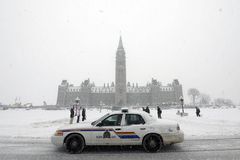 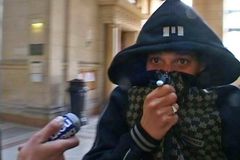