Alex Wilner is an assistant professor of international relations, Carleton University and a fellow at the Macdonald-Laurier Institute in Ottawa.

The senseless killing of Canadian John Ridsdel by Abu Sayyaf terrorists is shocking. It's also insidious: No matter how a government responds to a terrorist ransom, it loses.

Mr. Ridsdel was kidnapped in September 2015 with fellow Canadian Robert Hall, alongside a Norwegian and Philippine national. The four were whisked from their holiday retreat in the southern Philippines by Islamist militants associated with Abu Sayyaf. The group, long blacklisted in Canada, was once a formidable terrorist organization, ostensibly seeking to establish a breakaway Muslim state in southeastern Philippines. It has, at one point or another, allied itself with both al-Qaeda and Islamic State.

Over the past several months, Abu Sayyaf repeatedly threatened to kill their captives unless a ransom was paid. Videos of Mr. Ridsdel and Mr. Hall pleading for their lives were posted online. Monday's deadline passed. The threat was ultimately carried out.

Canadians are left asking themselves what more might have been done to save Mr. Ridsdel. And what more can we do today, for Mr. Hall?

The predicament is a serious one. Terrorist ransoms provide governments with very few good options.

If a government decides to facilitate a payment, it risks directly, if also unintentionally, facilitating terrorism and political instability. Cash provides militants with access to weapons and recruits. In this particular case, Abu Sayyaf sought millions of dollars, useful for patching up its faltering insurgency.

The associated risk is diplomatic fallout. The Philippine government was unusually blunt. Only last week it "encourage[d] everyone to observe" its "no ransom policy" with local militants. Manila's strategic objective is to end the insurgency and stabilize the country. Canadian ransom money flowing into Abu Sayyaf's coffers would be a hard sell.

Paying ransoms can also encourage further kidnappings. Nothing breeds success like success. And unfortunately, that lesson is borderless. Other terrorist groups in other countries might well seek to emulate Canada's bargain with Abu Sayyaf by purposefully identifying and targeting Canadians working and travelling abroad.

Indeed, it's possible Abu Sayyaf learned that lesson itself from Canada's apparent bargain with al-Qaeda in the Islamic Maghreb to gain the freedom of two Canadian diplomats in 2009. Fostering a transnational ecosystem of hostage-taking is not in Canada's national interest.

Market forces are in play here. Paying ransoms, especially expensive ones, can help drive up the cost within the global hostage market. Pointing to one group's apparent success, other militants might demand and come to expect a similar windfall.

On the flip side, when a government decides against bargaining with militants, they risk appearing inept and weak. Or worse: callous. Diane Foley, the mother of murdered American journalist James Foley, brutally slayed by IS in 2014, was "surprised there was so little compassion" from U.S. officials concerning her son's fate.

"These people talking to us," she continued, "had no idea what it was like to be the family of someone abducted. We were told we could do nothing…meanwhile our son was being beaten and tortured every day." No matter how well and how often an aggrieved government explains its reticence to negotiate a terrorist ransom, it will be hard-pressed to match the emotional sentiment expressed by the hostage's family and community.

The alternative to all of this is for governments to redouble their efforts to free captives, militarily. But this requires impeccable intelligence, superb training, and more than a little luck. In the weeks preceding Mr. Foley's death, for instance, the U.S. conducted a high-risk raid near IS's Syrian stronghold of Raqqa in an attempt to free him.

Though the mission unfolded "flawlessly," Mr. Foley had been surreptitiously moved before American special operations forces were able to penetrate the terrorist camp. Other such raids have resulted in the death of hostages and of military personnel.

It is the Canadian government's duty to protect its citizens, both at home and abroad. Canadians should expect nothing less. Terrorist ransoms, however, present it with unenviable options. 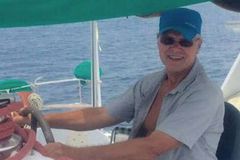 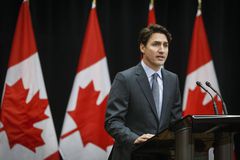 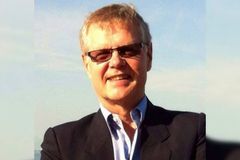 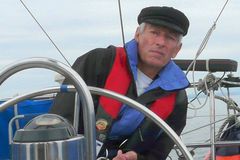