I'm willing to entertain the idea that there are jokes worth losing one's job over, but the joke that David Bonderman told this week wasn't one of them. The Uber board member was in a meeting when fellow board member Arianna Huffington presented him with a setup he apparently found irresistible.

"There's a lot of data that shows when there's one woman on the board, it's much more likely that there will be a second woman on the board," Ms. Huffington began. Unable to contain himself, Mr. Bonderman interrupted her by saying "Actually, what it shows is that it's much likely to be more talking."

There's an argument to be made that forcing anyone to listen to such a tired joke should result in a resignation all on its own, but it was doubly unfortunate that Mr. Bonderman chose to blurt out this bon mot at this particular meeting. In the face of multiple sexual-harassment claims and a series of scandals, the meeting had been called to discuss Uber's corporate culture of creepiness.

In some ways, Mr. Bonderman's quip makes him an ideal figurehead for Uber, a company that's determined to poke itself in the eye in new and inventive ways. Uber is nothing if not self-disruptive. I'm willing to believe that at a past meeting, a board member has suggested that "One solution to us having a workable product that challenges an industry that many people are mostly fed up with would be to rub a big glob of sleaze all over it" and that his idea was met with a round of high-fives.

Mr. Bonderman's joke falls into the "not funny because it's not true" category. In the main, women don't talk more than men, as several studies have shown. They are, however, interrupted more. See Mr. Bonderman above, interrupting Ms. Huffington with one of the many "Actually"s to which women are subjected every day.

It's telling that Ms. Huffington, a bit of a gale force in the corporate world, still laughed awkwardly, obligingly, at Mr. Bonderman's joke, before saying, "Oh, come on, David," as if the task of good-naturedly correcting a child busy sticking Tinkertoys up his nose, while she's attending a meeting, came with the territory into which she's ventured. It was other people at the meeting who complained.

No one wants to be that person who "can't take a joke." Being "unable" (this is never expressed as "unwilling") to take a joke, made at your own expense or at the expense of your people, is just about the worst accusation that can be levelled against a person this century.

It is the modern immodesty.

There's a litany that many people learn: "Lighten up." "Don't take it personally." "Why must you be such a unique and fragile aggregation of ice crystals gently drifting down from the clouds?" "You just need to grow a thicker skin" so that we don't have to stop pricking it all day long because for some reason this amuses us and we can't be assed to ask why and maybe work up some new material.

It is a litany mostly launched by people not traditionally obliged to listen to a string of bad jokes about their own alleged ineptitude, loquaciousness, lisp, drunkenness or inability to drive or do math. I'm willing to bet that if straight white men were merely subjected to variations of the same six innocuous knock-knock jokes eight times a work day, there'd be national strikes and federal inquiries into the matter. Universal alarm over loss of productivity would cause the Knock-Knock-Joke Prohibition Act to pass faster than you can say "Who's there?"

No one would say "It's mainly women who like having good jobs." Human Resources would not suggest that these knocked-knocked-to-distraction gentlemen merely transfer to a different department. It would go more like this: "Listen, Susan, John is glad you didn't say 'banana' on knock-knock No. 37, but knock-knocks No. 1 through No. 36 this past Wednesday were highly obnoxious. We're going to have to ask you to clear your desk," and that's not even considering the dark possibility of these men being the butt of dated-lurching-zombie jokes at which they are expected to chortle in order to get ahead.

Jokes about straight white men are fairly new; people forget that the character of Homer Simpson was funny largely because he was an aberration. Homer was the wisecracking small child, the jive-talking grandmother, the talking dog of dads. TV dads didn't idiot. They had offices, you knocked at the door. Then there was Homer, and there is a demographic that's still bothered by the character, because respect is owed.

So much of this lecturing about how some people are too sensitive these days comes from the exact demographic that fought duels.

And a lot of duels were fought, enough to warrant a whole genre of codes duello, published over many centuries, detailing how these battles ought to be carried out. Duels were fought largely over wounded reputation, some real or imagined indignity suffered by one of the parties. To not challenge someone who had slighted you was considered not just cowardly but neglectful of one's reputation, downright negligent.

Please allow humanity's history of duelling to put that "WTF???!!!" coming at you on Twitter in perspective. That sassy Rupaul reaction GIF is perhaps another generation's, but more importantly another demographic's, more benign, "Pistols at dawn" as they defend their honour.

What is being decried as "outrage culture" may just be the equilibration of effrontery and, sure, there may be casualties, some of which could be so easily avoided, Mr. Bonderman et al.

I take no pleasure in seeing anyone rushed to career hospital with a self-inflicted foot injury, and, of course, I really don't want to have to go back to taking cabs. It'd be great if you could just get your shtick together, guys.

I wish I could have been a voice in Mr. Bonderman's ear whispering "Hey, your joke is so old and exhausted, chickens waiting at a crosswalk would be embarrassed to be seen with it." I wonder if maybe I could have succeeded where that little internal voice that most of us rely on to sound the alarm when we're about to say something really stupid failed.

I could cut this short right here with the simple advice: If you have even the slightest doubt as to whether a joke is appropriate, don't make that joke at work or in public. That is in essence what Ms. Huffington was trying to do: save a man mocking her and all women from himself. But really, I wouldn't want everyone to follow this advice, because, maybe, there is a joke worth losing your position on the board of a major tech firm over and I really want to hear it. It'd have to be a pretty great joke, and so, all right, Silicon Valley, here's my start-up pitch, my entry into the Verbal Filtering as a Service market. Allow me introduce you to "Dontr."

We want to ensure that our service is satisfactory. If you are advised to tell your joke, you will be asked to rate your Dontr Adviser based on a ratio of to chortles to irreparable career damage.

Have a flash of comedic genius on your coffee break? Just schedule a Dontr Later for when you get back to the office and we'll be there right on time to remind you that "No, you still shouldn't make that joke about how everyone should get it over with and call home to say they'll be a little late, because it's Emily's turn to drive the carpool."

With Dontr Pool, your entire team can pay a shared, reduced rate to be told en masse whether or not that great inside joke you've all been making about Madeline's T-shirt is "just a joke" or "creating a hostile work environment."

Want a more luxurious experience? With our premium Dontr Black service, one of our Dontr technicians will personally rap your knuckles with a fine mahogany ruler before you can send out that "too good not to share" joke about Sikhs and Big Data to your department mailing list.

Trust me, with Dontr, we can get there.

Opinion
The Hillary effect: Shush the woman, then watch her roar
May 5, 2017
Opinion
On this Women's Day, women should strike – for someone else
March 8, 2017 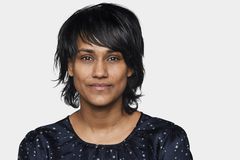