There's a lot of head-scratching in Liberal ranks these days. They're confused as to why they can't get untracked, as to why, in the great Canadian turtle derby, they're forever trailing the Conservatives.

To find the reason for their woes, they might look back, strangely enough, at one of their successes - the election of 1993. That campaign, which gutted the Canadian political structure like no other, is known as the one that vanquished the old Progressive Conservative Party. The Tories came away with two seats. But it should also be known as the one that undermined the Liberals, who came away with a majority.

Although they won handily, that campaign effectively reduced the Grits to an Ontario party with a few regional add-ons. Post-1993, the party won successive majorities in 1997 and 2000, but in each it was an all-Ontario show, with the party registering unbelievable sweeps of 100 or so seats in that province.

That represented close to two-thirds of the party's overall total in those elections. The warning signals were there. These majorities masked the Liberal Party's geographical isolation.

The tumult of 1993 saw the simultaneous beanstalk ascendancies of the Reform Party in the West and the Bloc Québécois in the East. Quebec had always been a Liberal Party pillar. The arrival of the Bloc, which would take half or more of Quebec's seats in the following campaigns, removed it. On the Prairies, the Liberals' misfortune had begun long before. But they were still potentially competitive. Reform's 1993 rise effectively sealed the door. Like Quebec, the West now had its own political formation.

Outside of Ontario, the Liberals were left with only a sprinkling in British Columbia, less than half the loaf in Quebec and a measurable share in the Maritimes, where there weren't many seats to begin with. Although it appeared that Paul Martin inherited a strong party in 2003, he didn't. It was plagued by scandal, and as soon as the absolute hold on Ontario was loosened, as it inevitably would be, it had few places to look for help. Stéphane Dion faced similar circumstances, as has Michael Ignatieff. The party they commandeered was hardly the bastion it had often been.

While other federal elections have featured more prominently in the history books, few can match the 1993 campaign for altering the landscape. The reasons why we've had almost seven straight years of minority governments can be traced back to that campaign. It dramatically reduced the throw weight of both major parties while creating, with the two new potent formations, a pizza Parliament.

Of course, the Conservatives eventually recovered from the devastation and merged in late 2003. But the new party was dominated by the regional right-siders from Reform days and lacked the big-tent national appeal of the old Tories, who were occasionally capable of racking up big majorities. Unlike Brian Mulroney's Tories, the new party has also been largely absent in Quebec.

As for the Liberals, they have no hope of making significant gains on the Prairies in the years to come and no hope, with the Bloc entrenched, of sweeping Quebec the way they once did. Mr. Ignatieff is getting a dozen ideas thrown at him daily on how to do the quick fix. But the problems may be too deeply entrenched for any fast remedy.

While the Conservatives have a powerful and reliable support base on the Prairies, the Liberals have no regional base to speak of. Even their Metro Toronto fortress, one of their last big strongholds in the country, may now be imperilled. Given the trendline of the ethnic vote, given the trendline locally (mayor-elect Rob Ford), and provincially (the sliding Dalton McGuinty), the Toronto seats may fall, starting on the outskirts, with the by-election in Vaughan next Monday.

In the 1993 election, the Tories suffered the worst drubbing of any party in Canadian history. Seventeen years on, as the turtle derby proceeds, it's starting to look like the other party got the worst of it.

The detainees file appears lost in the fog of committee
November 16, 2010 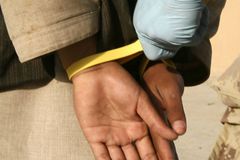 Opinion
Harper's switcheroos leave Grits empty-handed
November 9, 2010
Opinion
A new narrative in search of an author
October 25, 2010
Opinion
Editorial cartoons, November 2010
Gallery
October 31, 2010
Follow us on Twitter @globedebate Opens in a new window
Report an error Editorial code of conduct
Due to technical reasons, we have temporarily removed commenting from our articles. We hope to have this fixed soon. Thank you for your patience. If you are looking to give feedback on our new site, please send it along to feedback@globeandmail.com. If you want to write a letter to the editor, please forward to letters@globeandmail.com.
Comments