Christian C. Sahner is the author, most recently, of Among the Ruins: Syria Past and Present.

This Christmas, like every Christmas, thousands of pilgrims and tourists will travel to the Middle East to celebrate the holiday in the land of the Bible. In Bethlehem, the birthplace of Jesus, the Latin Patriarch of Jerusalem will lead a midnight mass, while in Syria – where some Christians still speak dialects of Aramaic, similar to the ancient language Jesus spoke – celebrations are likely to be subdued, curtailed by the dangers of a war that is tearing the country apart.

At a time when the Middle East is aflame with sectarian strife, the observance of the Christian holiday is a sad reminder that the region's distinctive religious, ethnic and cultural diversity is rapidly disappearing. At the beginning of the 20th century, Christians made up roughly 20 per cent of the Arab world. In certain areas – including southern Egypt, the mountains of Lebanon and southeastern Anatolia – they formed an absolute majority. Today, just 5 per cent of the Arab world is Christian, and many of those who remain are leaving, forced out by persecution and war.

Jews, too – once a vital presence in cities such as Cairo, Damascus and Baghdad – have all but disappeared from the predominantly Muslim parts of the Middle East, relocating to Israel, Europe and North America. Even in Muslim communities, diversity has been dwindling. In cities like Beirut and Baghdad, mixed neighbourhoods have been homogenized, as Sunnis and Shiites seek shelter from sectarian attacks and civil war.

The waning of diversity in the Middle East goes back more than a century, to the bouts of ethnic and religious cleansing that took place during the Ottoman Empire, including the murder and displacement of 1.5 million Armenian and Syriac Christians in eastern Anatolia. After the empire's collapse in 1918, the rise of Arab nationalism placed Arabic language and culture at the centre of political identity, thereby disenfranchising many non-Arab ethnic groups, including Kurds, Jews and Syriacs. For example, many Greeks who had been living in Egypt for generations lost their livelihoods in the 1950s, when president Gamal Abdel Nasser, the great standard-bearer of pan-Arabism, nationalized privately owned businesses and industries. Others were forced to flee the country altogether.

The rise of political Islam after the Arab-Israeli Six-Day War in 1967 dealt another blow to religious minorities. By promoting Islamic revival as a solution to the region's ills, Islamism led to the marginalization of non-Muslims, including groups that had played outsized roles in the region's economic, cultural and political life for centuries. As a result, in places like Egypt, Christians have faced harsh social discrimination and violence, sometimes at the hands of the nominally secular state.

The Arab Spring upheavals have given rise to grave new challenges to cultural and religious diversity in the Middle East. Many of the authoritarian regimes now under threat of collapse cultivated the support of minorities. This was especially true in Syria, where the Alawite-dominated Baath Party fostered ties to Christians and other small communities by presenting itself as a bulwark of secularism and stability in the face of a supposedly threatening Sunni majority. Now that Syria's Sunnis have risen up against their Alawite rulers, Christians' loyalty to the regime has become a liability, even a danger. In some corners, Christians are regarded as complicit in the government's brutal crackdown, making them targets for attack.

The rise of the Islamic State over the past year has sparked even more violence against minorities. Powered by a fundamentalist Wahhabi ideology and a boundless appetite for bloodshed, the Islamic State seeks a return to an imagined premodern caliphate that subjugates Shiites and treats non-Muslims as second-class citizens. When the Islamic State captures a city, its fighters give Christians the choice of paying a medieval tax known as the jizya, converting to Islam or being killed. Many simply flee.

Western governments' protection of ethnic and religious minorities in the region has been a controversial matter for more than a century, and it remains so today. Many Sunnis, for example, accuse America of favouritism: the United States intervenes to protect Kurds, Yazidis and Christians in northern Iraq, they say, but does little to stop the slaughter of hundreds of thousands of Sunnis in Syria. In fact, America's complicated history of church-state relations at home has made it reluctant to intervene on the part of any religious groups abroad, especially when the population is small.

The end of diversity in the Middle East is a tragedy not just for those who have died, fled or suffered. The region as a whole will be worse off as a result of their absence. Minorities have historically served as brokers between the Middle East and the outside world, and if they disappear, the region will lose an important class of cultural, economic and intellectual leaders.

How a society handles ethnic and religious diversity can tell us a great deal about its capacity to negotiate disagreements and transform pluralism from a liability into an asset. Yet diversity is all too often considered a source of weakness in the Middle East. It should be considered a strength, and one that is worth protecting.

Opinion
Dear John Maguire: Canada has made me a better Muslim
December 15, 2014 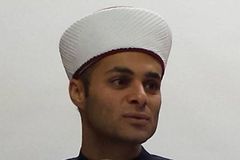 Opinion
My radicalized son chose the other Islam
November 26, 2014 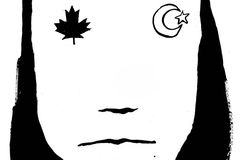