Last September, Russian President Dmitry Medvedev and Norwegian Prime Minister Jens Stoltenberg met in Murmansk, Russia, to sign a treaty that puts to rest a 40-year boundary dispute. The agreement divides into two equal parts the 175,000 square kilometre area and stipulates that all oil and gas deposits found along its border can only be developed jointly by both nations.

More significant than these commercial developments is the fact that Russia, often seen as the antagonist in the Arctic, was able to peacefully and co-operatively reach an agreement with its neighbour. Mr. Medvedev hailed the agreement as a "constructive" model of how the other Arctic nations in the region facing territorial disputes - Canada among them - can settle their differences.

If Norway and Russia can resolve their dispute over a resource-rich area, there is no reason why Canada cannot resolve its drawn-out territorial disputes with Denmark over the tiny Hans Island, or with the United States in the Beaufort Sea. According to a recent Ekos survey commissioned by the Munk School of Global Affairs and the Walter & Duncan Gordon Foundation, 62 per cent of Americans are willing to "work to strike a deal with Canada over the disputed territory." Half of Canadians, however, favour Canada trying to "assert its full sovereign rights over the area." And the variability among the Arctic nations is also great. For instance, most of the Nordic countries heavily support negotiating a compromise to Arctic territorial disputes; in Canada and Russia, though, there is more support for pursuing a firm line in defending their section of the Arctic (41 per cent of Northern Canadians, 43 per cent of Southern Canadians and 34 per cent of Russians).

However, bilateral dispute resolution has its drawbacks; it did take Russia and Norway 40 years to resolve their territorial dispute. And multilateral institutions, such as the United Nations, are backed up with unresolved conflict after conflict.

For example, the Canada-Russia dispute over the Lomonosov Ridge will take 10 to 20 years if left to the UN Commission on the Limits of the Continental Shelf. What is needed is an Arctic-specific institution where these issues can be resolved. Luckily, one exists.

The Arctic Council, comprised of the eight Nordic countries in the region, is an effective, high-level venue for discussing substantial concerns, such as the environment and native rights. However, when it was created in 1996 after a long diplomatic campaign by Canada, peace and security issues were left out of its mandate at American insistence.

But 2011 is not 1996 and, as world interest on the Arctic swells, peace and security need to be on the agenda to ensure the Arctic Council remains relevant.

The survey clearly demonstrates interest in peace and security in the Arctic. On the issue of an Arctic nuclear-weapons free zone (such as Antarctica), six of the nine constituencies surveyed were very supportive of this idea (82 per cent in Norway, 78 per cent of Southern Canada, 77 per cent of Finland, 76 per cent of Northern Canada, 75 per cent of Iceland, and 74 per cent of Denmark).

Not surprisingly, American and Russian respondents were the least enthusiastic, with 56 per cent and 47 per cent supporting a nuclear-free Arctic, respectively.

The Arctic Council would be a fitting venue to discuss peace and security, not only because it includes the world's two largest nuclear superpowers, but also because it includes as Permanent Participants the indigenous peoples who call this territory their homeland.

Even in Russia, there is an appetite for discussing these issues at the council, with 81 per cent of Russians agreeing that military security should be discussed and 85 per cent agreeing that the Arctic Council should cover peace-building issues. Upon becoming chair of the Arctic Council in 2013, Canada will have a rare opportunity to put peace and security back on the agenda. 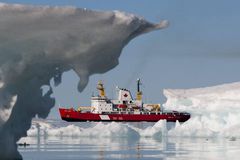 In the Arctic, Canada willing to fight to keep the true north free
January 25, 2011 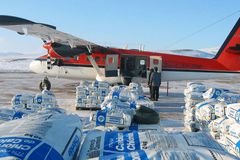