Who can turn the world on with her smile? Who can take a nothing day, and suddenly make it all seem worthwhile? Well, it's you, girl, and you should know it!

Forty years ago, Mary Tyler Moore invented the modern young career woman. She lived alone. She didn't need a man to make her happy. She had her friends instead. Unlike a family, her friends were always there for her. "Fictive kin," we call them now. She loved her job and thrived at it. Since it was the '70s, whatever sex life she had was offstage, but we presume that it was happy and wholesome.

Today, Mary would live in someplace like Liberty Village, the hippest, most happening condo development in Toronto. She would have a gym membership and a little dog, which would wear a little coat and booties in the winter. Her little condo might not even have a dining room table in it, because communal dining is mostly done in restaurants now. For dinner, she'd get takeout, and eat it in the living room while she cruises Facebook and answers her e-mail. As for her sex life – well, she's a modern woman. She pretends commitment doesn't matter. But she's 35 now, and she's getting anxious. Why can't she meet somebody decent?

Singlehood used to be a short life stage between finishing school and getting married. Now that stage is getting longer and longer and longer, and sometimes permanent. In Canada, single households now outnumber households with couples and kids. As The Globe's week-long examination of single living found, singles buy 70 per cent of the units in many condo developments. In Britain, according to the Daily Mail, "the number of 25- to 45-year-old women living alone has doubled over the past two decades, with twice as many single women buying properties as single men." If you believe the self-reports, most of these people are deliriously happy. They're independent and empowered. They paint their bedrooms pink. They don't worry about having kids. They buy great clothes, take great trips, and don't want anyone to cramp their style. They'd never dream of making someone else the centre of their life.

Oh, yeah, and another thing. They're incredibly lonely.

Not that they'll admit it. Saying you are lonely is worse than saying you have cancer. People don't want to hear it.

I have a close friend who works with a lot of single women in their 30s, and up. Most are never-married, a few are divorced, and one or two have had a kid on their own. She says that all of them would prefer to be in a permanent relationship.

It's not much different with the men. None of the married men I know envy single men – they pity them. The longing for long-term intimate connection is a near-universal impulse. Even the most inveterate playboys eventually get married. The only people who escape these yearnings are people (usually men) who are in some way autistic, or asexual. We are born and bred to be pair-bonded.

There is a world of difference between being single at 26, and being single at 36. I know. At 26, I was completely thrilled to be me. I had a promising career and an interesting and varied romantic life (though not half as interesting as I had hoped). I was determined never to depend financially on a man. I wasn't drawn to motherhood, and marriage was the last thing on my mind.

At 36, being me was not so thrilling any more. I was bored with my own company. Eating leftover roast chicken in front of the TV had lost its charm. A bookish introvert by nature, I was turning into a recluse. The single men – where were they all? – had all but dried up. Eventually it dawned on me that unless I took drastic action, I faced a future as a cat lady. That's the difference a decade makes.

Even at the best of times, the single life is overrated. It's not like Sex and the City. It's more like Girls. The parties are depressing and the sex tends to fall dramatically short of expectations. As Girls creator Lena Dunham told The Independent, "It's hard for me to write from a place of fantasy to see sex as glamorous. I think it can be kind of a battleground."

The big thing people get wrong about being single is to imagine that singlehood allows you to define and perfect yourself, and that discovering who you really are is the most important task there is. As one 37-year-old man told The Globe's Zosia Bielski, "You're trying to get yourself right before you move on to the next stage of your life." Or, as Carrie Bradshaw put it in her final voice-over, "The most exciting, challenging and significant relationship of all is the one you have with yourself. And if you find someone to love the you you love, well, that's just fabulous."

I used to think that way, too. But now I know I was exactly wrong. Self-love is not, in fact, the greatest love of all. And the road to self-actualization isn't through perfection of the independent self, but through imperfect, messy, long-term relationships. Everybody needs someone else to nurture, and someone to stand up for them, and someone to plan the future with, and someone with whom they share a past. You won't always get what you want, and you won't always come first. But is that so awful? The wonderful and rewarding parts will probably outweigh the hard and awful parts. You will be astonished by the person you become. And you wouldn't exchange the richness of your married life for anything. 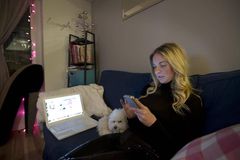 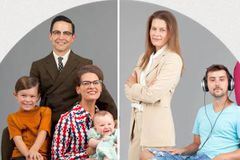