The issue of homelessness has become wildly politicized. Every time it hits the news, as it did in Toronto this holiday season, the result is a round of accusations and name calling that does nothing for the men and women suffering on the streets or huddling in shelters.

The latest target of the blame game is Toronto Mayor John Tory. His crime was to take the advice of city staff and decline to use the city's armouries to shelter the homeless. He argued that the military buildings were unsuitable for temporary housing and promised to open 400 extra shelter spaces instead.

Anti-poverty groups condemned him. A petition to open the armouries gathered thousands of signatures. Even filmmaker Sarah Polley chimed in. She said people could die in the cold and "this horror is on our heads." The mayor, she wrote, should "open the damn armouries."

The attacks barely let up when Mr. Tory reversed himself in the midst of a severe cold snap that put new pressure on the shelter system. He asked the federal government to open the armouries after all. Critics said he had fumbled the issue.

This sort of futile finger pointing has been going on for years. Activists routinely accuse city hall – and governments in general – of ignoring the plight of the homeless. At a news conference at City Hall on Tuesday, speaker after speaker denounced the authorities for neglecting the problem. The time for excuses is over, one said. We should "solve this and solve this for all."

If only it were so simple. Homelessness is a devilishly knotty problem. It may be the most stubborn of all the challenges that modern cities face.

Mr. Tory is far from the first mayor to be stymied by it. David Miller moved the homeless out of Nathan Phillips Square outside of City Hall and brought in a much-praised program to get homeless people into proper housing. The homeless are still with us. The number of people bedding down in the city's shelter system is up sharply in the past couple of years, reaching more than 5,000 a night.

In New York, mayor Michael Bloomberg announced in 2004 that he wanted to "make the condition of chronic homelessness effectively extinct in New York." When he left office nearly a decade later, his critics said that occupancy of shelters had risen 70 per cent under his watch. His successor, Bill de Blasio, who was elected on a promise to reduce inequality, is striving to reduce a shelter population that has reached 62,000 a night, not counting the thousands more who sleep on the street. His critics, too, say he is dropping the ball.

In Vancouver, Gregor Robertson had to back away from a promise to end street homelessness by 2015. Despite big spending on affordable housing and a big expansion in shelter space, the problem refused to be licked.

The persistence of homelessness can't be blamed on a lack of compassion or attention. It is one of the most visible problems any city faces. Mountains of studies have been devoted to solving it. Mr. Tory wants to find an answer as badly as anyone.

Despite attempts by his critics to paint him as a callous plutocrat, he thinks a lot about poverty and inequality in the city he leads. He just happens to think that he should listen to expert advice before yielding to pressure to act, act, act.

The barrier isn't a lack of resources, either. Toronto is spending millions to create new shelter space. The federal government is spending billions on housing. One of its aims is to curb homelessness.

This problem is just exceptionally hard. Some homeless people shun the shelter system because they feel it is dangerous, crowded or just not for them. Those who are guided into long-term housing often fall out of it for various reasons. Many suffer from mental illness or struggle with addiction, which is why Mr. Tory wants to get more health supports in place. In Toronto, large numbers of refugees are ending up in the shelter system, compounding the problem.

None of this means we should just throw up our hands and accept that the homeless are beyond help. It does mean that we should lower the temperature, pay attention to the facts and stop trying to assign blame. Choosing a scapegoat will not bring a single person in from the cold. 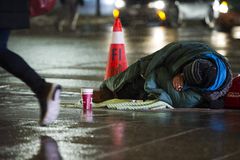 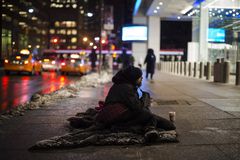 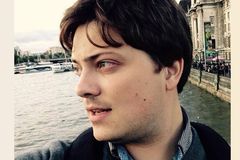 Follow Marcus Gee on Twitter @marcusbgee
Report an error
Due to technical reasons, we have temporarily removed commenting from our articles. We hope to have this fixed soon. Thank you for your patience. If you are looking to give feedback on our new site, please send it along to feedback@globeandmail.com. If you want to write a letter to the editor, please forward to letters@globeandmail.com.
Comments are closed