Last week, The Globe and Mail's public health reporter and columnist, André Picard, presented the new breast-cancer screening guidelines – guidelines that would reduce the number of screening mammograms done – as the unalloyed product of science. Citing women's health pioneer Susan Love, he argued that those who support earlier guidelines are caught up in "wishful thinking."

This opposition of science and wishful thinking misrepresents the debate: All health policy guidelines express values, and the new guidelines, while they take into account considerable scientific evidence, also represent a shift in social and economic values. To frame the debate this way harms public understanding of medical science and health policy – and it harms people who have been, or may be, diagnosed with breast cancer.

It must be hard to be a women who has been diagnosed with and treated for breast cancer after a screening mammogram, not only to read that you were among the deluded wishful thinkers, but also to realize that if the new guidelines had been in place at the time, you wouldn't now be engaged in wishful or illusory thinking, because you'd be dead.

The previous guidelines for screening were not wishful thinking, much less illusion or faith. They were the result of the best efforts of exactly the sort of people making the current recommendations: medical researchers, practitioners, health-policy experts. And they were just as scientific. The women who followed those guidelines were not engaged in wishful thinking but in responsible health practices; they simply did what their doctors – and the press at the time – recommended. In some cases, following those guidelines saved their lives. Surely we can do better than to condescend to those women now.

In the years between sets of recommendations, researchers have learned more about cancer biology and about the safety and efficacy of screening, and they have listened to women who have been scared by false positives and others who have been scarred, physically and emotionally, by unnecessary medical procedures. Meanwhile, policy experts have taken into account the enormous cost of screening a huge population for an almost vanishingly small number of lives significantly extended or saved.

Guidelines, in any case, are not science but rather policy based on the best available science. They are based on a risk-benefit analysis and these new guidelines ask Canadians to accept an increase in deaths among middle-aged women without known risk factors who develop aggressive cancers. They invite us to weigh this terrible cost against the benefits to the lives of other patients – the reduction in false positives; the reduction in unnecessary procedures, including surgeries, for women with more slow-growing and less life-threatening cancers; and the savings to all of us in the cost of maximally extensive screening and follow-up programs. The new guidelines involve economic and social values, as well as scientific evidence.

The specific economic and social values embedded in the new guidelines, however, can be challenged. It is perfectly rational and not wishful thinking to say that new guidelines should not forfeit the life of any woman who would have been saved under the old guidelines. Indeed, it is not all that uncommon for such demands to be enforced in health policy under the Hippocratic dictum to do no harm. What must be clear, though, is that the argument here is about values, about the allocation of resources, and about the strategies of rational choice and social action. It is not an argument between right-thinking people who accept science and wishful thinkers who don't.

Susan Love also writes, "Instead of arguing about screening guidelines, we need to face the science squarely and focus on prevention, so that we can learn how to avoid cancer in the first place!" That is a call to change the main topic of concern regarding breast and other cancers – a change from a focus on the diagnosis and treatment of individual cases of the disease to matters of the epidemiology of the disease and public-health strategies for its prevention. Such a change would alter both cancer-research priorities and the larger framework of the economic decisions about resource allocation; it would, for example, make cancer a leading concern in industrial as well as health policy.

Medical science is, in the end, applied science aimed at the reduction of human suffering. It has human wishes and values as its raison d'être. There's a way in which all science is wishful thinking: We all, scientists and others, wish for a world without cancer. What is at issue for all of us is a weighing of values – a cause for debate. To present the debate as an opposition between science and wishful thinking is to mischaracterize both medical science and health policy, and to harm Canadians' chances for a productive discussion of public health.

Alan Richardson is a professor in the philosophy department at the University of British Columbia and chair of UBC's Science and Technology Studies Graduate Program. 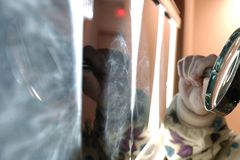 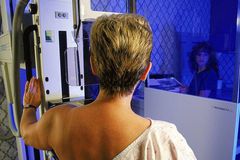 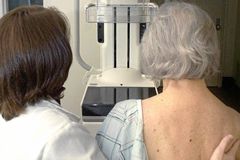 Opinion
Cures for cancer at any cost
November 26, 2011