Alastair Sweeny and Richard Gwyn have made eloquent cases for George-Étienne Cartier and John A. Macdonald as decisive figures behind Confederation. In considering claims for the father of the scheme, The Globe and Mail might want to spare a thought for its venerable founder, George Brown.

John A. Macdonald's dominance of the post-Confederation political scene in Canada obscures the extent to which Brown held the key to bringing it all about.

A Scottish immigrant like Macdonald, Brown does not inspire the same affection as his genial Tory counterpart. Ideologues are seldom loved. He was no natural politician, no glad-hander with a gift for remembering names and faces. His bitter denunciations of Roman Catholic influences in Canadian politics are hardly an inspirational legacy.

Confederation can best be understood by considering what it sought to change, what problems it was meant to solve. The Union of 1840 dictated an unjust equal representation in one legislature for Canada West (later Ontario) and the more populous Canada East (later Quebec). When the 1851 census revealed that the balance had shifted, ardent Clear Grits in Canada West demanded "rep by pop" and freedom from any religious influence in government, rejecting the conciliatory approach of earlier reform leaders. By 1857 Brown, able to temper the most vehement reform factions, had majority support in Canada West. In that same year, Macdonald, Conservative leader in Canada West, and Canada East Bleu chief Cartier formed a pragmatic partnership. Enjoying the support of the Catholic church, the Bleus garnered far more votes than the sovereigntist parti rouge. Politics in the province of Canada were more complicated than a simple English-French dichotomy, and the artificially engineered equality of representation created chronic paralysis, with no one party able to sustain a majority. By 1864, four ministries had collapsed within three years.

George Brown, at the head of an 1864 Select Committee, recommended a federal scheme that would give each half of the province of Canada a separate existence and a separate legislature. It was not deemed essential that the new scheme bring in other colonies, but Brown and the Grits had long advocated annexation of the Northwest – the vast interior controlled by the Hudson's Bay Company.

That same summer, the collapse of another fragile ministry made change ever more pressing, and Brown agreed to work with rivals Macdonald and Cartier in a coalition that would pursue his goals: a federal system, annexation of the Northwest, and representation by population. Brown's biographer J.M.S. Careless unabashedly claimed credit for The Globe's proprietor: "Deadlock was over. George Brown had initiated the breakthrough, and the movement to a whole new union." Even Macdonald's secretary and biographer Joseph Pope sourly acknowledged Brown's centrality, arrayed as he was in the "strangely unfamiliar garb of peacemaker, with his remedy for those national ills which were largely of his own creation."

Brown was indeed at the centre of it all – the sine qua non of Confederation. But it is not entirely true that the initiative lay with him. Governor-General Lord Monck, frustrated by the inability of any ministry to sustain office, had been acting as a behind-the-scenes broker to urge Brown to consider a coalition. Monck's charm offensive included dinner invitations to Government House, featuring group sing-alongs led by the ebullient Cartier. Brown's marriage at the age of forty-four may have also softened his crusty intransigence. With the June 1864 deadlock, Monck pressed Brown even more directly, flattering him that his presence in cabinet was essential. The circumstances justified "the liberty of pressing upon you by this note, as I have already often done verbally, my opinion of the grave responsibility which you will take upon yourself if you should refuse to do so." Monck later acknowledged "in some measure overstepping… the strict line of his constitutional duties," but believed the occasion warranted the risk.

For Brown, the coalition was a temporary means to an end: he took an active part in the Charlottetown and Quebec conferences, promoted the project in the 1865 debates, and travelled to Britain to both facilitate Confederation and the acquisition of the Northwest. But with that achieved, he crowed to his wife that he could again become a free man. He continued to exert enormous partisan influence, not least through his newspaper. It is characteristic of the man that he was better suited to opposition than cabinet. In describing Brown as a "second-rank politician," Gwyn is half right; temperamentally speaking, he wasn't a politician at all.

As we approach the anniversary of the Charlottetown agreement, it is natural to look to Confederation as the beginning of a unified nation. But in truth, the agreement was more a divorce than a marriage, and Brown led the way out of the unworkable union of 1840. Confederation was not a way to repudiate differences, but rather a way to accommodate them.

Barbara Messamore is an associate professor of history at University of the Fraser Valley in Abbotsford, B.C. She is the author of Canada's Governors General, 1847-1878: Biography and Constitutional Evolution (2006), co-author of Narrating a Nation: Canadian History Pre-Confederation (2011), and is editor-in-chief of the Journal of Historical Biography. 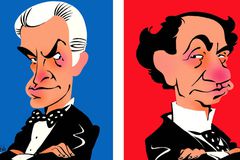