The Fathers of Confederation were not perfect. Apart from limiting their circle to white men such as themselves, some held unbecoming views about Indigenous peoples, not to mention each other. But they understood that without compromise, there would be no Canada.

One of these foundational compromises involved constitutional guarantees for Catholics and Protestants that allowed each religious group to control its own schools. At the time of Canada's birth, language and religion were interchangeable. Catholics largely spoke French, while the Protestant majority spoke English. Having separate school boards saved everybody a lot of grief.

Yet, grief is exactly what this arrangement has bequeathed in modern-day Canada, where years of declining elementary enrolment in every province except Alberta has Catholic and public school boards fighting for students and the government funding they bring with them. Unfortunately, the Fathers who crafted the original compromise, and their successors who extended it to Alberta and Saskatchewan when those provinces joined the federation, likely never contemplated the idea that one day Catholic boards would be raiding their public rivals.

As The Globe and Mail's Caroline Alphonso reported this week, Catholic boards in Ontario are enticing non-Catholic parents to enroll their children in faith-based schools in the aim of maintaining their share of a shrinking student body. This spares them having to make unpopular decisions, such as closing underused schools or laying off teachers. Exemptions from catechism classes are now common at Catholic schools, as parents seek what they perceive to be a better education for their kids without the Holy Spirit getting involved.

Of course, this exposes the ridiculousness in 2018 of maintaining four distinct publicly funded school systems in Ontario – English public, English Catholic, French public and French Catholic. Most school boards are dysfunctional enough, embroiled as they are in petty politics, without giving trustees any added incentive to dream up ways of stealing students from rival boards.

Not that any politician will touch this issue with a 10-foot pole. The provincial Liberals recently asked members for ideas to include in the party's election platform and ending public funding for Catholic schools topped the list. But Premier Kathleen Wynne knows that any such promise would be met with fury by Catholic parents and trustees, who care far more passionately about maintaining separate school boards than those who want to get rid of them understand.

There are still about 650,000 children enrolled in English-language and French-language Catholic elementary and secondary schools in Ontario, accounting for about 30 per cent of total enrolment at publicly funded schools. That is a lot of parents that no major-party politician can afford to upset, especially in an election year.

Unlike in Quebec, where there was broad public support for a 1998 constitutional amendment that converted the province's religious school guarantees into linguistic ones, there is no such consensus in Ontario. It's the same story in Alberta and Saskatchewan, where a 2017 court ruling told the province to stop funding non-Catholic enrolment at Catholic schools. The Saskatchewan government responded by appealing the decision and vowing to invoke the notwithstanding clause of the Constitution if the ruling is ever upheld by the Supreme Court.

Instead of supporters of a single non-faith-based school system deploring the spinelessness of politicians, however, they should be asking themselves just why Catholic boards seem to have so much success attracting students from the public system. Catholic school students tend to perform better on provincial standardized tests. And rankings, such as the Fraser Institute's annual Report Card on Ontario's Elementary Schools, invite parents to compare schools.

Socio-demographic differences matter and public schools in upper-income neighbourhoods usually do better than Catholic ones in low-income areas. But when two schools are pitted against each other in the same neighbourhood, small town or rural community, the Catholic one tends to come out on top. Is it only because its student body is self-selecting?

Or is it because parents who send their children to Catholic schools are more engaged in their children's education? Is it the combination of more discipline and the community spirit that Catholic schools purport to provide that persuades parents that their kids can develop more fully in the Catholic system? Are Catholic teachers better trained or more dedicated than their public counterparts?

Such questions tend to get peoples' backs up, but they need to be asked if proponents of a single system are to overcome political resistance to their cause. Just because they may not like the answers doesn't mean they can ignore them. 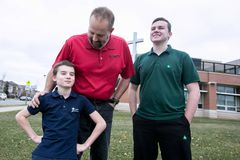 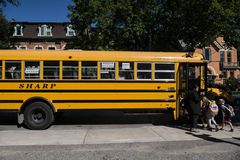 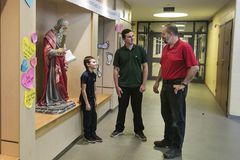