On May 25, Defence Minister Harjit Sajjan said Canada was facing a capability gap in its CF-18 fighter fleet so severe that commitments to both NATO and NORAD were becoming endangered. Almost overnight, the procurement of new fighters was propelled to the top of the government's acquisition priorities. The issue is apparently so acute that the government is exploring a so-called "interim" acquisition of Super Hornet fighters – out of the blue, without any further details to Canadians.

Everyone – in Parliament, in the public and in the media – has known for quite some time that Canada's F-18 fighters were approaching the end of their service lives having flown for 20 years more than what was intended when they were acquired. But years of flight do not tell the full story.

Capability gaps could exist in three areas: The sensors and mission systems of the aircraft and associated payloads; the service life of the airframe and its ability to undertake high-stress manoeuvres; and the actual number of planes available to Canada for its missions. The government has yet to explain which of these invoked the new sense of urgency.

The sensors and mission systems have received continual upgrades. For example, in Kosovo, our CF-18s could drop unguided bombs only, but the risks of collateral damage resulted in upgrades to sensors and targeting systems to permit the use of precision-guided weapons. Before the mission against Islamic State, CF-18 airframes were reportedly upgraded to extend their service life and ensure that they were safe to fly. On any given day, a minimum number of CF-18s have to be available for daily NORAD missions, and a number held in lower readiness for NATO commitments.

A deficiency in any of the above would provoke a rush for an interim acquisition, but the government has yet to explain the reasons.

Mere weeks ago, the commander of the RCAF told a Parliamentary committee Canada has enough fighters to meet its national and international obligations until at least 2025. This is ample time to conduct an open competition and buy new aircraft well before the CF-18s' expiry date of 2025. Has someone been manipulating facts to Canadians?

Yet the government has now stated that the capability gap is so severe it needs a quick fix.

The thing is, there are no quick fixes unless an ally is willing to sell existing aircraft to Canada. If not, an interim purchase would still have to be built after it is contracted, and that would entail a wait of at least two to three years for delivery. And so if this is not an immediate problem but a projected one, an interim new aircraft purchase solves little, and if anything, constrains Canada's future options.

Some point to Australia's interim acquisition of Super Hornets as a model for Canada, but the context and circumstances were entirely different. Australia needed to replace an out-of-production fighter for which parts were in short supply until their F-35s were delivered. That is not Canada's situation.

But what is most disconcerting is that this possible acquisition is being contemplated in isolation from the current defence review. Ideally, the defence review will consider what Canada wishes to do in the world, and equally, equipment will be acquired from an analysis of the future security issues and characteristics that will dominate that future landscape. Does the proliferation of portable and larger anti-aircraft equipment mean aircraft survivability will be at a premium? Are potential adversaries or their proxies being equipped with aircraft that are better electronically camouflaged, or with greater manoeuvrability or with enhanced networking abilities? Two years ago, an independent panel commissioned by Public Works produced a detailed analysis of competing aircraft – why have Canadians not seen that report?

Nevertheless, it is within a defence review that affordability, the future operating landscape and our future needs should be defined. Apparently, that is not happening.

Given that our new fighters can be expected to last at least 30 years, after a vigorous defence review, a competition should be held to find an aircraft that meets all of Canada's requirements. Without a competition in which the best aircraft might emerge, a future government could be saddled with a capability gap in the making. 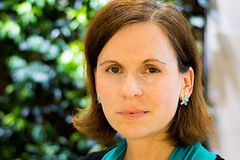