David Miller is a professor of political theory at the University of Oxford. The following is based on his keynote address for the April 19-20 conference on "Cultural Diversity and Liberal Democracy," at the Glendon School of Public and International Affairs, York University. His book, Strangers in our Midst: The Political Philosophy of Immigration, is to be published next month (Harvard University Press).

Canadians are often puzzled that the multiculturalism many of them cherish has been rudely rejected by political leaders and public intellectuals in European societies. Since these societies also now embrace many different ethnic and religious communities, as well as minority nations, isn't it right for the state to treat all cultures equally? Shouldn't laws be adjusted to accommodate cultural differences, and governments behave even-handedly when it comes to supporting cultural events and institutions? Yet a few years back the leaders of the three most powerful European states, Angela Merkel, David Cameron and Nicolas Sarkozy, came out in quick succession to declare that multiculturalism was dead. Nobody much has since tried to revive the corpse.

It's common to blame the demise of multiculturalism on the tensions that have arisen between immigrant ethnic groups concentrated in deprived quarters of the large cities and their white neighbours – tensions that manifested themselves first in race riots such as those in Paris in 2005, but since have become more dangerous with the rise of Islamic terrorism. The accusation is that multicultural policies have helped to create "parallel societies" within each country, and that social segregation breeds intercommunal violence. But it's not easy to see why state support for minority cultures should have this effect. Multiculturalism was supposed to be about helping immigrant groups to integrate, not to segregate.

There are deeper reasons why multiculturalism has fallen into disrepute, some of which will be familiar to Canadians. The attacks have come from different directions. Freedom-loving liberals argue that policies aimed at supporting cultures squeeze people into boxes that don't necessarily fit them as individuals. Feminists point out that the cultures that multiculturalism tries to protect are often patriarchal and oppressive to women. Some members of minorities claim that where the problem they suffer from is racial disadvantage, a focus on culture and eliminating cultural inequality misses the real target. Leftists argue that by bringing issues of culture into the limelight, and by recognizing political leaders from ethnic or religious groups only as spokespersons for those groups, multiculturalism fragments the progressive political coalition that in the past had created the institutions of the welfare state and reduced economic inequality to levels not seen before or since. In particular, it drives a wedge between the white working and middle-class and ethnic minorities.

The death of multiculturalism might then seem to resemble Murder on the Orient Express, in which the victim was stabbed by 12 assailants. But in European societies there is an additional factor that distinguishes our situation from the Canadian one. These are societies with national identities that stretch back for hundreds, if not for thousands, of years, in the course of which they have needed to be defended by armed struggle against rivals and neighbours. That some of these identities include a generous dollop of historical myth does nothing to reduce their emotive force. And now these identities face new threats: global culture, the spread of English as a lingua franca, the flattening effect of the European Union. Under these circumstances Europeans are not likely to be found echoing the Canadian claim that cultural pluralism is the essence of their national identity. Instead, they see it as part of the state's job to protect the national culture; this means giving it some precedence, and encouraging immigrants to adopt it, even they have to jettison parts of the culture they bring with them. In this respect, Europe looks much more like Quebec than it does the rest of Canada.

European leaders, then, think in terms of citizenship and integration rather than of multiculturalism. More commonly now, access to citizenship depends upon passing a test that requires knowledge of the history and political culture of the country, for example. The effect of recent mass immigration to countries such as Germany and Sweden can only be to reinforce this trend. But does this really mean that multiculturalism has disappeared altogether? Many policies associated with that word are still in place, such as affirmative employment policies for ethnic minorities, or accommodations for religiously mandated dress, and these are not going to change. What has gone is a certain idea of how a modern liberal society should look: a variegated landscape in which many cultures live happily alongside each other, with a neutral state presiding benignly over them all.

Greece to migrants: Move to camps voluntarily or be forced
April 7, 2016 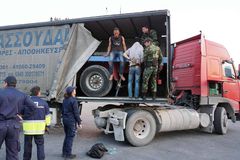 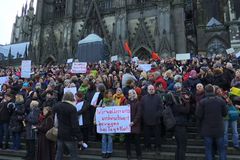