Friday's judgment by the Supreme Court in R. v. Hutchinson has called upon our judiciary to delineate further the parameters and potential limits of consent to sex. What sorts of deceitful behaviours might preclude or vitiate consent? Withholding information about a sexually-transmitted infection? Concealing or lying about one's identity? What about, as in this particular case, sabotaging a partner's birth control?

We should be wary of legal developments that permit the incursion of the criminal law into our intimate, private lives. But conduct that impairs one's ability to choose meaningfully whether to have sex warrants a criminal justice response. This is especially true where such conduct results in sexual activity that produces a risk of serious bodily harm.

This threshold of harm was met in the case on which the Supreme Court just rendered judgment. The complainant faced an unwanted pregnancy, its termination and associated emotional and physical health implications, as a result of her ex-partner's covert decision to poke holes in her condoms before they had sex. Her consent was to protected sex, not what actually transpired. In the absence of consent, then, the sex that occurred was illegal.

Exercising restraint is crucial in the extension of the criminal law to new contexts. At the same time, it is also wrong to resist criminal law's invocation only for fear of the slippery slope phenomenon. Understandably, criminalizing hole-piercing in condoms leads to disquiet about what other types of deceit or secrecy within intimate relationships might qualify as sexual assault. Will fabrications about sterility or "being on the pill" see deceivers – whether male or female – prosecuted when unwanted pregnancies result?

The concern is not entirely misplaced, but caution about drawing parallels is due. There are critical differences between surreptitious conduct that exposes a woman to sexually-transmitted infection and an unwanted pregnancy and a lie that might lead to unexpected parenthood and child support obligations. The latter might, arguably, qualify as harms, but their nature and quality can't be simply analogized with the consequences that the complainant in today's judgment shouldered. It's far from clear, then, that criminal law's reach should extend to all hypotheticals that bear some resemblance with this case.

Criminal law skeptics would also be right to ask whether there's a place for the private law, or civil justice, in cases such as these. Rather than mobilizing the forces of the state's law enforcement mechanisms, couldn't we leave it to individual complainants to bring suit for the injury a wrongdoer has caused her?

Civil suits may indeed be appropriate and logical in some cases involving misrepresentations associated with sex. In some cases, they would allow for redress to be acquired without drawing on law's bluntest – and most overused – instrument, the criminal law.

But despite its possible merits, civil justice alone cannot do the work of accounting for the harms occasioned by deceit that curtails the possibility of consent. Civil actions shift the burden of remedying those harms entirely to a single person who may not have the means or wherewithal to take this on. Furthermore, it would be wrong to relegate entirely to private actors responsibility for addressing conduct that denies a person of the ability to consent meaningfully and willfully to sex. The issue here is one of public concern and the state inevitably has a role to play.

Behaviour that deprives a person of her entitlement to consent to sex is rightfully understood as criminal sexual assault. That outcome is measured where this behaviour exposes a person to serious harms, and where it undermines her autonomy and freedom to make informed, meaningful choices about sex.

Angela Campbell is a professor at McGill University's Faculty of Law. She is the author of Sister Wives, Surrogates and Sex Workers: Outlaws by Choice? (Ashgate: 2013).

Top court to weigh whether a contraception deception is sex assault
March 7, 2014 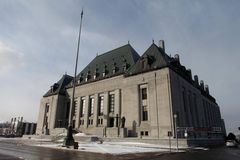