We'll find out before long if Jason Kenney is going to try to unite Alberta's right. If he does, he'll be taking on one of the toughest challenges in Canadian politics.

In many ways, the problem Mr. Kenney would be tackling is much like the work he would have to do if he decided to stay in federal politics and run to succeed Stephen Harper as Conservative leader.

Like its movement-styled cousins on the left, the NDP, leadership races for federal conservative parties often come down to a simple choice: Do we want someone who will sharpen our edges or soften them; reflect the base or expand the tent?

As federal Conservatives grapple with this choice again, Alberta partisans will play a central role.

Political leaders often try to find a formula that appeals to progressive voters in other parts of Canada, without driving away small-c conservatives in Alberta. Most fail.

Today, some Reformers-cum-Conservatives will tell you that Alberta is a bastion of enthusiasm for tiny government, traditional families, jailing criminals, hating communists and loving God.

And in some ways, Alberta does look pretty impregnably Conservative.

But there's reason to wonder if the Alberta that brought Preston Manning and Stephen Harper to positions of power is as homogeneous as these numbers suggest.

Calgary's mayor is a Toronto-born Muslim who won his second term with 73 per cent of the vote. Edmonton's mayor is a young progressive who won 62 per cent of the vote. NDP Premier Rachel Notley was a union lawyer before entering politics. She bested two conservative parties, in part because conservatives fell to fighting over how far right was too far right. A sequel, if you like, to the movie that wiped out the federal Conservative Party.

There's a compelling contrast between rural and urban Alberta, where most of the population growth over the past 20 years has occurred.

Across the province, 27 per cent say they are "right of centre," 29 per cent left. In urban Alberta, only 20 per cent are on the right, 32 per cent on the left.

Last October, Conservatives scooped up 71 per cent of the vote in rural Alberta, but 41 per cent in urban Alberta.

Some Conservatives believe that Justin Trudeau, Naheed Nenshi and Rachel Notley were mistakes voters will correct at the next opportunity. Possibly, but it's also possible that the federal Conservatives are at risk of choosing a path and a leader that will appeal to a smaller, and shrinking, cohort in Canadian society.

Day-to-day politicking between now and the Conservative leadership vote may or may not matter to the long-term prospects of the party. Voters have shortish memories.

But the notes they sound on refugees, on a gender-inclusive anthem, on carbon emissions and on a host of other topics can all carry some risk of "ring-fencing" their brand, and keeping a lot of voters outside the fence.

Voters are getting better at finding authenticity and more determined to look for it. Hard-core conservatives will smell a phony conservative a mile away. So-called Red Tories will be no less able to smell a phony progressive.

A Conservative path to victory is about being ambitious about growing their audience, and positioning themselves just to the right of, not far to the right of, the Liberals. It may not seem complicated, but it's a choice they will struggle mightily with, if history is any guide. 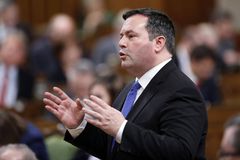 After one year, Notley’s Alberta is a different place
June 17, 2016 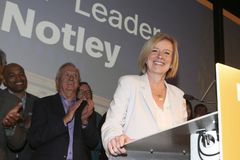