Neil Desai is an executive with Magnet Forensics, a Waterloo-based digital forensics company. He serves as a Fellow with the Munk School of Global Affairs and the Canadian Global Affairs Institute. He formerly served in senior roles with the Government of Canada

Last week, Statistics Canada released its annual report on the state of crime in Canada. If average, law-abiding Canadians only caught the headlines they'd likely breathe a sigh of relief knowing that the "Overall crime rate is still dropping in Canada …".

The report, which provides statistics on both the number and severity of crimes, states that overall crime is down 3 per cent, the lowest crime rate in Canada since the report commenced in 1998. The reduction was largely attributed to the falling number of "break and enter" crimes.

There will be much speculation on the causal factors that should be attributed to this steady reduction in crime. Is the government of Canada's "law and order" legislative overhaul, including mandatory minimum sentences, placing fear in the stomach of would be criminals? Have there been major advancements in the strategies and tactics employed in community policing?

Some may skip right over challenging the normative analysis or understanding the roots of the statistical conclusions and simply suggest that it's time to divert our scarce public resources from policing to other priorities.

Unfortunately, the report and the subsequent headlines miss the forest for the trees. While crime is down overall it continues to rise in certain geographic regions, specifically Canada's most densely populated, metropolitan areas and in specific, extremely troubling, areas of crime.

Sadly, Statscan reports that the violations of child pornography and the sexual violation against children were both up, 46 per cent and 6 per cent respectively, in 2014. Terrorism related crime was reported to have increased by 39 per cent. Identity fraud increased by 8 per cent and other forms of fraud by 2 per cent.

While on the surface it may seem that there are no ties that bind these growing areas of crime, they are bound by their greatest enabling tool, the Internet. Whether it is the exploitation of children, fraud or terrorism, the Internet and the mass proliferation of apps and the Dark Web have profoundly changed the nature of crime.

The number of crimes that span multiple jurisdictions due to the Internet has been on the rise in recent years. Statscan admits it is ill equipped to fully quantify this phenomenon. In the area of child pornography, the report states that due to the complexity of cyber incidents pertaining to child pornography the data likely reflect the number of investigations versus the total number of incidents reported to police.

The Statscan report also makes no mention of the rate of cybercrime, crimes conducted wholly or in part online. However, in 2014, the RCMP released their first report on cybercrime. It found that while cybercrime is difficult to report on, it is quickly on the rise in Canada.

In 2012, the RCMP say they received almost 4,000 reported incidents of cybercrime. This was up from 800 in 2011. This statistic reflects only a small sample of the crimes that occur online. In 2013, the Canadian Anti-Fraud Centre (CAFC) received 16,000 complaints of cyber-related fraud accounting for more than $29-million in reported losses. It is safe to presume the number of cybercrimes and their subsequent cost highlighted by the RCMP and CAFC represent only a small sample of the total number of cybercrimes in Canada.

There is no contesting that the number of break-and-enter crimes is down in Canada and this is a positive trend. However, Canadians should not be lured into a false sense of security as the invasion of their personal space online, their children's welfare and their national security is at stake. The fact is the nature of crime has evolved since the time Statscan originally released its annual report on the state of crime in Canada. Our police and security agencies have been severely hamstrung by jurisdictional challenges and access to technologies that allow them to investigate or prevent such crimes.

Whether it is areas of crime that have been enabled by the Internet, such as child exploitation or terrorism or crimes that happen wholly online, such as fraud, Canadians have reason to continue to press for investments in public safety and the modernization of the legislation that empowers our police and security agencies in the digital age. Those efforts must be bold given the magnitude and complexity of Internet-enabled crime.

Why are we jailing criminals in criminal conditions?
July 26, 2015 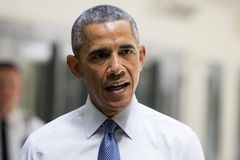 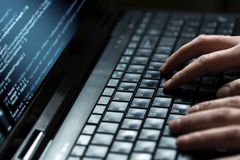