Who knows whether Alison Redford would still be Alberta's premier today if she had acted more promptly in repaying the $45,000 she spent travelling to Nelson Mandela's funeral with a political aide. By the time it occurred to her that the money had come to represent something much bigger to taxpayers, it was too late.

The cost of the trip wasn't grand. Governments waste millions every year with little political blowback. But $45,000 was a number people could relate to, could picture in their minds. It could have been two or three years' worth of mortgage payments, or the price of a spanking new Ford F-150 pickup truck.

When people found out that Ms. Redford could have flown to the funeral for a fraction of that cost, they were furious – and rightly so.

Not long after Ms. Redford met her fate, there was another spending controversy, in B.C. It was revealed that the Speaker of the House, Linda Reid, had brought her husband along to a Commonwealth conference in South Africa. It turns out taxpayers footed the $5,500 cost of her husband's business-class fare. Ms. Reid wasn't inclined to do anything about it when the matter first became public. Suddenly, there was a change of heart.

Sensing this was a matter threatening to blow up into something much grander, Ms. Reid announced she would repay the entire cost of the ticket.

Again, $5,500 wasn't a vast sum, but it was a figure tangible to most. For many, it would take a couple of years to save up that amount for a vacation. Yet here was a politician using taxpayer money to fly her spouse halfway around the world to visit wildlife sanctuaries. Not a chance.

To some extent, the public has always resented politicians' perks. The image of pigs at the trough endures. But there seems to be something different about the public's reaction to the entitlement scandals we're seeing today. People are less inclined to shrug them off, accept them as what politicians do. They're fed up.

"I think we are at a moment in history where the way things have always been done for 150 years is now banging up against a new public expectation … [people are] saying 'That's not the way we want it to be done any more,' " B.C. Premier Christy Clark told The Vancouver Sun last week.

What's caused this shift in the public mood?

Part of it is many people are simply broke. Even in these so-called postrecessionary times, folks don't have money to spare. We aren't seeing the wage increases we once did, but the cost of everything seems to be going up. In British Columbia, the average family pays $20 more a week in provincial taxes than it did just five years ago. No wonder people are offended by the notion of a politician's high-flying ways on the public dime.

Another factor is social media. Today, spending imbroglios can play out in minutes – not weeks or months, like they once might have.

"We live in an age of outrage, where the public gets details much faster and spreads them quickly," said Jordan Bateman of the Canadian Taxpayers Federation. "Public pressure is changing the rules for political perks."

Mr. Bateman believes that more people today have what would be considered white-collar jobs. They understand how executives and business leaders should be conducting themselves and don't see politicians as being any different or more entitled. "They understand that world and what's appropriate, perhaps more than a 1950s blue-collar worker did," said Mr. Bateman.

And in the information economy of today, most workers don't get to fly business class, take their spouses to South Africa, stay in $1,000-a-night hotel rooms or sip $16 glasses of orange juice, he said. Their working lives are much more austere.

Hopefully, politicians are learning that they can no longer use their government credit cards at their whim. The public mood has shifted and taxpayers are rightfully demanding more accountability from elected officials. Old precedents no longer apply.

The days of entitlement are nearing an end. Today's politician needs to understand that. 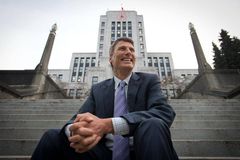 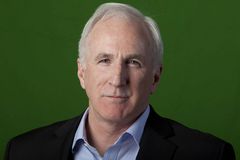