Ottawa has been abuzz for weeks over how badly falling oil prices will damage the Conservatives' brand-defining quest for a balanced budget.

Economists agree that the oil crash will burn through most or all of the modest surpluses projected for coming years (already reduced by $27.5-billion in tax cuts announced last year).

This week, the Parliamentary Budget Office chimed in with a full report on whether Ottawa will sink back into deficit. Its answer: a definite "maybe." Sinking oil will cut federal revenues by $7-billion a year moving forward, assuming that oil prices now stabilize. But whether that translates into an actual deficit depends on many other budget adjustments – several of which are firmly under Ottawa's control.

In short, prudent Canadians, please relax and stop biting your nails. There is less chance of Ottawa reporting a deficit for fiscal 2015-16 than there is of the Maple Leafs winning the Stanley Cup. Not because the books are actually in good shape – but because the Conservatives have invested so much political capital in it that they'll make sure it happens. There are any number of accounting changes, timing adjustments and balance-sheet restatements that can easily erase a small deficit when required.

Indeed, from the outset, the battle to slay the deficit was all about political optics, not economics. Canada's deficits after the 2008-09 meltdown were among the smallest in the world. Our debt burden (the more important concern) is small compared to those of other countries and other periods in history. Indeed, as a share of GDP, the debt has been shrinking since 2012. So whether Ottawa has a small surplus or deficit any year is economically and financially irrelevant.

For this government, though, it's a political imperative. Nothing will prevent the Conservatives from forecasting balance next year. Their reputation for "economic management," already battered by lacklustre growth and job creation, would be tarred by a deficit. And they explicitly promised in the last election that future tax cuts would depend on eliminating the deficit. Rest assured – they will make it happen.

Indeed, all the current hand-wringing over the budget balance merely helps the Conservatives set up a showy but hollow declaration of victory. But there is a more genuine fiscal problem we should consider, that has nothing to do with whether the deficit is vanquished next year. The bigger issue is how much was needlessly sacrificed in pursuit of that balanced budget – and how quickly the Conservatives squandered the results of those sacrifices when it politically suited them.

Running spending cuts since 2011 now total more than $14-billion a year. Canadians experience real consequences from those cuts every day: shuttered veterans' offices, deteriorating statistical data, questionable railway and food safety, ridiculous waits for statutory benefits and more. Federal government employment has plunged by 47,000 jobs since 2011 – explaining much of Canada's lousy job-market performance. These sacrifices were not necessary. Worse yet, the government is throwing away the savings with its tax-cut agenda.

Indeed, if the government truly believed that balancing the books was the most important priority, we could be back in the black right now, never mind next year. Before opening the cookie jar in October for income-splitting and other giveaways, Ottawa was headed for a $3.3-billion surplus for the fiscal year ending March 31. Falling oil prices knocked $1.2 billion off that balance, according to the PBO, leaving a $2.1-billion surplus. But the government spent $3.2-billion on the immediate first-year cost of the tax cuts – pushing itself back, incredibly, into deficit. Without the tax cuts, the budget would already be balanced, even with low oil prices.

It's not prudent to count your chickens before they hatch. The Conservatives were so anxious to lock in tax cuts and corner the opposition that they consciously pushed the budget back into the red. Now, with plunging oil, that deficit looks bigger. No wonder Finance Minister Joe Oliver is delaying his budget.

The government's focus on eliminating the deficit at all costs was misguided and destructive, and undermined the economic recovery. We should stop worrying whether next year brings a small surplus or a small deficit. It doesn't matter. What does matter is why so much was sacrificed in the single-minded pursuit of a supposedly overarching goal – that the government quickly threw away for short-term political benefit. 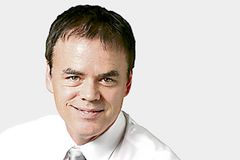