The Department of Veterans Affairs has a proud record. Founded in 1944 to care for and reintegrate into civil society the more than one million men and women who served in Canada's armed forces during the Second World War, it was an ornament of government. The Veterans Charter, the package of programs created by the Mackenzie King government, gave the department the funding it needed to care for the wounded in body and mind. There was money to send vets to university or for training, to give them farms or to set up businesses, and to put cash in their hands and a new suit on their backs. While there were inevitable complaints, the department still cares well for Canada's world war vets, and it does fine work on remembrance and military heritage.

Now all this is in jeopardy. Under its new name, Veterans Affairs Canada has besmirched its record, perhaps irrevocably. Modern-era veterans, those who served in the Persian Gulf, the former Yugoslavia or in Afghanistan, have long believed themselves short-changed by the department and successive governments, and some of the complaints have become vociferous. The Veterans Ombudsman, Colonel Pat Stogran (who commanded the Princess Patricia's Canadian Light Infantry in Afghanistan in 2002), has pushed the department hard to make improvements in benefits. So, too, has retired captain Sean Bruyea, a 14-year air force vet with service in the Persian Gulf war.

And what was the bureaucratic response? After Mr. Bruyea started criticizing the department in 2005 over a new Veterans Charter that changed the compensation package for wounded vets (with its plan to pay lump sums), he suddenly found access to the treatment he required to treat his post-traumatic stress disorder cut off. The department then demanded that he get a psychiatric assessment at a hospital of its choosing. When Mr. Bruyea later secured access to his file, he discovered that his records had been passed around Veterans Affairs' offices. "Folks, it's time to take the gloves off here," one senior official wrote.

So off came the gloves, and Mr. Bruyea lost access to the care and treatment he needed. In other words, the bureaucrats decided to try to shut up a critic who was interfering with the implementation of their plans, and they used his medical records to help them do so. We can almost hear them saying: Pay no attention, deputy minister, he's crazy and a crank.

It's important to note that Mr. Bruyea's shameful treatment began in 2005 under a Liberal government and continued under the Conservatives. Politics was surely involved, but this sorry story smacks of nothing so much as officials protecting themselves and the programs they wanted against the assaults of critics.

One instance of this bureaucratic persecution would be plenty, but Col. Stogran, the Ombudsman, shouted so loudly that the government declined to renew his appointment. Col. Stogran said he had discovered that some 400 Veterans Affairs officials had scoured his personal files for evidence that could be used to shut him up. Other vets soon came forward with similar stories.

Canada's Privacy Commissioner, Jennifer Stoddart, has confirmed Mr. Bruyea's account, and she's now looking into claims of bureaucratic abuse at Veterans Affairs as a whole. But the commissioner's powers to punish are limited. We need a formal inquiry that can summon senior officials and their ministers to explain their actions under oath and issue findings of fault. "People need to suffer the consequences of their actions, because it's the only way they would learn and other employees learn as well," said Mr. Bruyea's wife, Carolina.

She's right. Officials must learn there are limits; they must understand that veterans are citizens with rights to privacy and, because of their overseas service in times of war, even more entitlement to their nation's care and consideration. The breaches of faith are a blot on the department's record and a stain on the Canadian government. If the public's confidence is to be restored, there must be an investigation - with punishment for those who tried to smear opponents. Nothing less will suffice.

Historian J.L. Granatstein is a senior research fellow at the Canadian Defence and Foreign Affairs Institute. 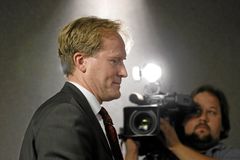 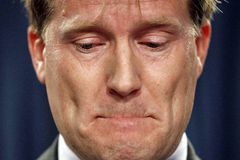