In a talk he gave to an enraptured crowd in Stratford, Ont., last July, Jian Ghomeshi revealed that he had a teddy bear named Big Ears. He said the bear helped him deal with his general anxiety disorder, which has plagued him for years. His therapist suggested that he get the bear because his favourite toy as a kid was a teddy bear with the same name. "Big Ears has played a really important role in my life," he confessed.

This charming anecdote was recounted in the local paper, the Beacon Herald, which covered the speech. The reporter described Mr. Ghomeshi's talk as "both engaging and frequently hilarious."

Big Ears Teddy has been featuring prominently in other Jian Ghomeshi news this week. Two of his accusers say he invited her to his house and proceeded to assault her. Each alleges that before he began, Mr. Ghomeshi turned the bear to the wall and said, "Big Ears Teddy shouldn't see this."

It's hard to find the words for this. For now, "beyond creepy" will have to do.

It may be that the detailed, mounting abuse allegations against Mr. Ghomeshi – including the calm, cool recollection of actor Lucy DeCoutere – are all cooked up. Or it may be that there's something to them. Nothing has been proven in a court of law. But in the court of public opinion, Mr. Ghomeshi has gone in a few news cycles from hero to tainted to universally reviled. He cannot recover. People who prematurely tweeted in his defence (Judy Rebick, Elizabeth May and Sheila Copps, among others) have been left scrambling to explain themselves. The CBC, at first accused of bureaucratic cowardice, is now being accused of harbouring a serial batterer who allegedly hit on his own staff.

There are other words that come to mind to describe Mr. Ghomeshi's alleged behaviour. The words are "reckless" and "self-destructive." If the stories are true, it's almost as if he wanted to be found out. A Twitter feed under the handle @bigearsteddy had a brief run last April. In it, a series of tweets appeared to allege that Mr. Ghomeshi lured Carleton media graduates to his home and assaulted them – which, if true, makes his later references to Big Ears Teddy seem a bit unwise.

Those were not the only allegations that have been floated. For years, word was all over the place that Mr. Ghomeshi was "weird, with women," as one blogger who claims to have encountered him has put it. Mr. Ghomeshi was evidently able to persuade the CBC that this was just the standard trash talk any public figure must endure these days. Perhaps he genuinely believed this himself. Perhaps this was the story he told his therapist and his teddy bear. In his Stratford speech, he discussed the online "culture of outrage" that has coarsened public discourse, and talked about the "global mob ready to pounce" on the next big thing. "Social media is mad," he told his crowd.

In Stratford, Mr. Ghomeshi humble-bragged that he's "neurotic." He said he takes comfort in the fact that all his idols are neurotic too. "Successful, talented creative people, in my experience I've discovered, are all either neurotic or insecure or freaked out in some way or another."

In fact, "neurotic," "insecure" and "freaked out" strike me as a the self-exculpatory language of a guy with far more serious problems. Perhaps a more accurate reading of Mr. Ghomeshi's character, if the allegations are true, would be "narcissistic." Narcissists can't bring themselves to believe that anyone else is quite as real as they are. They don't care about other people's feelings. They can't sustain relationships. They brag incessantly about their achievements. They use shameless flattery to win esteem. They think that everyone should admire them, and are hurt and angered if they don't. When things go wrong, they see themselves as the victim. Guilt is not their thing. They have bad boundaries.

Look up "narcissism" and review the accounts of Mr. Ghomeshi's various accusers and you will find a perfect fit.

Narcissism is one reason why some people think they can get away with outrageous stuff. They are prone to magical thinking, which gives them a distorted view of reality. A little narcissism is healthy. Too much is a personality disorder.

This being a therapeutic age, we automatically seek the root causes of dysfunction in biography. What early traumas could have caused someone to behave like this? Was the person beaten as a child? Was he spoiled? Was his mother overly attentive? Did she reject him? These quests for explanation are often futile. Many personality disorders are born, not made. I often think that when it comes to understanding deviant behaviour, my grandmother said it best: "He's got a screw loose."

For many reasons, this story strikes very deep. Perhaps some good will come of it, if it gives us a better understanding from the discussion it provokes of why so many women – even privileged and educated ones – say nothing. And it is a call to arms, as Ms. DeCoutere so eloquently demonstrated. As a strong, secure person who was not left traumatized, she's not interested in revenge or justice. She decided to speak up not for her own sake – she's fine – but for the sake of other women who are not fine, and for others yet who ought to be spared her experience.

At the same time, I reject the inevitable charges that such behaviour arises from a viciously misogynistic culture that routinely degrades women. Yes, we have issues, and some groups of women have serious issues. Yet there is no culture in the world in which women are treated better. Violence against women, along with all other forms of violence, is in sharp decline.

To blame the general culture is to blame half the population, and that is a tremendous slur against men. The truth is that some men have been pigs, and some men always will be. These men should be outed, shamed and ostracized. Which is exactly what was done to Mr. Ghomeshi this week. 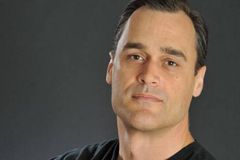