Is Stephen King afraid? Because if the weaver of our collective nightmares is afraid, then I'm lining up for some Xanax.

"The Doomsday Clock now stands at two minutes to midnight," Mr. King wrote on Twitter, in a message that was retweeted more than 5,000 times. "Thanks, Trump." The novelist was right about one thing: The Bulletin of the Atomic Scientists had just moved the hands of its famous clock closer to apocalypse – but less accurate on the Trump business. The American President and his nuclear policies are not, in the scientists' calculation, the only reason we are in this current pickle (forgive me for comparing an existential crisis to a delicious crunchy treat; one finds solace where one can.)

On Thursday, the Chicago-based Bulletin of the Atomic Scientists announced that the Doomsday Clock now stood at two minutes to midnight, 30 seconds closer than last year and as close to midnight as it's ever been. Midnight, of course, is a theoretical earth-ending catastrophe.

(The last time the hands were this close was in 1953, when the United States and USSR had begun testing thermonuclear weapons.)

"There is unfortunately little doubt that the risk that nuclear weapons may be used, intentionally, or through miscalculation, grew last year around the globe," said Robert Rosner, astrophysicist and chair of the Bulletin's science and security board, at the announcement. The board takes climate change and other threats into account when it decides whether to move the hands; this year, the discussions centred on the threat posed by nuclear weapons in an unstable geopolitical landscape. The scientists did not mince words in a collective statement: "To call the world nuclear situation dire is to understate the danger – and its immediacy." 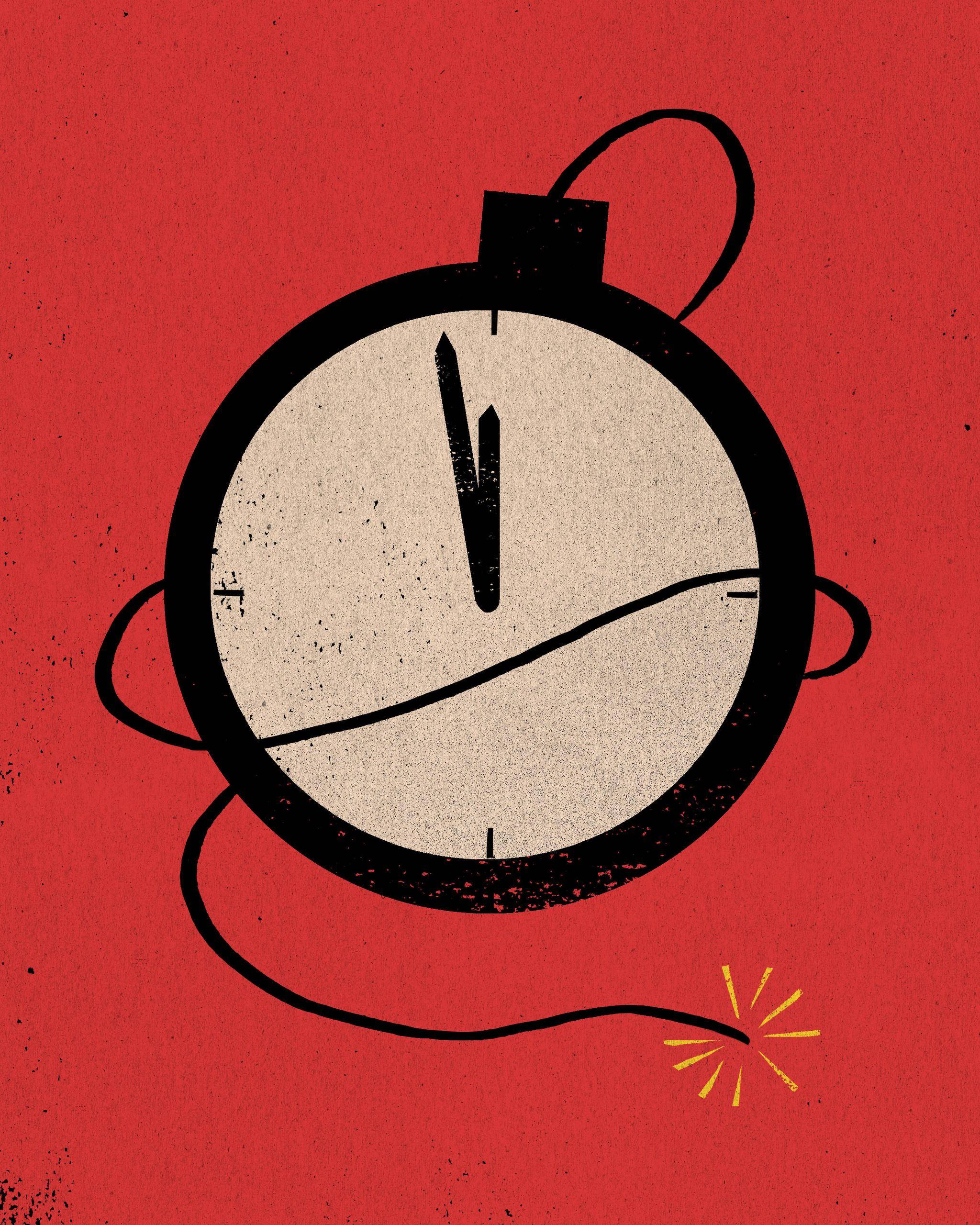 Its critics dismiss the Doomsday Clock as gimmicky and fear-mongering, but you have to admit that taking the abstract concept of mass death and realizing it as a gruesome and imminent countdown is quite genius. There's a reason the Grim Reaper carries an hourglass, after all. And the issues that the Bulletin are grappling with – quite apart from climate change – are complex, seemingly intractable, and far from the public imagination. I'd use a gimmick, too. I'd probably have the hands of the clock dripping blood, and the numbers all little mushroom clouds, glowing in radioactive colours.

The Bulletin's scholars cited a number of reasons for moving the clock's hands forward, including North Korea's testing of nuclear weapons and delivery systems; the upgrading of arsenals by nuclear weapons states; conflicts between Russia and the United States, such as mutual suspicion over the landmark INF treaty; confusion over the future of the Iran deal; and, importantly, lack of any new talks to reduce existing stockpiles (a goal that nuclear powers are bound to under the Treaty on the Non-Proliferation of Nuclear Weapons, and which they have largely ignored.)

And yes, there's the wild card – perhaps it's a joker – presented by the unpredictable Trump administration. The scientists cited the alarm caused by taunt-tweeting and the breakdown of diplomatic norms as destabilizing factors. On top of that, the administration will soon reveal its Nuclear Posture Review, a document that provides a framework for nuclear weapons development, strategy and use.

A final draft of the review was leaked to the Huffington Post and its contents alarmed arms-control advocates.

As Huffington Post's Ashley Feinberg wrote, "What the posture review makes clear … is that the Trump administration wants to produce a considerable number of new nukes." In particular, the draft review looks at creating new, lower-yield weapons – ones that seem more "usable" to America's enemies (and which will, of course, make lots of profit for defence contractors.)

These lower-yield weapons are supposed to actually strengthen deterrence, according to some contorted Rubik's cube reasoning, but I'm not convinced that any sane person would put the words "usable nuclear weapons" in a sentence.

But don't listen to me. Listen to that crazy hippie and peacenik George Shultz. Mr. Shultz was Ronald Reagan's secretary of state, and he was present during the Reykjavik summit with Mikhail Gorbachev, where the two leaders came close to a deal to eliminate their nuclear stockpiles. I may have been joking about Mr. Shultz being a hippie, but not about being a peacenik: In his later years, he's been an advocate for abolition.

On the same day that the scientists moved the hand of the Doomsday Clock, Mr. Shultz was expressing his dismay about the new shift in thinking toward "usable" weapons as he testified before the U.S. Senate armed services committee: "I fear people have lost that sense of dread, and now we see everything going in the other direction.''

He added, "One of the alarming things to me is this notion that we can have something called a small nuclear weapon, which I understand the Russians are doing, and that somehow that's usable. Your mind goes to the idea that, yes, nuclear weapons become usable. And then we're really in trouble, because a big nuclear exchange can wipe out the world."

So Stephen King thinks we should be scared, the Bulletin of the Atomic Scientists thinks we should be scared, George Shultz says we're not scared enough and in Hawaii a false missile alert has citizens sending weepy goodbye messages and stuffing their children in sewers for safekeeping. It's enough to send a body shrieking into the night (and no, I'm not sharing my Xanax).

Or, instead of panicking, you could always look at the steady, measured work of activists such as Canadians for a Nuclear Weapons Convention, which recently released a letter signed by more than a thousand members of the Order of Canada asking the Canadian government to work with other governments toward a verifiable treaty to eliminate nuclear weapons. It may seem like a hopelessly idealistic goal at this moment, when the bats are in charge of the belfry, but all social justice movements seem unattainable until they're actually attained.

The Doomsday Clock-keepers, keenly aware of their reputation as the Eeyores of the atomic age, also had useful advice for combatting dread: "Get engaged, get involved and help create that future. The time is now."

Opinion
It’s the end of the world, darling. Do you have your platinum bunker ready?
June 17, 2017
Opinion
Fingers off the buttons, boys: Women’s voices are crucial to the prevention of nuclear war Subscriber content
January 5, 2018 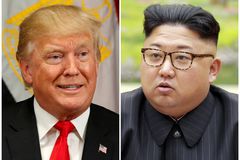 Opinion
Is doomsday really upon us?
January 1, 2018