Indigenous issues in Canada have been prominent in the news over the past few years. The Idle No More movement, the Truth and Reconciliation Commission (TRC), and the Trudeau government's initiation of a public inquiry into missing and murdered indigenous women have each helped to bring mainstream attention to long-standing concerns of First Nations, Métis, and Inuit peoples. As these events have unfolded, have public attitudes also shifted?

To find out, the Environics Institute for Survey Research partnered with seven leading indigenous and non-indigenous organizations to conduct an extensive survey of a representative sample of 2,001 non-aboriginal Canadian adults. We explored these Canadians' views on the relationship between indigenous peoples and the rest of the population. The survey reveals a desire for reconciliation, and a willingness to commit tax dollars to address inequities.

The survey results show increased awareness of the damage done by our history of colonialism. Awareness of the Indian residential schools has risen by 15 points since 2008 to 66 per cent. Non-aboriginal Canadians have become more likely to say that the biggest issues facing indigenous peoples are things like discrimination, stigma and inequality.

The survey measured support for key areas related to the TRC's recommendations and other long-standing unresolved issues. There is almost universal public support (90 per cent) for increased government spending to ensure that indigenous peoples have decent housing and safe drinking water, basics that most other Canadians take for granted.

Nine in 10 non-aboriginal Canadians (91 per cent) also support the TRC's recommendation that funding to indigenous schools be increased to ensure that students have equal access to educational opportunities. Canadians today overwhelmingly believe that education is the key to sustained economic well-being.

This finding from the 2016 survey dovetails with findings from our 2010 Urban Aboriginal Peoples Study, which found that the top priority of indigenous people living in Canadian cities was education. Of course, the history of Canadian intervention in indigenous education is a painful one. This country's policies of forced assimilation through education, which the TRC, Supreme Court Chief Justice Beverley McLachlin and former prime minister Paul Martin have called cultural genocide, robbed tens of thousands of children of family and cultural heritage and inflicted damage across generations.

Our survey shows that awareness not only of the Indian residential school system but of the specific abuses and consequences of that system has grown among non-aboriginal Canadians since 2008; 73 per cent now make this connection.

Canadians see education as not only as a key to economic success, but as one means of unwinding the prejudices and stereotypes that have accrued during Canada's colonial history. More than nine in 10 non-aboriginal Canadians say that it is very (62 per cent) or somewhat (30 per cent) important for all non-aboriginal Canadians to understand the true history of how indigenous people have been treated by governments and society.

Our survey did find negative attitudes, including the belief that aboriginal peoples have a sense of entitlement about receiving support from government, and the belief that suffering communities are partly to blame for their own difficulties. Despite the ongoing presence of these sentiments, there is broad public support for key TRC recommendations, some of which the recent federal budget took steps toward.

Of course, government action on issues so deeply rooted in our cultural and political experience will not deliver immediate benefit. But these results suggest most Canadians would rather be moving along the path to progressive change, even if we stumble, than standing still or moving backward.

Opinion
The roadblock to reconciliation: Canada’s origin story is false
May 10, 2016 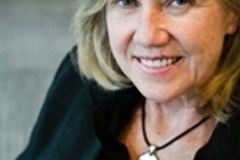