A few years ago at this time of year, a fellow mother in the schoolyard asked me if we were "doing the Elf" this Christmas. What was "the Elf," I asked.

The Elf on the Shelf, she told me, was this brilliant new thing: a children's book that includes a little toy elf that you, as parent, place in various locations around your home to keep an eye on your children. At night, the elf reports back to Santa whether the juniors have been naughty or nice. My friend's six-year-old son was having a ball with it and my friend was enjoying the felicitous impact it seemed to be having on his behaviour.

I made a mental note to avoid the Elf, which bore all the markings of a commercial Trojan Horse – let the thing into your house and become target of a merciless franchised assault. And indeed, last week while buying that marginal product known as a book, I bumped right into the Elf on the Shelf display case and saw with my own eyes what the empire has become: There's a movie, floor puzzle, cooking set, activity book and countless Barbie-style accoutrements including "classy capelet sets" for she-elves and "dapper tuxedos" for he-elves.

According to Fortune magazine, annual sales of Elf on the Shelf hit $16.6-million USD in 2011 and have continued to grow, as helium-filled Elves now routinely float over Macy's annual Thanksgiving Parade in New York and CBS runs an Elf on the Shelf animated feature as part of its holiday special.

Enjoying this, no doubt, are the Elf's creators, a mother and daughter team from Marietta, Ga., who, in 2005, self-published a cute little rhyming book based on their family tradition of having a toy elf sit around their house from Thanksgiving on, spying on the kids for Santa. "From my family to yours," Carol Aebersold writes benevolently in the introduction to the book.

Also enjoying this, apparently, are parents with a whole lot of time on their hands, who are bombarding social media with pictures of the best locations they have found for their family's Elf – cuddled up with the knives in the cutlery drawer or perched on the toilet seat, taking a cute little elven dump of red and white mints.

Meanwhile the critics are piping up. In this NSA-bedeviled age of the surveillance state, should we really be inviting non-familial agents into our own homes? Is it not pedagogically problematic to reward good behaviour with stuff?

If anyone ever needed a definition for first world problem, this would be it. But maybe one Elf-related question is worth asking: Why are we lining up in big-box stores in exurbia to buy something inferior to what our kids can happily supply themselves?

Children's imaginations are marvellous things. Feed and water a child and they develop one. It costs nothing and will provide that child with just the elf or non-elf they need for their Christmas purposes. Their elf will require no parent to relocate it every night or to find a top-secret storage space for the 11 non-Christmas months (and then remember where that was). The elf of a child's creation will not be beholden to some Georgian woman's definition of good behaviour – "you've said your prayers, helped to bake cookies or clean the stairs" – nor will it appear on Pinterest which, frankly, is a good thing.

The magic of Christmas rests largely on fictions and these should be fully enjoyed. Santa's elves have made a few fleeting appearances around our house in recent years, but they typically disappear behind the garage into the local raccoon lavatory before the sighting can be verified. That's as is should be. Christmas is a time of mystery. 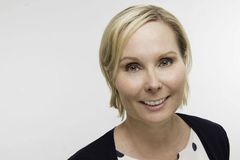