The strains on contemporary marriage are many, given that traditional gender roles are in a dynamic state of flux. Some – like Anne-Marie Slaughter – are convinced that women can't have it all due to competing demands between family and career.

These issues were similarly examined as part of a comprehensive study by the Institute for Social Policy and Understanding (ISPU), "Understanding Trends in American Muslim Divorce and Marriage," authored by ISPU Fellow and University of Windsor law professor Julie Macfarlane. Over a four-year period, information was collected through interviews with Muslim community members, social workers and lawyers. While 25 per cent of the respondents were Canadian, there were no marked differences in trends between American and Canadian couples.

Divorce rates within North American Muslim communities have risen sharply over the past 25 years. While Muslim families face pressures common to all families, certain issues are unique to Muslim culture. Interestingly, the vast majority of those surveyed deemed religious sanction of marriage and divorce important (in addition to civil sanction), irrespective of individual religious practice.

Perhaps the prime source of tension is the role of family authority. Men often see it as their moral responsibility to make decisions for the family, without due consultation. Women, on the other hand, expect a greater role in decision-making and respect for equality. This disconnect may be bridged from a deeper understanding of family leadership in a North American context, as explained by Mohamed Rida Beshir, a well-respected Muslim family counsellor in Family Leadership, Qawamah: An Obligation to Fulfill, Not an Excuse to Abuse. He reminds Muslims that decision-making must involve consultation with all stakeholders (including children), rooted in compassion. Nonetheless, should men have absolute family authority by default?

The study also found that the majority of transnational marriages fail, due unsurprisingly to vast differences in culture. The role of in-laws was also a point of tension, as couples try to seek greater independence in decision-making and working things out, without interference. Differences in religious practice also led to discord, with some women complaining about double standards and religious blackmail used as means to control their behaviour.

According to the study, one in seven divorces occurred when a husband took a second wife – although Islamic principles prohibit polygamy when banned by the state. Unfortunately, some communities take a lax approach, ignoring the harmful effects on women and children. Ms. Macfarlane points out the obvious: There needs to be "a stronger and more explicit stand against polygamy in North America." Community leaders should take heed by devising a robust strategy to prevent this abuse.

In the study, one in three women experienced domestic violence – reflecting wider societal trends. However, community response is uneven. Some imams are quick to take action by involving the police to ensure a woman's safety. Others, however, inappropriately counsel "patience." Disturbingly, some communities tolerate male violence. Muslim communities are perhaps 10-15 years behind, as they begin to broach the difficult topic more openly. Last year's national call by Muslim organizations to eradicate domestic violence, along with the launch of the first-ever Muslim community White Ribbon campaign, are promising steps.

The ISPU has provided Muslim communities with vital information and recommendations to build upon. Community leaders should pore through this study, and take bold steps to address the harmful behaviour that is corroding family life. 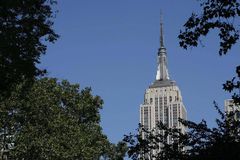 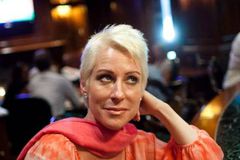 Want him to do more around the house? Stop mommying him, new book says
August 9, 2012 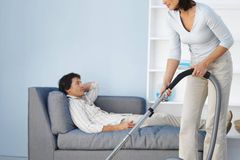