Among President Barack Obama's first acts was concluding a military procurement debate by vowing to veto the purchase of even one more F-22 fighter jet. He was firmly supported by Secretary of Defence Robert Gates, a Republican hawk from the Bush era, who pointed out during an interview with Foreign Policy magazine that the U.S. already had 187 of the jets - and not one had ever been used to fight a war.

Whatever the strategic merit of sacking the F-22, the episode exposed the utter folly of letting bureaucratic inertia propel purchasing decisions in the absence of a vigorous public policy debate about the actual purpose of buying military hardware. Sadly, Canadians are following the folly rather than learning the lesson.

Our debate over buying 65 F-35 fighter jets has stalled at hardware, taking a quintessentially Canadian turn in the worst sense: narcissistic, navel-gazing, insecure and bureaucratic. The national debate, both on and off the Hill, has obsessed over technical minutiae. Is the F-35 too slow? Is stealth necessary? Is it expensive or unreliable technology? Should the process have been open to competitive tender?

These are bureaucratic debates for a nation of soulless penny-pinchers, not a deep moral vision for Canada's role in the world. Debates over tools don't come before you set the project. Are we building a car or a barn? Then we'll know whether we need hammers.

Rick Hillier, former chief of the defence staff, famously articulated the concept of three-block warfare (military action, peacekeeping and humanitarian aid) to respond to what he called the changing global security environment. This was a style of warfare that fit the reality of the day. The majority of conflict, most analysts agree, is not between states, but within states. All the F-35s in the world won't stabilize an Afghanistan or a Darfur. Canadian assets are in play in Libya, but, as British Prime Minister David Cameron has lamented, "you can't drop democracy from 40,000 feet." These seem to be the challenges with which our military will conceivably be tasked. Where do the F-35s fit in?

Here's a basic pitch: The F-35s are a minimalist hat tip to Canada's taking its own sovereignty seriously. The Canadian air force isn't equipped or designed for long-term overseas three-block warfare. In other words, spending money on fighter jets means a more traditional security posture. It means money that's not going into foreign aid or development or even ground security. It means Canada is not just another NGO. We patrol airspace that we actually think is ours, and we have the ability to respond if folks aren't inclined to agree.

Then why 65 jets? That's not nearly enough. It's a compromise number predicated on Canada's doing a little of everything. If we really need a serious interceptor squadron, where did this number come from? This will actually produce a smaller air force. If interceptors are part of Canadian sovereignty, this force won't be up to it.

An election campaign is an opportunity to bring foreign policy into focus for Canadians. Our Afghan deadline is up, the bombs are falling in Libya, and eyes are turned to Ottawa for the next generation of foreign policy. The F-35 acquisition is a chance for the government to stake a bold claim on Canada's role in the world and, on the basis of that claim, to provide the ways and means to do it.

Obsessive controversy over acquisition costs and technical capacities embarrasses our heritage, the proud service of Canada's military, and the moral imperative of our action in the world. If these are the tools we need, then let's not dither. But at least give us the dignity of debating the why of our role in the world. At least give us some soul in Canadian foreign policy.

Robert Joustra is the editor of Cardus Policy in Public and a lecturer in international politics at Redeemer University College in Ancaster, Ont. 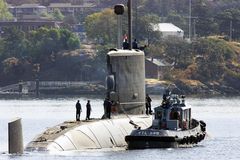 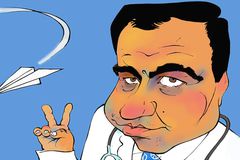