Ken McGoogan is author of Fatal Passage, Lady Franklin's Revenge and other books about polar exploration.

Spending money to search for the two long-lost Franklin ships never made sense to me. Why not devote those millions of dollars to creating Arctic infrastructure? Building a dock at Pond Inlet, for example.

After all, I argued, we have known for more than a century what happened to Sir John Franklin's lost expedition. In 1846, while searching for the Northwest Passage in HMS Erebus and HMS Terror, Franklin got trapped in pack ice off the northwestern corner of King William Island. He died on board, and his starving men trekked south, seeking help or better hunting.

They found neither, and the final survivors resorted to cannibalism. All of this is well-established. End of story. Short of discovering records or logbooks, I did not see that we could learn much more.

Certainly, I accepted the argument that discovering one of the ships would enhance Canada's claim to the Arctic, at least symbolically. Several countries, including the United States, challenge this country's claim to ownership of the Northwest Passage. They argue that it is an international strait.

While the two Franklin ships have already been designated as national historic sites no matter their location, the actual discovery of a ship would increase Canada's chances of having UNESCO declare its location a World Heritage Site.

That declaration would strengthen this country's claim to control of the Northwest Passage. As the waterway becomes increasingly open to shipping, that control becomes crucial to enforcing laws regarding environmental protection. So far, so good.

What's most exciting about this discovery, however, is the where of it.

The ship has been found not in the primary search area, but off a small island to the southwest of King William Island. It appears to be Hat Island, one of the Royal Geographical Society Islands.

The discovery at this location vindicates Inuit testimony. Not only that: In conjunction with that testimony, it suggests an explanation for a major anomaly, one that has troubled historians for more than century, in the so-called "standard version" of what happened to the Franklin expedition.

That anomaly is the north-facing lifeboat, with two bodies in it, that Leopold McClintock discovered in 1859 on the west coast of King William Island. According to the one-page record he found farther north, near Victory Point, Franklin's men had abandoned their ship to travel south seeking help. Why, then, was the lifeboat facing north?

The location of this latest discovery suggests a possibility that has merely been floated in the past. Franklin's two ships may have gotten separated. And some men may have been aboard this newly discovered vessel as it travelled south, carried probably by the ice.

In her 2008 book Encounters on the Passage: Inuit Meet the Explorers, Dorothy Eber writes of interviewing contemporary Inuit who relayed traditional stories of a ship that sank off Hat Island. As a child, her book tells us, Mabel Angulalik "heard that her own relatives had come upon what they thought were pieces of a ship's wreckage buried in sand … to the east of Hat Island." She believes that Inuit shamans might have sunk the ship.

Whatever forces sank the ship, the discovery at this location, taken together with the north-facing lifeboat, suggests that some men from this ship set out to return to the other one – the ship at the so-called "point of abandonment" to the north. This would also explain why only several dozen men were known to have trekked south. At least some of the others would have been on this ship.

This finding also offers further irrefutable proof, if any were needed, that Franklin discovered a navigable Northwest Passage as far south as King William Island. Recently, several historians have argued that because a stretch of coastline remained unmapped into the 1850s, that section had yet to be discovered. Clearly, Franklin sailed right along that unmapped coast, and left evidence that he had done so. The argument is specious.

The discovered ship is apparently in relatively shallow waters, which means it is accessible to further exploration. The boilers on the Erebus and Terror were markedly different in design, which should allow for identification of the ship. Other artifacts will undoubtedly turn up, although records, papers, and logbooks will probably not be among them.

This discovery is already attracting international headlines. As a symbol of Canada's supremacy in the Northwest Passage, the finding is invaluable. It shows that we have have sufficient control over these waters that we can uncover the Arctic's greatest secrets. Oh – and that we can revolutionize exploration history while we are at it. 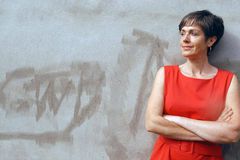