DEREK BURNEY and FEN OSLER HAMPSON
Contributed to The Globe and Mail
Published May 30, 2016 Updated May 16, 2018

At the recent G7 Summit in Japan, all eyes centred on the sluggish growth of the global economy and the long-term security threat posed by China. More pressing issues on the global security agenda received less attention. Foremost on that list is the continuing crisis in Syria and its geostrategic ramifications, which should have been the topic of a serious discussion and consensus among G7 leaders but wasn't.

Persistent efforts to find a political solution to the conflict in Syria have thus far yielded little more than additional players for more inconclusive meetings, now joined by Canada – the latest participant after Foreign Affairs Minister Stéphane Dion's recent overtures to "make nice" with Russia. But few have any illusions that the talk fests in Geneva and Vienna have salvaged any semblance of stability from the chaos.

Almost a half million civilians have been killed and casualties continue to mount. Temporary ceasefires repeatedly collapse because Syrian President Bashar al-Assad's forces continue to do battle aided and abetted by Russian air strikes. Mr. Assad's opponents are divided and poorly equipped. Meanwhile, political events in Iraq are spiralling downwards daily. Sectarian strife hobbles security and lethal attacks in Baghdad are almost a daily occurrence. Coalition efforts to "degrade and destroy" Islamic State militants are more elusive than ever.

The only ones with reason to smile these days over the grave situation in the Middle East are Mr. Assad, Russian President Vladimir Putin and Iran's Supreme Ayatollah Khomeini. Mr. Assad is more firmly in power than he has been for several years, even though his country has been thoroughly shattered in the process. Mr. Putin is literally gloating over the success to "make his country great again." The Ayatollah simply pockets his gains and the growing recognition of Iran as a dominant player in the region.

It is not just in Syria that Mr. Putin is flexing Russian muscle. He is taking every opportunity to tweak the eagle's feathers by reopening hostilities in Eastern Ukraine, and deploying Russian warplanes and naval ships to patrol the seas near the Baltic states.

NATO is scrambling to counter Russian threats in Eastern Europe by dispatching four battalions – two U.S., one German and one British (1,000 troops in each) in Poland, Lithuania, Latvia and Estonia. NATO is also proceeding to deploy an anti-ballistic missile shield in Romania ostensibly to protect against missiles from Iran. Plans are under way for a similar shield in Poland.

Should Britain opt to leave the European Union in next month's referendum, Mr. Putin will be a major beneficiary. Britain is the staunchest European supporter of existing sanctions against Russia, which are due to expire at the end of June.

Donald Trump, the presumptive U.S. Republican presidential candidate, has declared that NATO is "obsolete," but his real complaint is that the U.S. is carrying an inequitable share of the defence of Europe. On that he definitely has a point and it is a perennial lament at NATO. Only four countries – Britain, Estonia, France and Greece – meet the 2-per-cent NATO target for defence expenditures. The U.S. spends 4 per cent.

No matter who wins November's U.S. presidential election, America's security attention is likely to shift to Asia and the long-term threat posed by China. NATO will continue as the bulwark for security in Europe but not the exclusive priority for the United States. More will be expected from Europe itself.

Nonetheless, Mr. Trump among others should never forget that the U.S. security system – and particularly its alliances – together with the open, global trading system that the U.S. engineered after the Second World War, have provided both stability and economic expansion for more than seven decades. The U.S. has been the principal beneficiary.

Coincidentally, the next NATO summit will be hosted in Warsaw on July 8 and 9. It provides a unique opportunity for the organization to demonstrate both unity and resolve. The U.S. is unquestionably the indispensable leader of NATO, but its commitment and resolve can no longer be taken for granted.

The allies can be expected to muster a brave front, while the corridor discussions will undoubtedly centre around what will happen in November. Since the deterrence value of alliances like NATO is still the best bulwark against global bullies, Mr. Putin may just give the assembled leaders a raison d'etre to strengthen and rejuvenate commitments.

What is also certain is that, if Canada's representatives expect to be taken seriously in this delicate debate, our pledge to enhance security will also require tangible commitments in the government's defence policy review. 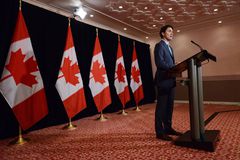 On paying ransoms to kidnappers, is saying ‘never’ really the best policy?
May 16, 2018 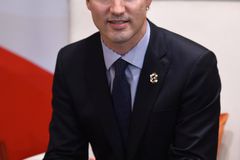