When I was 12, my favourite book was Gone with the Wind. On hot, muggy summer days, my best friend Jane and I would lie around and read our favourite bits to each other. We knew the opening by heart. "Scarlett O'Hara was not beautiful, but men seldom realized it when caught by her charm as the Tarleton twins were." It went on for 1,024 pages of eye-straining type, ending as our indomitable heroine picks herself up once again and declares that tomorrow is another day.

I must have read that book 20 times (although I sometimes skipped the boring parts). It was what George Orwell would have called a good-bad book - despised by literary critics, but beloved of the masses, who bought it by the millions. It was bloated, overwritten and had a rather sunny take on life in the Old South. But it was a great story, with a terrific heroine and a sweeping backdrop that taught me more than any work of history would have done about the U.S. South and the Civil War. In fact, for sheer reading pleasure, I'll take Margaret Mitchell over Virginia Woolf any day.

I wasn't old enough to get a real job yet, so there was nothing much to do in summer except babysit and read. The formative books of my adolescence (I blush to say) were the aforementioned Gone with the Wind, Exodus and Atlas Shrugged. I also read To Kill a Mockingbird, which was published exactly 50 years ago. Recent critiques of this powerful book entirely miss the tremendous impact it had at the time. It portrayed, as no factual account ever could, the vicious and overt racism that remained entrenched in the South until quite recently. The brute injustice at the heart of the story opened my eyes and made my blood boil with rage. At 13, I began to cheer for Martin Luther King.

Popular historical fiction - the kind with lots of research and thinly fictionalized versions of real events - seldom gets its due from the literary elites. But it's a great way to absorb history (or at least a version of it) painlessly, while also being thoroughly entertained. For several summers, I alternated Gone with the Wind with Exodus, another heroic epic about the founding of the state of Israel. The book was commissioned by a New York PR man who wanted to improve the image of Israel among Americans. It worked. (The wildly successful movie, in which Paul Newman played the starring role, didn't hurt, either.)

Leon Uris's novel features brave Jews, perfidious Arabs, a pair of star-crossed young lovers and even a blond American shiksa who has a love affair with the leading man. I read it at least a dozen times. To this day, I have a soft spot in my heart for Jewish men and Israel, although both have sometimes let me down. The novel also introduced me to the horrors of the Holocaust; I read those chapters over and over again, astonished that such depravity was possible on such a colossal scale. Exodus wouldn't make anyone's list of literary masterpieces. But it surely ranks among the most influential American novels of the 20th century - not with other writers, but with the public.

The same is true of Atlas Shrugged, which, I am embarrassed to say, also made a profound impression on my young and malleable mind. I was 15 or 16 when I picked it up. It was even longer than Gone with the Wind. I loved its fiery protagonist, Dagny Taggart, a proto-feminist who ran a railway and was the intellectual equal of any man. (She also had impressive sex, but only with handsome, brilliant men who espoused Objectivism.)

The book celebrated individual achievement and rational self-interest. Its plot featured idealized industrialists who fought the parasitic government. Ayn Rand aggressively espoused atheism, which I embraced with a vengeance. Her characters were full of lofty speeches about intellectual honesty and moral integrity and the virtues of selfishness. In short, her book embodied just the kind of rigid, judgmental absolutism that's irresistible to self-absorbed adolescents who believe society is fundamentally screwed up and their parents are hopeless losers. No doubt, it helped make me more than usually insufferable.

Eventually, I forgave my parents. I came to realize that laissez-faire capitalism was not, in fact, the answer to everything, nor were all religious people dupes and fools. Ayn Rand now seems a faintly ridiculous figure. Yet, I still believe that free markets are basically a good idea. Because of her, I never found the least allure in Marxism, as so many educated kids did. And I still think that most people who run big businesses are more good than bad.

So Atlas Shrugged was another of those good-bad books that turned out to be deeply influential. Alan Greenspan adored it (and, ruinously, believed that markets would always be self-correcting). Unlike the other books I read and reread over those long summers, it was probably the worst written of them all. But its ideas were exciting, and today, for better or worse, it's more popular than ever. Last year, it sold more than 500,000 copies.

In defence of good-bad books, George Orwell wrote: "Intellectual refinement can be a disadvantage to a storyteller, as it would be to a music-hall comedian." Perhaps because I read them over and over - or perhaps because those were formative years - these novels struck me with a force that hardly any highbrow book has since. They gave me an understanding of some of the most important events of recent history, of man's fundamental inhumanity to man, and of the way that big ideas can shape the ways we organize ourselves.

Are Twitter and the Twilight novels a decent substitute? I'm not so sure. I'm sorry for today's kids, who are less and less inclined to lose themselves in thousand-page door-stoppers. They're missing something.

Opinion
In praise of the wandering mind
July 3, 2010 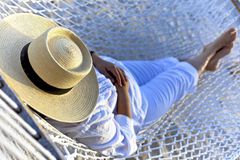