In 2007, the most comprehensive report to date on global warming, issued by the respected United Nations Intergovernmental Panel on Climate Change, made a shocking claim: The Himalayan glaciers could melt away as soon as 2035.

These glaciers provide the headwaters for Asia's nine largest rivers and lifelines for the more than one billion people who live downstream. Melting ice and snow would create mass flooding, followed by mass drought. The glacier story was reported around the world. Last December, a spokesman for the World Wildlife Fund, an environmental pressure group, warned, "The deal reached at Copenhagen will have huge ramifications for the lives of hundreds of millions of people who are already highly vulnerable due to widespread poverty." To dramatize their country's plight, Nepal's top politicians strapped on oxygen tanks and held a cabinet meeting on Mount Everest.

But the claim was rubbish, and the world's top glaciologists knew it. It was based not on rigorously peer-reviewed science but on an anecdotal report by the WWF itself. When its background came to light on the eve of Copenhagen, Rajendra Pachauri, the head of the IPCC, shrugged it off. But now, even leading scientists and environmental groups admit the IPCC is facing a crisis of credibility that makes the Climategate affair look like small change.

"The global warming movement as we have known it is dead," the brilliant analyst Walter Russell Mead says in his blog on The American Interest. It was done in by a combination of bad science and bad politics.

The impetus for the Copenhagen conference was that the science makes it imperative for us to act. But even if that were true - and even if we knew what to do - a global deal was never in the cards. As Mr. Mead writes, "The global warming movement proposed a complex set of international agreements involving vast transfers of funds, intrusive regulations in national economies, and substantial changes to the domestic political economies of most countries on the planet." Copenhagen was never going to produce a breakthrough. It was a dead end.

And now, the science scandals just keep on coming. First there was the vast cache of e-mails leaked from the University of East Anglia, home of a crucial research unit responsible for collecting temperature data. Although not fatal to the science, they revealed a snakepit of scheming to keep contradictory research from being published, make imperfect data look better, and withhold information from unfriendly third parties. If science is supposed to be open and transparent, these guys acted as if they had a lot to hide.

Despite widespread efforts to play down the Climategate e-mails, they were very damaging. An investigation by the British newspaper The Guardian - among the most aggressive advocates for action on climate change - has found that a series of measurements from Chinese weather stations were seriously flawed, and that documents relating to them could not be produced.

Meantime, the IPCC - the body widely regarded, until now, as the ultimate authority on climate science - is looking worse and worse. After it was forced to retract its claim about melting glaciers, Mr. Pachauri dismissed the error as a one-off. But other IPCC claims have turned out to be just as groundless.

For example, it warned that large tracts of the Amazon rain forest might be wiped out by global warming because they are extremely susceptible to even modest decreases in rainfall. The sole source for that claim, reports The Sunday Times of London, was a magazine article written by a pair of climate activists, one of whom worked for the WWF. One scientist contacted by the Times, a specialist in tropical forest ecology, called the article "a mess."

Worse still, the Times has discovered that Mr. Pachauri's own Energy and Resources Unit, based in New Delhi, has collected millions in grants to study the effects of glacial melting - all on the strength of that bogus glacier claim, which happens to have been endorsed by the same scientist who now runs the unit that got the money. Even so, the IPCC chief is hanging tough. He insists the attacks on him are being orchestrated by companies facing lower profits.

Until now, anyone who questioned the credibility of the IPCC was labelled as a climate skeptic, or worse. But many climate scientists now sense a sinking ship, and they're bailing out. Among them is Andrew Weaver, a climatologist at the University of Victoria who acknowledges that the climate body has crossed the line into advocacy. Even Britain's Greenpeace has called for Mr. Pachauri's resignation. India says it will establish its own body to monitor the effects of global warming because it "cannot rely" on the IPCC.

None of this is to say that global warming isn't real, or that human activity doesn't play a role, or that the IPCC is entirely wrong, or that measures to curb greenhouse-gas emissions aren't valid. But the strategy pursued by activists (including scientists who have crossed the line into advocacy) has turned out to be fatally flawed.

By exaggerating the certainties, papering over the gaps, demonizing the skeptics and peddling tales of imminent catastrophe, they've discredited the entire climate-change movement. The political damage will be severe. As Mr. Mead succinctly puts it: "Skeptics up, Obama down, cap-and-trade dead." That also goes for Canada, whose climate policies are inevitably tied to those of the United States.

"I don't think it's healthy to dismiss proper skepticism," says John Beddington, the chief scientific adviser to the British government. He is a staunch believer in man-made climate change, but he also points out the complexity of climate science. "Science grows and improves in the light of criticism. There is a fundamental uncertainty about climate change prediction that can't be changed." In his view, it's time to stop circling the wagons and throw open the doors. How much the public will keep caring is another matter.

As a columnist for The Globe and Mail, Margaret Wente has provoked heated debate over the years with her views on health care, education, and social issues. Her column in last Saturday's Globe, The great global warming collapse, has been widely read and greatly discussed - in three days, the online version of the piece garnered more than 1,400 comments from readers.

On Tuesday at 1 p.m. ET, Ms. Wente joins us to discuss her column and the climate-change debate. Leave a question in advance for Ms. Wente using our Comments function below or join us then to submit your questions.

Ms. Wente has won two National Newspaper Award for column-writing in The Globe and has had a diverse career in Canadian journalism as both a writer and an editor. She has edited two leading business magazines, Canadian Business and ROB Magazine. She has also been editor of the Globe's business section, the ROB, and managing editor of the paper. Her columns have appeared in the Globe since 1992.

Editor's Note: globeandmail.com editors will read and allow or reject each question/comment. Comments/questions may be edited for length or clarity. HTML is not allowed. We will not publish questions/comments that include personal attacks on participants in these discussions, that make false or unsubstantiated allegations, that purport to quote people or reports where the purported quote or fact cannot be easily verified, or questions/comments that include vulgar language or libellous statements.

Opinion
Being bad in Toronto the Good
February 10, 2010 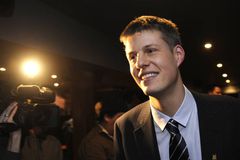 The fear and farce of climate-change science
February 7, 2010
Opinion
Grief industry to the rescue
January 15, 2010