There was something enthralling in the sight, on Thursday night, of young Egyptians, some clad in underwear, making rhythmic pelvic thrusts in front of the Cairo headquarters of the Muslim Brotherhood. The Harlem Shake is an unlikely medium of revolution, but the dance craze this week became the latest front in the showdown between Islamic politics and the drive toward individualism and independence.

Which is winning? At first glance, things look pretty dark: Two years after anti-authoritarian revolutions ruptured the Middle East and North Africa, the forces of Islamic conservatism generally have the upper hand. Their restrictive views, especially around matters of women, sexuality and personal life, are beginning to manifest on the street.

Beneath the surface, something more complex appears to be taking place – perhaps not a whole country embracing the libertine abandon of those dancers, but an Arab world that is making the break, however slowly and awkwardly, from the restrictions of traditional family life.

"In broad strokes," the Egyptian-Canadian writer Shereen El Feki writes in Sex and the Citadel, her fascinating new survey of the intimate lives of women in the Arab world and especially in Cairo, "this sexual climate looks a lot like the West on the brink of the sexual revolution."

That is a fairly startling statement, especially given how atrocious life is for a majority of women in Egypt. This is a country where more than 90 per cent of married women have had genital-mutilating operations between the ages of 9 and 12, and where a third of them believe that these clitorectomies prevent sexual promiscuity (even though most prostitutes have undergone the procedure). It is a place where 60 per cent of highly educated women (and three-quarters of less-educated women) believe that women who dress "provocatively" are at fault if they are raped – and where domestic abuse and sex assaults are measured at levels many times higher than the worst places in the West.

Worse, there is a highly popular belief, across the Arab world and especially strong in Egypt, that women are fragile things in need of protection. As the Salafist TV-star imam Mahmoud al-Masry tells Ms. El Feki, "I believe that the woman is like a diamond, to be preserved. We do not suppress or oppress the woman – I want to protect her." That, of course, is the ultimate form of denigration; it is accompanied by an equally widespread and often grotesque fetishization of virginity.

With those ingredients, how could anyone be hopeful? For one thing, because none of it is timeless or inevitable: Much of the sexual conservatism, and extreme restriction of women's liberties (including the covering of heads) is a development of the colonial years and their aftermath, an angry generation's reaction to isolation and deprivation.

But also because Arab family life is changing very fast – especially in two crucial ways. The first is female literacy, which has risen from less than a quarter in 1980 to about 65 per cent today. The second is family size: In 1960, the average Egyptian woman had almost seven children; today it is 2.7, and falling fast. This isn't as dramatic a change as in Iran, Turkey, Tunisia, Lebanon or the United Arab Emirates, which now have European-sized families, but it is a crucial indicator: Everywhere in the world (including every Western country), the moment when sexual and gender relations began to transform dramatically followed the moment when female literacy passed above 50 per cent and family sizes began to fall sharply.

And wherever this change has occurred, it has been accompanied by social tension and often political turmoil. It is, in the words of the demographer Youssef Courbage, who has chronicled this dramatic "secularization of family life" in the Arab world, "not at all necessary to speculate about some particular essence of Islam in order to explain the violence now stirring the Muslim world. That world is disoriented because it is undergoing the shock of the revolution in modes of thought associated with increased literacy and widespread birth control."

This is what Ms. El Feki has seen beneath the head scarves of Cairo: "struggles toward democracy and personal rights; the rapid growth of cities and a growing strain on family structures; loosening community controls on private behaviour; a huge population of young people whose influences and attitudes diverge from those of their parents." It is, she says, a sexual revolution "in embryo" – visible, sometimes, only in the odd burst of Harlem Shake.

Editor's note: Youssef Courbage was misidentified as Joseph Courbage in an earlier version. 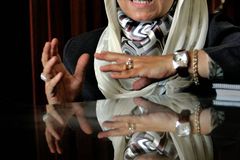 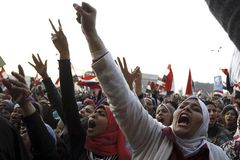 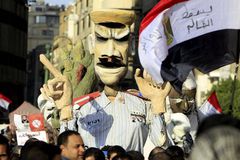