This week, councillors in the tony neighbourhood of Oak Bay did something quite extraordinary: They rejected a luxury condominium proposal on the basis that it was the wrong fit for the community.

This might seem insignificant in many parts of the country, but in the West, and in Vancouver in particular, this is rarely done. The reasons that Oak Bay Mayor Nils Jensen gave for rejecting the project seemed almost quaint. He said the area needed more modest developments that would allow those living in what is an aging community to sell their homes, move into something smaller and pocket some money to augment pensions.

"A lot of residents who want to downsize cannot find appropriate housing in Oak Bay," the mayor said. "They have to leave the community and that's unfortunate because all their social networks and personal histories are here."

The mayor's words harkened back to another time, seemingly a lifetime ago, when those who made up councils cared more about the needs of their fellow citizens and less about the cash lure of developers. Mr. Jensen came across as so sincere, so George Bailey-like, it made a person want to weep with joy that there were people like him who still existed.

His actions are worth noting in light of the affordability debate that rages on in the metropolitan regions of Vancouver and Toronto, and particularly in the wake of the federal government's big housing announcement on Wednesday that focused exclusively on assisting the homeless and low-income Canadians. B.C. Premier John Horgan told reporters here that solving the affordability problem for the vast swath of the middle class will fall to the provinces and local governments.

But how the issue gets addressed remains unclear.

In B.C., developers and some academics continue to push the notion that it's all about supply, despite the fact a load of new supply has done nothing to bring down prices and despite the fact there has been an oversupply of new dwellings in relation to the number of people who have moved into the area over the past 16 years. At least, that is the finding of one academic, John Rose, a professor in human geography at Kwantlen Polytechnic University in Vancouver. In a study made public in The Globe and Mail, Prof. Rose found that between 2001-16, the region added 119 homes for every 100 families who arrived to live here.

Interestingly, the same week, Australia National University published a study with remarkably similar findings in that country, which includes some of the most expensive housing in the world. It found that between 2001-17, the number of homes built in the country exceeded the number of people who arrived to live there by a total of 164,000.

This has left many to conclude the primary culprit for the obscene levels of price escalation we are witnessing in Metro Vancouver and Toronto (and major cities in Australia, too) is rampant speculation and foreign investment – something that has not abated in the face of measures governments in the two provinces brought in earlier to cool the markets.

The question in B.C. now is, will the new NDP government have the courage to take real action on this front, going as far as banning foreign investors from buying existing homes or preventing developers from offering presales to offshore investors before locals who work and pay taxes in this country get a chance?

There are some urging local governments to dramatically raise property taxes on residences in Metro Vancouver. People who live and work in the region would get those increases offset through reductions in other taxes they pay. The move would be aimed at punishing those who just own the property as an investment but work and live somewhere else.

The NDP is promising some measures on the demand side – perhaps raising the foreign-buyers tax to 20 or 25 per cent and extending its reach beyond just Metro Vancouver – but Premier Horgan said this week government needs to be careful that the tactics don't hurt home values. Often code for: We're not going to do anything radical.

I don't know why it has to be so difficult.

If politicians looked at the problem the way Mayor Jensen did and asked the simple question: what is best for those living here? The answers would seem obvious. 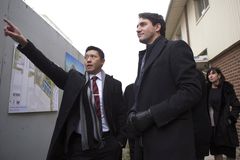 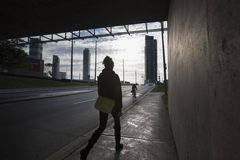 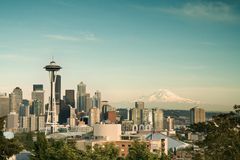