Richard Gruneau is a professor of communication at Simon Fraser University.

Suggestions that universities are hotbeds of radicalism, leading to stifling "political correctness" or "leftist authoritarianism" have been notable in recent media commentaries. This view is a misleading caricature.

Universities work hard to provide a welcoming environment for students in an increasingly diverse and multicultural Canada. The push for inclusiveness is clearly "liberal" (in the way today's conservatives use the term) insofar as it attempts to respect cultural differences and overcome inequalities and oppressions of the past.

But a significant reduction of public-sector allotments since the 1980s has forced Canadian universities to become more entrepreneurial and businesslike. Even the promotion of inclusiveness has been influenced by a market-centred model, built on a desire to compete internationally for foreign students, who can be charged extra tuition fees, as well as for scholarship students and private sponsors.

This model has subtly accompanied a more "client centred" approach to undergraduate education. In an effort to recruit and satisfy diverse student demands, universities can sometimes appear to be more concerned with providing "positive experiences" than creating challenging learning situations.

Moreover, in today's digitized global context, Canadian universities face greater public scrutiny and comparative evaluation. In addition to their responsibilities to governments and taxpayers, universities are subject to frequent media commentaries, magazine and online ratings and rankings. The combination of growing economic imperatives with new conditions of visibility has made administrators more sensitive than ever to public relations, consumer evaluations and program reputations.

Citation-counting services, such as Google Scholar, now provide quantitative indices for "quality assessment" and "productivity" and this has pushed university faculty to become increasingly entrepreneurial, too. At the same time, Canadian universities have grown much larger and more administratively complex over the past three decades, with accompanying bureaucratization and increasingly professionalized, self-enclosed managerial cultures. This has created new hierarchies and tensions among administrators, faculty and staff.

These trends have ensured that Canadian universities remain largely conservative organizations. Even as they seek to promote tolerance and advance the interests of women, visual minorities, the disabled, Indigenous groups and people with diverse sexual orientations and identities, university administrators – few of whom can accurately be called "leftists" – have responded through bureaucratic measures that can sometimes be excessively arbitrary and autocratic.

At the same time, universities are more attuned than ever to negative reactions about any aspect of university policy that might affect reputations and marketability. Recent debates about "free speech" on campus provide an example. Proponents of tolerance and inclusiveness have been fiercely on guard against threats to hard-won recognition and respect. But there has also been strong reaction from some who oppose university initiatives meant to promote inclusiveness and expand tolerance for difference.

The result is a continuing and often-intense debate about appropriate limits on free speech. These intersecting pressures have resulted in an overly cautious intellectual culture on some campuses, where dissent and argument are muted in pursuit of fragile consensus and "safe" spaces, buttressed by fears of negative publicity and reprisal.

All of this is occurring within an ideological framework that the U.S. philosopher Nancy Fraser calls "progressive neoliberalism." By this she means a confluence of social movements for recognition and inclusiveness (feminism, anti-racism, multiculturalism and LGBTQ rights) and high-end symbolic and service-based business sectors operating in a climate of economic libertarianism and deregulation. Here even seemingly so-called progressive forces are constrained and moulded by the pressures and limits of capitalist enterprise.

Nowhere is this more evident than in the university's treatment of its workers. When it comes to labour issues, today's universities do not act much differently from other businesses that produce a product in a competitive market where they must always economize. It is no accident that both graduate students and faculty have felt a growing need to unionize over the past 40 years to ensure measures of protection and fairness in labour relations and work conditions.

Universities continue to search for efficiencies, and new forms of labour discipline, through practices such as the replacement of full-time employees with temporarily contracted labour, resisting unions comprised of teaching assistants and sessional instructors, hiring more professional managers and beefing up HR departments to ensure a strong hand in negotiations with the hired help. As a workplace, the university reveals itself to be "liberal" in only the classical free-market sense of the word.

Canadian universities continue to celebrate a romantic ethos of free inquiry and pedagogical openness and this tradition has not been fully compromised. Universities are still at the forefront of knowledge production, but much of the media discourse around the contemporary university lacks credible analysis, often resulting in an intellectually lazy mobilization of political clichés. Instead of bemoaning ideological phantoms such as excessive liberalism or allegedly leftist influences, critics might better ask why our universities have become as conservative as they are. 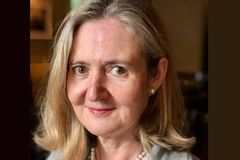