The United States, still mired in a protracted war in Afghanistan that has exacted a staggering cost in blood and treasure, hopes to formally open peace talks with the Taliban in coming days, despite apparent last-minute opposition from Afghan President Hamid Karzai. The Americans are determined to withdraw after more than a decade of fighting, and the talks in Doha, Qatar, would be largely intended to accomplish this "honourably."

How the end of U.S.-led combat operations shapes Afghanistan's future will affect the security of countries nearby and beyond. Here, the most important question is whether the fate of Afghanistan, created as a buffer between Czarist Russia and British India, will or should be different from that of Iraq and Libya, two other imperial creations where Washington has intervened in recent years.

Foreign military intervention can effect regime change, but it evidently cannot re-establish order based on centralized government. Iraq has been partitioned in all but name into Shia, Sunni and Kurdish regions, while Libya seems headed toward a similar tribal-based arrangement. In Afghanistan, too, an Iraq-style "soft" partition may be the best possible outcome.

Afghanistan's large ethnic groups already enjoy de facto autonomy, which they secured after their Northern Alliance played a central role in the U.S.-led ouster of the Taliban in late 2001. Having enjoyed virtual self-rule since then, they will fiercely resist falling back under the sway of the Pashtuns, who have ruled the country for most of its history.

Despite their tribal divisions, the Pashtuns will not be content with control of a rump Afghanistan consisting of its current eastern and southeastern provinces. They will eventually seek integration with fellow Pashtuns in Pakistan. The demand for a "Greater Pashtunistan" would then challenge the territorial integrity of Pakistan, itself another artificial imperial construct.

The fact that Afghanistan's ethnic groups are concentrated in distinct geographical zones would simplify partition and make the resulting borders more likely to last, unlike those drawn by colonial officials, who invented countries with no national identity or historical roots. Indeed, both geographically and demographically, Afghanistan's non-Pashtun groups account for more than half of the country, with Tajiks, Uzbeks and Hazaras alone making up close to 50 per cent of the population.

After waging the longest war in its history, at a cost of tens of thousands of lives and nearly a trillion dollars, the Americans are combat-weary and financially strapped. But the U.S. effort to cut a deal with the Pakistani-backed Taliban is stirring deep unease among the non-Pashtun groups, which suffered greatly under the Taliban and its five-year rule.

Mr. Karzai has been fickle, to say the least, about co-operation, but the rupture of his political alliance with non-Pashtun leaders has also fuelled ethnic polarization. Some non-Pashtun power brokers continue to support him, but many others are now leading the opposition National Front.

These leaders are unlikely to accept any power-sharing arrangement that includes the Taliban. In fact, they suspect that Mr. Karzai's ultimate goal is to restore Pashtun dominance throughout Afghanistan.

Their misgivings have been strengthened by the "Peace Process Roadmap to 2015," a document prepared by the Karzai-constituted Afghan High Peace Council that sketches several potential concessions to the Taliban and Pakistan, ranging from the Taliban's recognition as a political party to a role for Pakistan in Afghanistan's internal affairs. The document even dangles cabinet posts and provincial governorships for prominent Taliban figures.

The most serious problem now is that the country's ethnic tensions and recriminations threaten to undermine the cohesion of the fledgling, multiethnic Afghan Army. Indeed, these splits resemble those that occurred when Soviet forces withdrew from Afghanistan in 1989, an exit that led to civil war and the Taliban's eventual capture of Kabul.

This time, the non-Pashtun communities are better armed and prepared to defend their interests after the U.S. withdrawal. Thus, in seeking to co-opt the Taliban, Washington is not only bestowing legitimacy on a thuggish militia; it also risks unwittingly reigniting ethnic strife that would most likely tear the country apart for good.

This raises a fundamental question: Is Afghanistan's territorial unity really essential for regional or international security?

To be sure, the sanctity of existing borders has become a powerful norm in world politics. Yet this norm has permitted the emergence of ungovernable and unmanageable states, whose internal wars spill across international boundaries.

With America having run out of energy and patience, outside forces are in no position to prevent Afghanistan's partition, with the bloodiest battles expected to rage over control of ethnically mixed strategic areas, including Kabul. Pakistani generals, instead of continuing to sponsor Afghan Pashtun militants, would be compelled to fend off a potentially grave threat to Pakistan's unity.

A weak, partitioned Afghanistan may not be a desirable outcome, but a "soft" partition now would be far better than a "hard" partition later, after years of chaos and bloodletting – and infinitely better than the Taliban's return to power. Indeed, partition may be the only way to prevent a large-scale civil war and to thwart transnational terrorists from re-establishing a base of operations in the rubble.

Brahma Chellaney is professor of strategic studies at the New Delhi-based Centre for Policy Research.

Opinion
Canada doesn’t negotiate with terrorists. Until it does
May 11, 2018 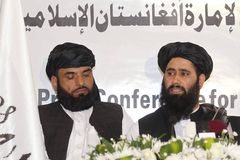 Opinion
Crossing Afghanistan, I saw how the war brought jobs – and corruption
May 11, 2018 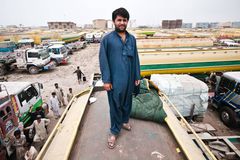