Niall Ferguson is the Laurence A. Tisch Professor of History at Harvard University. He is the author of the new book, The Square and the Tower

Cast your mind back a year, to the first week of November, 2016. Be honest: Who did you think would win the presidency of the United States?

Twelve months ago, I was in a tiny minority among commentators in thinking Donald Trump would win. On the widely read Daily Kos website, for example, Hillary Clinton's chances of winning the presidency stood at 92 per cent. According to The Upshot in The New York Times, the number was 85 per cent. Betfair said 83 per cent. Best of all was the Princeton Election Consortium, which wrote two days before the election: "Whether [Ms. Clinton's] presidential win probability is 91 per cent or 99 per cent, it is basically settled."

Why were the professionals so wrong about last year's election? After 12 months of thinking about this, my conclusion is that it was because they had not read Jurgen Habermas's seminal book The Structural Transformation of the Public Sphere (1962). Mr. Habermas was writing mainly about the 18th and 19th centuries, but his insight was a universally applicable one. Often, historical changes in attitudes, behaviour and politics are rooted in changes to the structure of the public sphere itself.

The key change in our time is the advent of giant online social networks and the smartphones that allow us to be on them practically all the time. Two-thirds of adult Americans are now regular users of Facebook, a company that did not exist 14 years ago. Around 45 per cent of Americans get their news from Facebook's news feed. In April, 2016, Facebook said it was capturing on average 50 minutes of every user's day. We must be up to an hour by now.

The effects are radically different from those of, say, the advent of radio or television for three reasons. First, the content on Facebook is mostly generated by its users. Between March, 2015, and November, 2016, to give just one example, 128 million people in the United States created nearly nine billion Facebook posts, shares, likes and comments about the election.

Second, this content is sorted and ranked not by human editors but by algorithms. Every time you open Facebook's app, an algorithm sorts through all the posts and serves you a customized selection based on its estimate of the probability that you'll like, comment on or share them. This is the origin of what Eli Pariser of the website Upworthy has called the "filter bubble." You see in your news feed only what the algo thinks you'll like. (Maybe that's why you're reading this column.)

Third, Facebook makes money from its users' data by selling advertisements that can be targeted with staggering precision. With Google, it now enjoys a duopoly on digital advertising, which explains the vast sums of money these companies now make. This also explains why it was possible for Russian intelligence to meddle so effectively in last year's election.

Perhaps you didn't see any of the advertisements posted on Facebook by Russian entities such as the blandly named Internet Research Agency. You weren't the kind of user they were targeting. But if you were a white, non-college-educated American in a swing state, you probably did see quite a few of them. My favourite is the picture of Satan and Christ arm-wrestling, with the caption: "Satan: If I win Clinton wins! Jesus: Not if I can help it! Press 'Like' to help Jesus win!"

After much humming and hawing, Facebook has now admitted that Russia used false identities to post around 3,000 ads in this vein and that (including on its other platforms such as Instagram) as many as 146 million users may have seen them. That is more people than voted (139 million).

Facebook sent employees to work with both the Trump and Clinton campaigns to maximize the effectiveness of their advertising. No prizes for guessing which campaign took more advantage of this.

"These social platforms were all invented by very liberal people on the West and East Coasts," mused Brad Parscale, Mr. Trump's digital media director. "And we figure out how to use it to push conservative values. I don't think they thought that would ever happen." That, surely, is the most compelling epitaph for the Clinton campaign – which, in a rich irony, nearly all Facebook and Google employees supported.

To get it right last November, all you really needed to know was that Mr. Trump dominated Ms. Clinton on both Facebook and Twitter. The fact she outspent him, overall, by about two to one was irrelevant. The Clinton campaign wasted millions of dollars on the old public sphere, and wholly failed to grasp what the populist right was doing in the new one. 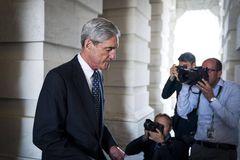 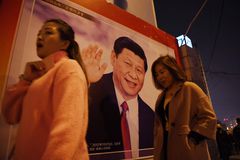