Richard Pound is the senior active member of the International Olympic Committee and was the founding president of the World Anti-Doping Agency. He chaired the WADA Independent Commission that reported on corruption in Russian athletics in November, 2015.

While it could be argued that it took far too long for the International Olympic Committee to decide to exclude Russia from the 2018 Winter Games in Pyeongchang, the most important takeaway is that it eventually did make the decision. Any other outcome would have been an ethical disaster for the IOC and a complete loss of Olympic credibility.

The underlying facts of the state-sponsored doping system and the manipulations of Russian samples at the Sochi Games in 2014 have been established, beyond a doubt, through the investigations launched by the World Anti-Doping Agency in 2015 and 2016. In the end, the IOC either relied on the WADA findings or replicated them in the much-vaunted work of its own Disciplinary Commission. The conclusions of the McLaren Report – dismissed by the IOC as mere "allegations" in its pre-Rio Games rejection of WADA's call for immediate suspension of Russia – proved to be what they were in fact: namely, corroborated findings of an independent investigation that need not have taken 18 months to reconfirm.

Several messages have been delivered by the IOC decision. To Russia, that no matter how large and important it may be on the world stage, the rules of sport apply to it and its deliberate sabotage of those rules comes with a cost.

To individual Russian athletes within the system, they may be allowed to compete if they can demonstrate that they are indeed clean, but they can not compete under their flag and anthem. They will carry, like the mark of Cain, a name and uniform that make it clear they come from a cheating country. The IOC is not renowned for its sense of irony, but this description – Olympic Athlete from Russia – will keep the issue of Russian cheating front and centre at the Games, even without the presence of an official Russian team.

To the rest of the world, there is a message of deterrence – if one of the most powerful countries can be excluded for systematic cheating, so can less important and powerful countries. To the clean athletes of the world, the message is that although the IOC may not be perfect, it is nevertheless one of the few sport organizations that is trying to ensure clean athletes aren't cheated by athletes who dope.

The ball is now squarely in Russia's court: The country is out and must find a way back in. The timing is not fortuitous. Russia faces presidential elections and a seriously compromised football World Cup this summer. Politically, it may be attractive to continue with denials and attempts to put the blame on Western political interference in the forthcoming elections. That may play well for local consumption, but the issue here is not political in nature: it is the consequence of exposure of a system of cheating in sport that enjoyed state protection.

The IOC decision may be seen as too insulting to accept, so Russia might refuse to participate at all. It may launch an appeal against the IOC decision to the Court of Arbitration for Sport, where it might argue that – notwithstanding its unacceptable conduct – it has a legal "right" to participate in the Games, which it does not.

As to the upcoming World Cup, FIFA has shown an inexplicable but all-too-predictable reluctance to confront evidence of doping in the Russian team at the 2014 event and serious irregularities in the awarding of the World Cup in 2018 (Russia) and 2022 (Qatar). It is likely a forlorn hope that FIFA will take an ethical stand on either issue.

Perhaps more troubling, there has been no indication of the need for Russia to acknowledge its culpability, nor a requirement to demonstrate a change in behaviour that will provide the world with reasonable confidence Russian athletes entered in international competitions will indeed be clean. The risk is that Russia will simply draw a line under this distasteful episode and resume its past conduct. That would undo much of the good accomplished by the exclusion of the Russian team from next year's Winter Games.

Globe editorial: Give the IOC a gold medal for booting Russia
December 5, 2017 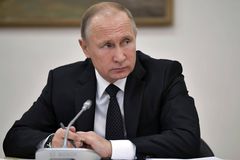 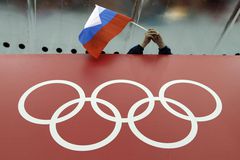