Rouhlat Ali is a Canadian citizen who arrived in Canada from Syria as a refugee in 2007.

Jets flew over my city, dropping their bombs. When my sister finally made contact, breathless and sobbing, I knew it was true: Afrin was under siege and it would be people like my sister Rania, who lives in Afrin with her husband and five children – civilians trying to live their lives in the safest region in Syria – who would suffer.

Turkey's military operation – tellingly dubbed "Operation Olive Branch" – launched on Jan. 20, with more than 100 air strikes and an aggressive ground offensive dismantling the Northern Syrian city. Turkey claims that this is a protectionist offensive, one that seeks to combat the Kurdish military group, YPG/YPJ, also known as the People's Defence Units, which it considers a terrorist group.

Turkey's branding of the YPG/YPJ as terrorists is a convenient strategy that allows it to use anti-terrorist rhetoric as justification for invading a region that has, until now, served as a safe haven for hundreds of thousands of Syrian refugees fleeing the barbarism of the Islamic State. Turkey's position on the YPG is in direct contradiction to that of the United States, a country that has supported Kurdish forces as allies in the fight against IS. The YPG, with backing from the U.S., and in conjunction with Arab militias that make up the Syrian Democratic Forces (SDF), have successfully pushed back IS "village by village," serving as resolute and effective allies.

Canada, the United States and much of the world is indebted to the Kurds, a people who make up a force that has fought consistently and capably against IS and had not, until Recep Tayyip Erdogan's offensive, fired a single bullet into Turkish territory, or threatened their safety. The city of Afrin was a city of peace, home to Arabs, Kurds, Armenians, Muslims, Christians and Jews, functioning under pluralistic and democratic Kurdish control.

Despite this history of allyship and the celebratory accolades offered by Western media at successful Kurdish military operations against the Islamic State, Canada and the United States have offered lukewarm responses to Turkey's reckless military offensive. Canada's Foreign Affairs Minister released a statement that fails to acknowledge the role Kurds have already played in fulfilling their primary focus – the "common objective" of "defeating Daesh."

I cannot save my sister or the thousands of innocent people in my city, but I can bear witness. And I do – I viewed a now widely circulated video of YPJ soldier Barin Kobani (Amina Omar) mutilated by Turkish soldiers. Her body is unclothed, her breasts removed, her abdomen suffers a deep wound. This video, taken by Turkish soldiers, was submitted to The Syrian Observatory for Human Rights and, along with other evidence, shows Barin captured alive and then tortured. Terrorist groups (IS/al-Qaeda) and Turkish soldiers are responsible for the severe human-rights transgressions happening before our eyes. I cannot save my sister, but I can watch – and feel as deeply as possible the pain and suffering of people who, like you and I, simply want to live.

But, at the end of each protest, I go home and the feeling I have is irrefutable. I am despondent and angry. We march in the streets, but where do our voices go? This feels like a waiting game where the world tries to figure out what level of atrocity is tolerable enough to ignore.

While powerful nations play a strategic game of morally-deficient diplomacy, civilians in Afrin pay the price. The United States and Canada continue to ride Kurdish coattails of bravery and success, but have not offered protection to civilians in Afrin, nor a clear and definitive stand against Turkish aggression.

Turkey's invasion of Afrin is not a move for safety. It is not an effort to fight terrorism. These are easy answers being fed to a divided Turkish population that Mr. Erdogan desires to control by channelling a collective fear of the Kurds as an ethnic group. Mr. Erdogan has effectively silenced any Turkish dissent by branding any criticism of his attacks on Afrin as "terror propaganda" and arresting anyone who speaks out. Any leader who is afraid of criticism from his own citizens is not interested in safety, but in control.

Canada must recognize this offensive for what it is – a desire to control a resource-rich section of Syria and a concerted effort to remove Kurds, no matter the price.

And the price is high – more than 150 civilians have been killed, 300 have been injured and thousands of refugees have now been twice displaced.

Opinion
‘Strong’ leadership is a path to weakness
February 3, 2018 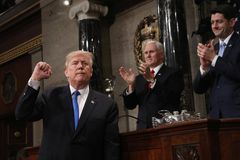 At least seven Turkish soldiers killed in deadliest day for offensive against Syria
February 4, 2018
Follow us on Twitter @globedebate Opens in a new window
Report an error
Due to technical reasons, we have temporarily removed commenting from our articles. We hope to have this fixed soon. Thank you for your patience. If you are looking to give feedback on our new site, please send it along to feedback@globeandmail.com. If you want to write a letter to the editor, please forward to letters@globeandmail.com.
Comments are closed