Canada's foreign policy is being subjected to yet another "review," and an announcement of this government's priorities may be imminent. Nothing has been reviewed so relentlessly over the years with so little in the way of revelation, impact, direction or useful purpose as this country's foreign policy. To some extent, it betrays a reluctance to accept the reality of what we are and where we are. At the very least, the government should make a virtue of simplicity and precision, offering a clear-headed view of what our priorities need to be and why, while avoiding "feel good" nostrums about how we'd like others to see us.

The cornerstone of our foreign policy must be the management of relations with the United States, not for reasons of sentiment but because that's how we preserve our most vital economic and security interests and our capacity for global influence. When we get this part of the equation right, our relevance and influence on global issues increases accordingly. When we don't, our influence and relevance wanes.

We're an Arctic and a Western Hemisphere nation, and our foreign policy priorities should anchor these dimensions as well, especially since the economic potential of both is likely to increase in the decades ahead.

The dramatic shift in economic power to rising stars such as China, India, South Korea and Brazil should also dictate a change of focus for Canada, especially since trade is a major component of foreign policy and many of these countries need commodities, which are pivotal to Canada's growth prospects.

What needs to be recognized, however, is that conventional rules for trade and investment don't apply as much to those emerging markets whose production and investment fall largely under government control. Canada would benefit more from a strategy that leverages our resource base as the means to secure better access for our exporters and investors in markets currently enjoying high rates of growth.

Maintaining an effective, agile military capacity will ensure that Canada can continue to play a selective role on behalf of the United Nations or NATO in combatting threats to global peace. But we shouldn't pretend to be a universal donor. Future involvement should be calibrated against judicious assessments of our capacity and our interests, and not a Boy Scout inclination to be helpful fixers everywhere.

The hard lesson from Afghanistan and Iraq is that military options have limited long-term effect. "Muscular diplomacy," the use of sanctions, and carrot and stick negotiations offer a needed complementary role and should be given greater emphasis.

The Middle East is a quagmire where the earnestness of Canada's desire to be involved exceeds any rational analysis of our direct interests or our capacity for influence. But the same can't be said for our relations with Turkey and Persian Gulf states such as Qatar that are playing constructive regional roles and with whom our ties need strengthening.

Nuclear non-proliferation is an issue on which Canada has real expertise. As the major flashpoints for global insecurity are likely to come from unstable nuclear powers such as Pakistan and North Korea or wannabes such as Iran, Canada should bolster its efforts with allies to prevent the spread of nuclear weapons.

Development assistance is also an instrument of foreign policy, but more analysis is needed for what works and what doesn't. Rather than identifying priority sectors or countries for concentration, we need to target contributions in ways that underscore Canadian strengths and make a demonstrable difference to those in need.

Attention must always be given to fundamental principles of our political system – democracy and human rights, gender equality, religious freedom etc. – but these are best espoused by the model we present at home and by collaboration with those whose values we share.

G8 and G20 summits are the pinnacle of Canada's global involvement. Our solid financial and economic record gives us credentials better than most to articulate and influence action contributing to stability and growth. As our economy continues to grow, while those in Europe sputter, our voice and our influence should increase accordingly. And less emphasis should be given to summits of marginal value, such as the Commonwealth and Asia Pacific Economic Co-operation.

Canada has indulged in more foreign policy reviews than any country of comparable size. More navel-gazing may simply magnify particles of lint. Ultimately, the effect of Canada's role in the world will be determined more by what we do than what we say we should do. 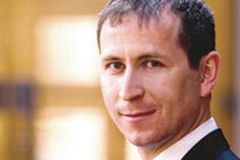 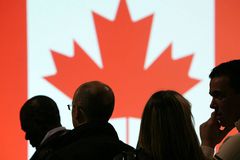 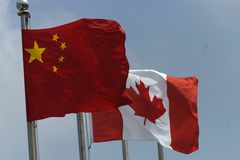