Journalist whose work has appeared in The New York Times, Rolling Stone and Entertainment Weekly and producer of the documentary The Other One: The Long Strange Trip of Bob Weir.

Snobs derive enormous pleasure from lording their rarefied taste over the great unwashed. And there are no more odious snobs than music snobs, at least as they existed prior to the advent of streaming services such as Spotify.

I count myself among the proud snoboisie, a dedicated follower of the things no one else followed. And the good stuff took some searching. A record collection of rare British imports and good Dylan bootlegs was a mark of refinement and connoisseurship.

This has all changed, of course, with the paradigm shift toward music streaming.

Spotify and the like, with their songs numbering in the tens of millions, are making obscurantism obsolete, and what, I ask you, is the fun in that?

Back in the pre-MP3 era, we music snobs thrived in the gap that existed between ignorance and discernment. Scarcity was our fossil fuel, and if there was a weird musical subgenre out there that was worth exploring – Krautrock, Harmolodic Jazz, et al. – then it was certainly worth putting in the legwork to track down the records.

We were nerdy archeologists on Saturday afternoons, amassing scraps and shards of a band's catalogue on seven-inch singles and fanzine flexidiscs until we could hear the whole picture.

I was a self-appointed arbitrator of good music among my friends, but I figured my status was owed me after years of scouring second-hand stores for Every Important Album Ever Made. I suppose this is my version of "I had to walk to school in lead shoes through seven miles of snow."

But gather 'round kids: I had never heard Big Star, the great Memphis band that is now a Beatles-esque legend among those who care, until an older guy I worked with in the mail room of a famous New York ad agency handed me a mixtape when I was 19.

That tape absolutely changed everything for me.

Would I have experienced the same epiphany hearing September Gurls for the first time on my iPhone? I'm not so sure.

While Spotify is an enormous musical resource with lots of fascinating music at its margins, its 60 million subscribers listen only to a small percentage of the more than 30 million or so available tracks. Most gravitate to the low-hanging fruit: hits of the moment, Beyoncé, the Beatles, etc. Those mainstream listening patterns haven't changed in 50 years, and there's no reason to think that the streaming services' bottomless well of music would do so.

No, it's the neo-snobs that have me riled up, those ADHD completists who stream all of the cool stuff and have the gall to flaunt the secret knowledge that was so hard won for us.

Do you know how hard it was to track down a Big Star record in 1982?! All three of the band's albums were long out of print, which meant you had to undertake a vision quest of all the best indie record stores in your city (in 1982, there were plenty of them) and you would search and search for a Big Star album, in addition to all the other rare stuff you absolutely had to have.

It took me months to find the band's debut #1 Record and then I had to pay dearly for it – two weeks worth of mail-room wages. I didn't hear their near-mythical third album (snobs knew it as Sister Lovers) until it was released on CD; certainly no one in my high school owned Big Star records. Which is exactly how I wanted it. I needed to be the only one, the proselytizer who would turn on the initiates.

I know the vinyl revival of the past decade has brought people back to the tactile pleasures of records. But after a healthy decade of growth, sales rose only 2 per cent in 2017. Some have attributed the slowdown to bad digital transfers adulterating the sound, or the marginalization of rock music in general in favour of hip-hop, a genre that thrives on streaming sites. Alas, the vinyl renaissance was perhaps just another trend, like spinning fidgets.

Granted, all this clinging to the musty, Mylar-wrapped folkways of my youth has not immunized me from the pleasures to be had from streaming services. I'm an avid Spotifyer, especially given that I'm a long-distance commuter. In fact, streaming can provide a power boost to a music snob, allowing us to fill in the knowledge gaps by crash-cramming all the records we meant to hear but never got around to buying.

As much as I've enjoyed finally checking out those Cosmic Jokers albums that were once out of reach as expensive German imports, the experience is somewhat hollow. It's fandom by rote, and I can't summon the same joyful sense of discovery. Streaming for me is a convenient but perfunctory experience.

I suppose I shouldn't gripe too much, even though it's great fun to do so; dyspeptic cynicism, after all, is another byproduct of music snobbery. I appreciate the fact that my two daughters, both active streamers, are well aware of the great French singer Serge Gainsbourg, and the "Sound System" DJ clashes of sixties Kingston. So, yes, the music snob's worst nightmare has become manifest: The search for obscure music is as easy as texting. I suppose that's a good thing, but I'm just not sure easier is always better. 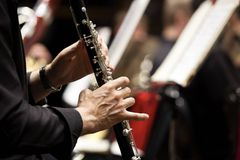 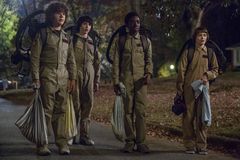 Russell Smith: When music can be made on a screen, we lose abstraction
October 19, 2016
Follow us on Twitter @globedebate Opens in a new window
Report an error Editorial code of conduct
Due to technical reasons, we have temporarily removed commenting from our articles. We hope to have this fixed soon. Thank you for your patience. If you are looking to give feedback on our new site, please send it along to feedback@globeandmail.com. If you want to write a letter to the editor, please forward to letters@globeandmail.com.
Comments are closed