Right-wing fringe parties come and go in Britain. It's hard to predict just how long the United Kingdom Independence Party (popularly known as UKIP) will survive. But, right now, the party and its leader, Nigel Farage, are making life miserable for Prime Minister David Cameron.

They've succeeded in putting the question of Britain's membership in the European Union back on the national agenda. Before taking office, Mr. Cameron had promised that the Conservatives "would not keep banging on about Europe." But now Mr. Farage and his Europhobic supporters have harried Mr. Cameron into announcing that a referendum will be held to determine whether Britain stays in or leaves the EU.

Mr. Farage and his party – whom the Prime Minister once dismissed as "fruitcakes, loonies and closet racists" – have achieved this remarkable coup without ever having won a seat in the British House of Commons. But, ironically, they do have a cadre of 12 members in the European Parliament in Strasbourg and Brussels (thanks to proportional representation, which is kind to fringe parties). From those bastions of the European unity project, they witness the machinations of the Euro beast and dispatch warnings about its malign intentions to their constituents back home.

UKIP's influence, though, lies in the fact that it has become a surrogate voice for Conservative backbenchers suspicious of Mr. Cameron's modernizing agenda. When UKIP's message is parroted in the House, Mr. Cameron's discomfort is palpable. He combats with confidence the socialist menace across the aisle, but he twists around awkwardly as he tries to quell the rumbles of Tory dissent behind him.

UKIP is opposed to bullet trains shattering the peace of the English countryside. So are many Tory MPs. It condemns the government's gay marriage bill. So do many Tory MPs; on Tuesday, half of the Conservative caucus snubbed the Prime Minister and voted against it. (Perhaps the only UKIP position that doesn't resonate with the Tory right is the bizarre defence of necrophilia offered by Olly Neville, the former leader of the party's youth wing.)

The party's raison d'être, though, is its opposition to Britain's membership in the EU, and again it speaks for many in the Conservative Party. UKIP points to the steady erosion of British sovereignty in a host of areas. Right now, it's exploiting the fact that, next year, a change in European regulations will allow Romanians and Bulgarians to settle in Britain.

While Mr. Farage demands that the U.K. reclaim control of its borders, the Cameron government is planning an advertising campaign designed to convince potential immigrants that Britain is a dreary place, with a depressed economy and appalling weather. "You're better off staying in Romania" is the gist of the message.

Despite all his political problems, Mr. Cameron retains the persona of the happy warrior. And that's maybe because he has a cunning plan to defang Mr. Farage and his party.

The proposed referendum, it should be noted, will not take place until 2017 – after the next general election. Mr. Cameron will argue that voting for UKIP will erode the Tory vote, paving the way for Labour Leader Ed Miliband – who's being craftily evasive about the Europe question – to win the keys to 10 Downing St. If you want a referendum on Europe, Mr. Cameron will say, you have to vote Conservative.

As a short-term electoral strategy, it might just work. But then will come the hard part: negotiating an arrangement acceptable to the British people with European partners who are increasingly impatient with what they see as the U.K.'s lack of enthusiasm for nearly all aspects of European federation.

Like several of his predecessors – Harold Wilson and Margaret Thatcher come to mind – Mr. Cameron will strive for an arrangement in which Britain enjoys the benefits of a free market in Europe, while cherry-picking the concomitant obligations of EU membership. He won't succeed, and Nigel Farage is likely to still be around, urging that Britain reclaim its national independence and leave the continent to its own devices. And there'll still be a section of the Conservative Party paying heed to his words. 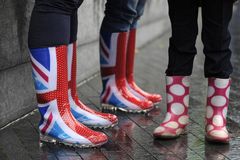 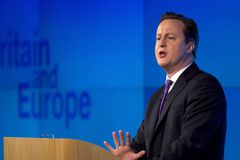 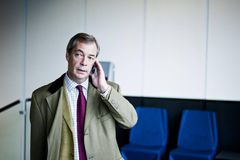