As a child, Lindsay Leigh Bentley desperately wanted to be a boy. She refused to wear dresses and adored going hunting with her dad. She loved sticks, guns, motorcycles and monsters. She chopped the hair off her Barbies. Her parents had to cut her own hair short because she refused to let them brush it. Her best friends were boys. In childhood pictures, she looks fierce, and tough as nails.

These days, her worried parents would probably hustle her off to the nearest gender-identity clinic. But Lindsay grew up in a more backward age, when such things did not exist. So she had to struggle on as best she could. Her parents let her be herself. Today she is a (strikingly feminine) wife and mother who still loves hunting and football. "Had my parents decided, at age 5, that I was a boy, I can not imagine the confusion that I would have experienced during my teen years," she writes on her blog.

Ms. Bentley decided to tell her story after Ryland Whittington, age 6, became a child celebrity this spring. Ryland, too, was desperate to be a boy. After consulting a therapist, Ryland's parents cut her hair, began to call her "he," and informed their friends and family that their daughter was now their son. They made a video showing Ryland's transformation into a little man in a suit. It went viral.

"There are huge benefits of doing this earlier in life," gender therapist Darlene Tando told ABC News, which publicized Ryland's story on Good Morning America. "It's really just like they have been given this gift that everyone around them starts seeing them for who they are."

The Whittingtons were widely applauded for their total acceptance of their transgender son. Ryland was invited to speak to a crowd of 1,100 people at the annual Harvey Milk Diversity Breakfast in San Diego, where his family received the Inspiration Award. "I am the happiest I have ever been in my whole life," he lisped. "Thank you to my parents."

Will he thank them 20 years from now? We'll see.

The mainstreaming of transgenderism is in some ways a logical extension of the civil-rights and diversity movements that have transformed society for the better. But it is also the story of advocacy run amok, in which a small but militant group of activists has managed to strong-arm well-meaning people into believing that gender is not innate but "assigned," that those who are "trapped in the wrong body" would be happier with radical hormone treatments and mutilating surgery, and that children as young as one or two should be pushed along a path whose implications they are far too young to understand.

Let's be clear. People have the right to present themselves any way they want. Transgendered people are entitled to dignity, respect and equal treatment. And some really are happier with hormones and surgery. But transgenderism is also a fad that has been spread by social media and embraced by individuals (and families) as the explanation for their confusion, loneliness and dysfunction.

One skeptic is Camille Paglia, the formidable cultural critic and dissident feminist. "Transgenderism has taken off like a freight train and has become nearly impossible to discuss with the analytic neutrality that honest and ethical scholarship requires," she said in an interview with FeministTimes. "I am concerned about the current climate, inflamed by half-baked postmodernist gender theory, which convinces young people who may have other unresolved personal or family issues that sex-reassignment surgery is a golden road to happiness and true identity."

You've got to be brave to say that these days. Today, anyone who dares to question the march of transgender rights is labelled as transphobic.

Gender and sexual orientation are two entirely different things. Gender is not a choice. Almost everyone is biologically born either female or male, a fact that neither surgery nor self-declared identity can change. Sexual orientation means who you are attracted to. The conflation of gender identity with sexual orientation is understandable, but deeply mistaken.

In fact, the most bitter battle in the LGBT movement today is between radical feminists and the transgender movement. You can read all about it in the current New Yorker piece, "What is a Woman?" Older radical feminists insist that male-to-female transsexuals are still men, and don't have the right to invade all-female space. These days, that makes them bigots. Transgender activists (male-to-female, in this case) insist that they are entitled to all the rights and privileges of those who were born biologically female. This is not an academic point. Male-to-female transsexuals have insisted on their right to work at rape-crisis centres, for example – a claim that has been bitterly contested by the women who run these places, and worry how their clients who have been violently abused by men might react.

But today, people demand affirmation for their "personal truth," no matter how distorted that truth might be. Transgenderism is not so much the "next civil rights frontier," as Time magazine declared it, as a way for intimidated liberals to declare their bona fides. Enough is enough. And for God's sake, leave the kids alone. 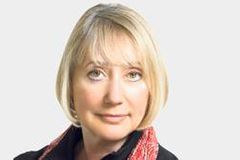