"I am my own saviour. Always have been, always will be."

Those are the last words Adam Maier-Clayton, 27, posted on his Facebook page before taking his own life on Thursday. His death was not a surprise. Mr. Maier-Clayton had been saying for months that he wanted to end his life, and pleaded publicly for an assisted death.

But existing legislation, Bill C-14, requires that death be "reasonably foreseeable," so he was deemed ineligible. He took matters into his own hands.

Mr. Maier-Clayton's advocacy – up to and including his suicide – have forced us once again to ask the question: Should people with mental illness be denied assisted death? (A similar question needs to be asked about those with dementia.)

Adam Maier-Clayton: As a person with mental illness, here's why I support medically assisted death

The simple, straightforward answer is: Of course not. But there is an important proviso: All people who request assisted death should be competent. What that means, practically, is that they have the ability to distinguish right from wrong, to make decisions rationally.

Mr. Maier-Clayton was certainly rational. He spoke eloquently about his condition, about his battles with anxiety, obsessive compulsive disorder and somatic symptom disorder.

His illness was such that he suffered pain, unrelenting physical and psychological pain. Mr. Maier-Clayton tried everything: Antidepressants, antipsychotics, therapy, even an experimental treatment, ketamine. Nothing worked. His illness was deemed refractory, meaning it was untreatable.

The people who currently seek and are granted assisted death in Canada are those with untreatable, terminal illnesses such as ALS and metastasized cancer.

More than 800 people have had a legal assisted death since the laws took effect (December, 2015, in Quebec and June, 2016, in the rest of Canada), but the statistics are fuzzy because they are not published routinely.

Let's not forget that the Supreme Court of Canada – in its landmark ruling in the Carter case – said that anyone with a "grievous and irremediable" condition should be eligible for assisted death. The court said nothing about death being imminent, nor did it say that people with mental illness or dementia should be excluded. In fact, the ruling from the top court referred specifically to "physical and psychological suffering" and said that no one should be "condemned to a life of severe and intolerable suffering."

The federal government, in its wisdom, decided that it needed to protect (some would say patronize) people with mental illness so they could not be coerced into seeking assisted death. Bill C-14 says that only consenting adults "in an advanced state of irreversible decline" whose natural death is "reasonably foreseeable" should be eligible.

But the government recognized that these restrictions would certainly be challenged in court – and they are – so they asked the Council of Canadian Academies to report on how the law could be extended to people suffering from mental illness, along with those with dementia, and mature minors. The report is due in 2018.

Other Canadians who want to avail themselves of assisted death shouldn't have to wait either for legislation to catch up with the court ruling and public sentiment. Most people accept that if someone's dying anyhow, it's okay to hasten their death, especially if they're old. But cases such as Mr. Maier-Clayton's make us distinctly uncomfortable. He was young, healthy-looking and not suffering from any obvious physical illness.

We should not discriminate or deny people rights because it makes us queasy or because of our prejudices. This case reminds us just how severe mental illness can be. "Non-existence is better than this," Mr. Maier-Clayton said. "Once there's no quality of life, life is akin to a meaningless existence."

Opponents of assisted death argue that those who suffer from mental illness cannot make rational decisions, that they need to be protected from themselves.

But we're not talking about granting assisted death to someone who is delusional, or suffering from psychosis or someone who is depressed and treatable. The suffering has to be persistent and painful, though not necessarily imminently lethal.

Another argument put forward by some who oppose extending assisted death to those with mental illness is that there might be a treatment breakthrough just around the corner. Faint hope is not a reasonable justification for denying assisted death, whether a person suffers from cancer or refractory mental illness.

As Mr. Maier-Clayton said: "If someone is suffering for years and years like myself, what are you protecting them from? You're not protecting them. You're confining them to pain."

Opinion
Quebec pushes the boundaries on assisted dying once again
April 3, 2017
Opinion
Hospitals have no right to opt out of assisted dying
December 13, 2016 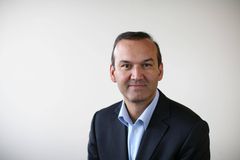