This week, Marilyn Poitras announced her resignation as one of the five commissioners on the National Inquiry into Missing and Murdered Indigenous Women and Girls. This is not the first resignation from the inquiry since its launch in September, 2016. Ms. Poitras explained that she felt unable to perform her duties as a commissioner "with the process designed in its current structure."

Assembly of First Nations Chief Perry Bellegarde has called the resignation "regrettable," and has said that the AFN is "very concerned about this resignation because the work of the national inquiry is too important and we want to see it succeed for the families."

The creation of an inquiry into missing and murdered Indigenous women and girls was a key campaign promise of the Liberal government and was a dominant issue throughout the election campaign in 2015. The Liberal, New Democratic and Green parties all committed to launching a public inquiry if elected. The federal government has committed $53.86-million to the inquiry and its mandate, which is to be completed by Dec. 31, 2018. The inquiry's final report is due on Nov. 1, 2018.

Mr. Bellegarde's comments, and of course the resignation of the commissioner and others, raises an important question: What would it mean for the inquiry to "succeed?" What would success look like? Will the inquiry be able to achieve success as measured against the goals and objectives set out in its broad mandate?

The National Inquiry into Missing and Murdered Indigenous Women and Girls is a public inquiry that, like other public inquiries appointed by the federal government in the past, is empowered by the Inquiries Act to call witnesses, require evidence and compel the production of documents and items found to be necessary to the investigation. Public inquiries are meant to allow for the full and impartial investigation of issues of relevance to the nation. They are a mechanism that governments can use to hand over complex and politically explosive issues to an independent expert, judge or commissioner to conduct a full examination and then to write a report that communicates the findings of the investigation and makes recommendations for the future. Hearings are (usually) conducted in public, which can foster trust in the process itself as well as the outcomes and recommendations. Canadians hear what the inquiry hears, without any filtering from the elected officials who might fear the political consequences of the findings.

Although the mandate of any national inquiry is far-reaching and is meant to have relevance beyond the particular case or circumstances that triggered its existence in the first place, that of the Inquiry into Missing and Murdered Indigenous Women and Girls is broad, deep and without defined boundaries, even when compared to other public inquiries. Its mandate includes reporting on the systemic causes of violence against Indigenous women and girls and examining the underlying social, economic, historical, institutional and cultural factors that contribute to this violence.

By contrast, the mandates of the Commission of Inquiry into the Actions of Canadian Officials in Relation to Maher Arar (2006) and the Oliphant inquiry into Brian Mulroney's dealings with Karlheinz Schreiber (2010) were focused on particular cases or circumstances involving specific individuals within a defined period of time. The recommendations of these inquiries were far-reaching, but the investigations themselves were more narrowly and concretely drawn.

The breadth and scope of the mandate and objectives of the National Inquiry into Missing and Murdered Indigenous Women and Girls represents a huge, bold commitment on the part of the federal government, to state the obvious. The broad and ambitious mandate encourages us to have high expectations about what the inquiry can and will deliver, but the resignations from the inquiry, regardless of individuals' reasons for doing so, cause us to wonder whether the inquiry will be able to fulfill this mandate. Lead commissioner Marion Buller has already said that more time and money will be needed for the inquiry to complete its work.

To state the obvious once again, many people are counting on this inquiry to find truth, to enable an essential dialogue and to facilitate healing and reconciliation. Public hearings are scheduled for September and an interim report is due two months later. Let us hope that the upcoming period of public activity will quell suspicions that the weight of the inquiry's enormous mandate might be crushing. 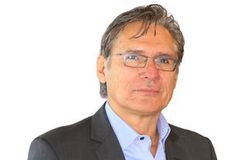 Opinion
Celebrate the tepee protest. Demonstration improves social justice
June 29, 2017
Follow us on Twitter @globedebate Opens in a new window
Report an error Editorial code of conduct
Due to technical reasons, we have temporarily removed commenting from our articles. We hope to have this fixed soon. Thank you for your patience. If you are looking to give feedback on our new site, please send it along to feedback@globeandmail.com. If you want to write a letter to the editor, please forward to letters@globeandmail.com.
Comments