Paul Heinbecker is a former diplomat and policy advisor, now with the Centre for International Governance Innovation and Wilfrid Laurier University. This article is derived from a larger essay that will appear in constitution.ca.

Fealty to the British monarchy is an anachronism and a drag on Canadian foreign policy that confuses many and delivers little. It is time to turn the page on Buckingham Palace. Doing so need not disavow our history nor disrespect the Queen. It would acknowledge how far we have evolved as a society since the sun set on the British Empire and how far apart we and the monarchy have grown, a distance destined to increase when royal succession happens.

As a career Canadian diplomat, I have seen Canada as others see us. When I was Canada's ambassador to the United Nations, I was invariably given a respectful hearing because of the people and the values I represented, and because of the constructive foreign policy carried out in their name. Canada was regarded as a model global citizen that made diversity a strength, while safeguarding equality before the law and protecting the interests of our minorities, albeit with some disappointing failures with respect to aboriginal Canadians. As Prime Minister Brian Mulroney's foreign-policy adviser, I saw the high regard with which Canada was held in opposing apartheid in the eighties and in promoting German unification in the nineties, both against London's druthers. As Canadian ambassador to the UN, I witnessed the respect Canada enjoyed when Prime Minister Jean Chrétien withstood British (and American) pressure to join in the catastrophic 2003 Iraq war.

Fealty to the British monarch associates us with a checkered British history. Britain's many major accomplishments, including standing up to authoritarianism and fascism in two world wars and giving the world its most shared tongue, do not obscure historic wrongs committed in the name of the Crown which have become part of the political DNA of many countries. The repercussions of Britain and Europe dividing Africa into colonies of economic convenience are still being felt. The UK-driven opium trade generated wars and addicted millions in nineteenth-century China for the benefit of the British exchequer, colouring contemporary Asian attitudes towards the West. In India, when a century of British rule ended in 1947, life expectancy was just 31 years, less than half what it was in the UK then and half of what it is in India today. Literacy was 12 per cent, a sixth of what it is now. The Sykes-Picot treaty, the self-serving British-French redrawing of the map of the Ottoman Empire after World War I, brought the peace to end all peace in the Middle East.

The monarchy adds celebrity to Britain's reputation but not to ours (ask any American or Asian or African which country William will be king of). It does generate confusion about who we are and what our relationship with London is, and necessitates endless explanations that the Crown is a kind of legal convenience in Canada and historical artifact.

The royal family themselves are under no illusion about who they are – British; where they live – Britain; and what they represent – the United Kingdom. When I was posted to Bonn in the nineties, Queen Elizabeth paid an official visit to Berlin largely to promote British industry. Ambassadors from Commonwealth countries were convened to Berlin, at their countries' expense, to greet the Queen (in reality a photo-op). Because there were Canadian firms in Germany that could have used some high-level support, and because my credentials said that it was in her name and on her behalf that I was accredited as the Ambassador of Canada to Germany, I decided to test what the Monarchists' assertions – that she is our Queen, too – meant in practice.

Not much, as it turned out. I asked an aide at the photo-op whether while promoting UK business her majesty might put in a good word for Canadian business too. It was evident from his reaction that such an idea was as unwelcome as it was novel. Years later, Kate and William, following their rapturous welcome in Canada, headed to Hollywood where they promoted British artists. Plus ça change… The link to the monarchy notwithstanding, in the 147 years since Confederation, Canada has become richer, healthier, safer, more populous, better educated, better connected, and more capable than ever before, one of a handful of states capable of making a difference in the world. That is the Canada that the vast majority of our approximately 10 million immigrants have chosen to join since colonialism's demise. It is not the Canada of monarchical nostalgia. Yet, the 150th anniversary of Confederation in 2017 will have a royal asterisk.

How do we remove this asterisk when we have manacled ourselves to the Crown by a constitution that requires the agreement of all of the legislatures of the provinces and both houses of the Parliament to change? We can start by again treating the Governor General as the de facto head of state in all ways that the constitution does not actually preclude. The incumbent, like his predecessors, is a successful, distinguished, bilingual Canadian who personifies the values and aspirations of Canadians better than any royal ever could. He should represent Canada on all occasions of state at home and abroad, for example on D-Day anniversaries. All "honours" would be imparted in the GG's name. Further, we should change the Oath of Citizenship to require new Canadians to swear allegiance not to "to Her Majesty Queen Elizabeth II, Queen of Canada, Her Heirs and Successors…" but just to Canada, and to the Canadian Constitution and rule of law.

When the day comes that Canadians are ready to change the Constitution in order to reform the Senate, we should also de-link from the monarchy and select our own Head of State. We could do so, for example, by empowering the 1050 elected members of the federal parliament and legislative assemblies across the country to elect a Governor-General from the membership of the Order of Canada. All powers vested in the monarch would be transferred to the Governor-General whose title could remain the same in deference to our history. In the meantime, we should prepare for that joyous day by retiring the portraits of the royal family from our foreign ministry and offices abroad and curtailing royal visits to Canada. And we should elect a government willing to make these changes. 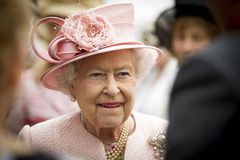