Charles, next king of Canada, has gone home.

While he was here, he celebrated heritage architecture and socially responsible business, promoted holistic health, talked with students on two coasts about sustainable fishing, the future of cities and entrepreneurship and poked about in organic food.

Those sorts of things are his causes.

He spent time with soldiers and sailors and their families, especially with the families of those killed in Afghanistan - it was his personal request that he meet with them - and took part in the nation's Nov. 11 commemoration of those who died in the service of the country.

The man is thoroughly engaged in good and uplifting works. He has become a global voice on climate change, organic agriculture and the built and natural environments, hugely important contemporary concerns.

What jars so many of his future Canadian subjects is - well, to begin with, it's the word "subjects." And then the title: "King of Canada." And then the accent: not Canadian, no raised ou diphthong. Probably doesn't say "eh." Lives offshore.

All of which means that, before he and wife Camilla, Duchess of Cornwall, disembarked from their Canadian Armed Forces plane in St. John's to start their 11-day tour of the country, much of the media had proclaimed Canada's irrefutable destiny as a republic and had commissioned and published polls saying that Canadians are ambivalent about the monarchy.

Those well-choreographed dance steps the country takes whenever the Queen and Prince Charles arrive are understandable - we have a complex constitutional setup; it's difficult to understand. But they're apt to overlook two things:

First, the Canadian monarchy doesn't simply mean the Queen is head of state with Charles waiting in the wings. It means that this is the way the country is governed; it's the nuts and bolts of how the country works. Second, changing that status would be political and legal agony because the Crown has metastasized throughout the Constitution.

The difficulty with the monarchy is that the two people who personify it - only the Queen and Charles constitutionally have relevance to Canada, the Queen as the legal personality of the state and the Prince as heir apparent - are at best transnational and at worst British.

But the institution itself is not a colonial hangover. It is thoroughly Canadian.

Its roots lie in the establishment of New France - Quebec - by King Francis I in 1534 and the claim made to Newfoundland by England's Queen Elizabeth I in 1583. The present Governor-General, Michaëlle Jean, is the 64th representative of the Crown since Samuel de Champlain.

Historian Jacques Monet says of the Canadian Crown, "It is one of an approximate half-dozen that have survived through uninterrupted inheritance from before the country itself was founded."

The Royal Proclamation of 1763 issued by Britain's King George III is the legal basis for aboriginal land claims and assertions of self-government and is rightly known as the aboriginal people's Magna Carta. It established government in Quebec. It is a part of Canada's Constitution.

When the present Queen visited Labrador in 1997, Innu community leader Mary Pia Benuen told journalists, "The way I see it, she is everybody's queen. It's nice for her to know who the Innu are and why we're fighting for our land claim and self-government all the time."

After the American Revolution, the so-called loyalists who came north weren't just poor-loser Anglos who wanted to keep their Little England on this side of the Atlantic. They were African-Americans, Germans, Iroquois - including 6,000 Mohawks - and Anglos.

They had a philosophy that brought them north. Theirs was a decision not to buy into American manifest destiny or the triumph of individual rights over collective well-being. They chose not to sign on to any compact of becoming American. Rather they chose a simple allegiance to the Crown.

FOUNDATION OF OUR PLURALISM

Because the Canadian nation is founded on allegiance to the Crown (the state personified by the sovereign in whose name the state acts) and not on compact (agreement to certain values), there is no process in becoming Canadian akin to conversion, no pressure for uniformity. Which is the foundation of Canada's pluralism and multiculturalism.

The Crown was essential to the development of the constitutional theory of responsible government in Canada in the 1840s and 1850s, the notion that the sovereign through his or her representative had the constitutional role to uphold the law but could not make law.

Responsible government established the principle that the sovereign could be equally and simultaneously advised by the governments of the then colonies of British North America and imperial Britain - opening the door for the creation of an independent Canada.

(Interestingly, the only known modern time the advice has been conflicted was when British Prime Minister Tony Blair advised the Queen to make Conrad Black a lord, and Jean Chrétien advised her not to. Mr. Black had to renounce his Canadian citizenship to escape Mr. Chrétien's constitutional reach.)The Crown was essential to Canadian identity after 1867, with the declaration by Georges-Étienne Cartier, who did much to broker Quebec's entry into Confederation, that while Canadians would never be an ethnic nationality, they could be a political nationality whose unifying symbol was the Crown.

The Crown became central to the definition of Canadian federalism in 1892 when the Judicial Committee of the Privy Council ruled that the Crown in the provinces is co-equal with the federal Crown within the separate constitutional jurisdictions of provincial legislatures and Parliament - the so-called watertight-compartments thesis of Canada's Constitution.

The Crown was central to Canadian nationhood in 1931 with the Statute of Westminster, the declaration that the sovereign could be advised only by the Canadian government on matters pertaining to Canada.

And the Crown was the final instrument of independence in 1947 when the sovereign - by means of what's known as Letters Patent Constituting the Office of Governor-General of Canada - transferred to the governor-general all but a few minor constitutional duties as head of state, although the title remained with the sovereign.

So all that is what Canada is and how it works. History, convention, judicial declarations, constitutional rules and rights, and 475 years of continuity through a completely Canadianized institution, making the country more a kind of crowned republic than a true monarchy. But a monarchy personified by an offshore sovereign, which Canada shares with 15 other countries.

It is the offshore sovereign that gets in the way of people seeing and understanding the Canadian institution. And because of that absence of understanding, the calls to sweep away the monarchy - the misnomered British or colonial monarchy - seldom if ever include a realistic blueprint on how to flick it into the trashcan.

Terminating Canada's history as a monarchy is one thing; the media, academy and public service have been working on that for years. Rubbing the monarchy out of the Constitution is something else.

Thus, the argument that all Parliament needs do when the Queen dies is not proclaim Charles as her successor simply won't work. The monarchy isn't Parliament's alone to dispose of.

History, judicial rulings and constitutional evolution have left Canada with a tripartite head of state: sovereign, governor-general and 10 provincial lieutenant-governors.

Constitutionally, moreover, without the monarch Canada has no Parliament - and no government. Section 9 of the Constitution Act, 1867, says the executive government of Canada is vested in the sovereign, and section 17 says that the Parliament of Canada consists of the Senate, the House of Commons and the sovereign. The language might be arcane and musty but the meaning has very real legal substance.

But Britain's Judicial Committee of the Privy Council - described by the late constitutional scholar Eugene Forsey as the wicked stepmothers of Confederation and, until 1949, Canada's highest court of appeal - altered that definition in 1892 with its ruling that the provincial Crowns were co-equal with the federal Crown within their respective constitutional jurisdictions.

Thus, to put things simply, the provinces and the country jointly own the monarchy.

Which is why Section 41 of the Constitution Act, 1982, states that any amendment to the Constitution "in relation to the office of the Queen, the Governor-General and the Lieutenant-Governor of a province" requires affirming resolutions by Parliament and all 10 provincial legislatures.

And as constitutional scholar Ian Holloway, dean of law at University of Western Ontario, points out, the Supreme Court of Canada has ruled that it is appropriate to infer principles that mightn't be overtly set out in constitutional documents.

"For the federal government [on its own]to try to republicanize Canada through the back door … would, to my mind at least, be contrary to the inferred principles underlying Section 41," says Prof. Holloway.

So every province and both chambers of Parliament would have to vote in favour of getting rid of the monarchy. Likely, as well, there would be a referendum - following the precedent set by the Charlottetown Accord referendum of 1992 - requiring majorities nationally and in each province.

In sum, turning Canada into a republic would require both an evisceration of history and a complete constitutional enema. With everyone having to keep in mind why they were going to the trouble. 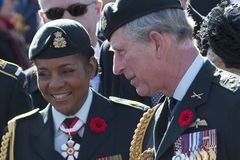 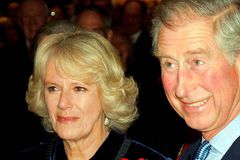 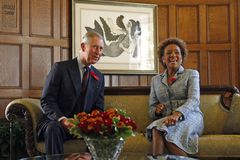