We should be loyal to our families and communities, but we should also be concerned about global poverty and the plight of people we may never meet. How can we reconcile these two moral convictions? Maybe a certain emerald superhero and his interstellar comrades can help.

The movie Green Lantern features not just the character of Hal Jordan (played by Canadian Ryan Reynolds) but also the Green Lantern Corps: an intergalactic group of superheroes helping to protect the universe, under the leadership of the Guardians of the Universe. One corps hallmark is the way members of different species work together, with no more than a shared loyalty to the corps to bind them.

This loyalty to something that transcends their own backgrounds allows them to express concern for citizens of other worlds. But even with this broadened moral community, they can still run into conflict with each other and with the guardians, given their different world views. It's not surprising that part of the drama of the comics involves arguments about what values the corps ought to be promoting or protecting.

For instance, Sinestro (played by Mark Strong in the movie) believes that maintaining order on his home planet of Korugar is his most important goal as a Green Lantern. Hal, on the other hand, believes that Sinestro's oppressive method of imposing order comes at too high a cost in terms of freedom and well-being. Despite Hal's respect for Sinestro's sense of duty, they continually run into conflict (even before they become sworn enemies).

This conflict fits with psychologist Jonathan Haidt's research. Five foundations of morality, he says, have developed over our evolutionary history - harm/care, fairness/reciprocity, in-group/loyalty, authority/respect, and purity/sanctity. Prof. Haidt finds that people who identify as liberals tend to base their moral reasoning on the first two foundations, whereas people who identify as conservatives tend to use the last two. Consequently, the two sides have difficulty understanding each other: It's not just that they disagree on moral issues, but that they have significantly different ways of conceiving morality itself.

We can also see this play out in the debates between different forms of moral theory. Each of them is assumed as a commonsensical standpoint by its advocates, but they are deeply at odds with each other. For utilitarians, it seems obvious that decisions ought to be formed in a way that will promote the greatest good of the greatest number. For deontologists, who are focused on duty and universal principles, it seems just as obvious that we owe each and every person a respect that can't be overridden. And for care ethicists, who focus on context and relationships between people, the impersonal calculations of utilitarians and deontologists can seem excessively cold and unfeeling. These debates show that, while our own moral principles are obvious to us, they're not obvious to everyone.

In exploring how the Green Lantern Corps members co-operate in the fight for justice while disagreeing about what justice is, we can see the many foundations of morality at play in a way that's removed from our day-to-day worries. By watching these members struggle with different views of right and wrong, we can gain insight into the concerns of people whose moral foundations differ from our own. This can only help in promoting civility within political and moral discussions, even for those of us without incredible power rings at our disposal. 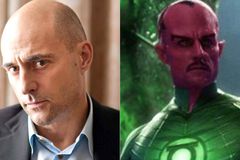